It may sound glaringly obvious that movements in the price of precious metals or any other commodity are relative to the currency they are quoted in, but it is surprising how many people don't realise it. We frequently get people phoning us to buy or sell gold and silver, and telling us that gold has gone down (if they are buyers), or up (if they are sellers). Sometimes they are right, but often they are wrong. Although, it could be argued that they are both right and wrong at the same time! How can this be? Please read on, there is a simple explanation for this conundrum.

Gold Prices Can Go up and down at the Same Time!

Yes it's strange but true, and it happens most of the time. The key to unravelling this apparent contradiction is to realise that people often measure precious metals in different currencies. If your yardstick shrinks or grows, it will give you wrong measurements. If different people use different yardsticks, they are almost certain to arrive at different answers.

Will Gold and Silver Prices Go up or Down?

When you think about the above example, you may realise that all price movements are relative to the commodity or currency against which they are being compared. Nothing is absolute. Of course, if a metal has just gone up against all major currencies, it is tempting to believe that the metal has in fact gone up in price. However, it is also possible that all the currencies have actually gone down. Isaac Newton and Albert Einstein would have understood this completely, but you do not need to be a genius to understand it.

There is another question which an enquiring mind would raise. Is it correct to measure precious metals against the dollar (or pound, or euro)? What are we trying to measure, and what is our ruler or standard? 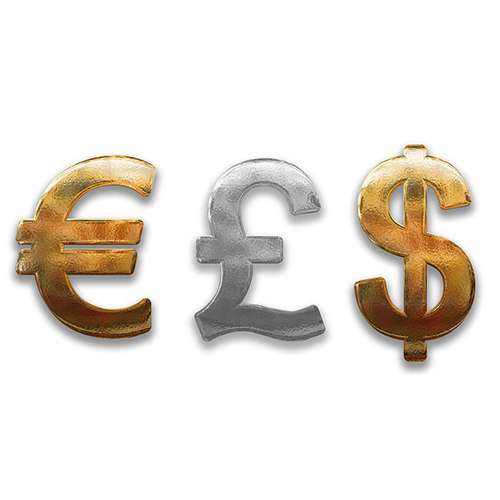 Relative Motion - Trains in a Station

We must all at some time have been on a train, in a station, when the train at the next platform has pulled away. Leaving us with the false impression that we were moving and that the other train has remained stationary. This is an example that all motion is relative, it's just that we humans generally judge our motion relative to the earth. Sometimes we find ourselves judging it relative to something different, such as the train at the other platform. It's the same when we try to work out whether it is gold or a currency which has moved.

Just to take the example further, let's assume we are sitting on a stationary train, and both the trains on adjacent platforms start to move at the same time. If they both moved in the same direction, we would be convinced that it was we who were moving. However, we would be experiencing an illusion. If the trains moved off in opposite directions, we may become even more confused about which of the three were moving and in which direction. If we looked left, we would think we were moving in one direction, but if we looked right, we would appear to be moving in the opposite direction.

Because we are based in the UK, and most of our customers are also UK based, we tend to quote all of our prices in British pounds. Because of relative movements between currencies as discussed above, particularly over medium or long periods of time, we often get enquiries from people about why our prices are higher now than they were previously when the precious metal price has moved down or vice versa. The answer almost always lies in the fact that the enquirer has been looking at precious metal prices in dollars per ounce, and we are quoting in pounds per ounce. It can become quite frustrating trying to explain this to some people. I have heard members of our staff repeatedly trying to explain to British customers that we quote prices in British pounds not US dollars. Incredibly, some (British) customers want us to convert our quoted price into US dollars!

For American customers, we are quite happy to convert our prices into dollars. Just as, for our Eurozone customers, we are also quite happy to convert into euros. We operate bank accounts in all three currencies, but our main account is in sterling. Because of extra administrative costs, banking costs, and foreign exchange costs, our non-sterling prices will be less favourable than our sterling ones.

Up, Down, and the Same

We hope this page has been useful. You may wish to see some of the other advice and information pages on our website:

You may wish to view all of our articles on our gold guide and silver guide.