Below we discuss differences in the obverse designs of first and second type George V gold sovereigns. 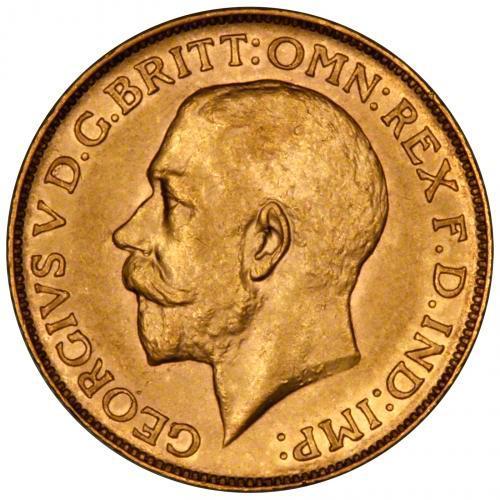 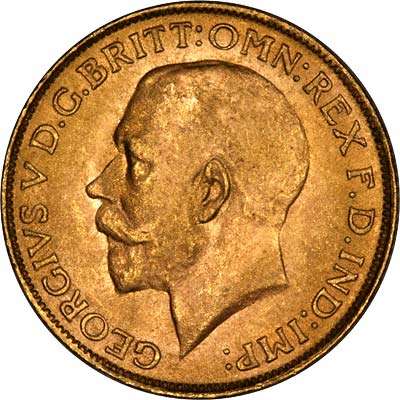 There are two types of George V gold sovereigns. The first type was issued from 1911 to 1928 inclusive. In common with all early George V coins, they featured a large sized portrait. This appears to have provided constant problems for the Royal Mint. A simple explanation of this problem was the amount of metal displaced in striking. The more metal displaced, the greater the stress on the dies, and the shorter their working life. On the minor coins, the Mint made numerous changes, especially between 1925 and 1927, and most denominations went through three different obverse designs. The sovereign only underwent one change, between 1928 and 1929.The two types are generally referred to as the first, large, portrait, and the second, smaller portrait. We have deliberately chosen two coins from the same mint, in this case Pretoria in South Africa, and of contiguous dates, 1928 and 1929, and have selected coins in the best condition available.

The easiest and most obvious difference is the wider and more distinct border on the second type, with the addition of an inner circle. The whole portrait is also smaller, although many people cannot perceive this instantly. The portrait has also been completely recut, and the engraving lines forming the hair and moustache are deeper, some may say coarser. The engraver's initials B.M. are repositioned further to the right. 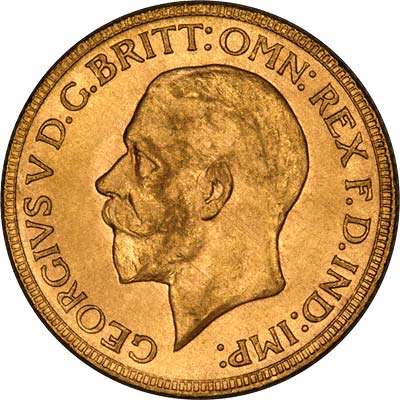