Born in 1841 to Queen Victoria and Prince Albert, Prince Albert Edward was to prove the longest serving Prince of Wales in British History up until that point. His reign was relatively short, as he was already an old man by the time his mother the Queen had died, but like his mother, he lent his name to an age that preceded the First World War.

The young Prince was subjected to a stringent educational regime engineered by his father, Prince Albert. Although he was intelligent, he did not take well to his lessons, and was a mediocre student. In contrast to his more scholarly elder sister, the heir to the throne proved to be a disappointment to his father, who made little attempt to hide this from his son. 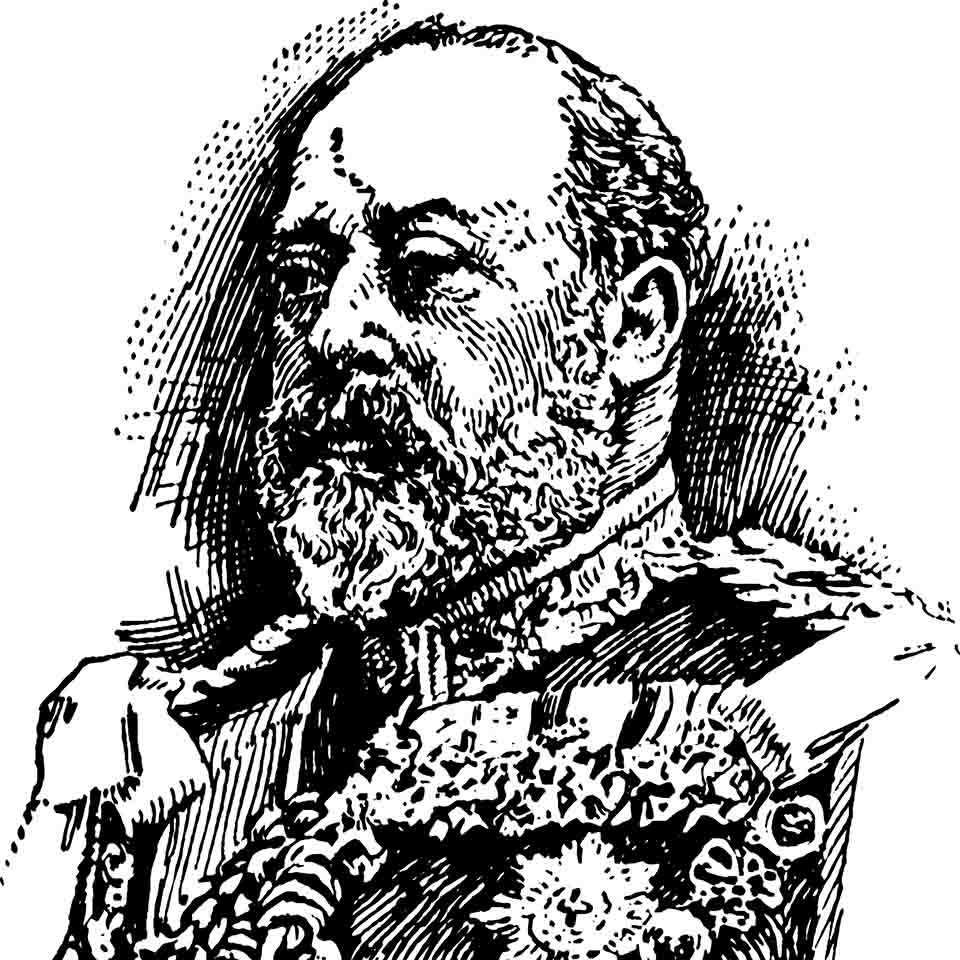 As Edward grew into adulthood, Edward tried to make himself useful to his country and to the monarchy. In 1860, he was sent on a diplomatic tour of North America designed to boost ties with British subjects in British North America (later Canada) and to improve relations with the United States. Edward's personal charm and tact won over many people on this tour, which was a great success. Afterwards, Edward lobbied his parents to be allowed to gain a commission in the British Army. After some persistence, Edward was allowed to join the Grenadier Guards, and whilst on military manoeuvres in Ireland, he met the music hall actress Nellie Clifton, with whom he had an affair. When the Prince Consort found out about this, he was visibly angry and travelled to Cambridge where Edward had resumed his studies in order to rebuke him. Prince Albert died of Typhoid soon after this, and Queen Victoria blamed Edward as being partially responsible for his father's demise, and relations between mother and son, already cold, were thereafter even more strained.

A marriage between Edward and the Danish princess, Alexandra of Denmark was arranged, and the couple were married in 1863. Edward was rumoured to have carried on with many affairs after his marriage, much to the consternation of his mother. In spite of this, the marriage was a comparatively happy one, and produced six children, including the future George V.

Because of his mother's withdrawal from public life following Albert's death, Edward took on a more active role in representing the monarchy in public events by travelling abroad on diplomatic visits and opening public buildings. He was the pioneer in fulfilling this Royal role, which was continued in subsequent reigns. On a visit to India in 1875, he was notably critical in private letters home of the racism he saw being perpetuated against the natives by the British colonial authorities. He wrote: "Because a man has a black face and a different religion from our own, there is no reason why he should be treated as a brute." By the standards of the day, this was unusually enlightened thinking.

Edward suffered a great personal tragedy however, in 1892 when his eldest son Albert Victor, the second in line to the throne, died of pneumonia. Edward however continued to employ his chief skill as a roving diplomat for Britain by touring abroad, where in Belgium, he was subject to an unsuccessful assassination attempt by a teenage anarchist in 1900. The following year, his mother the Queen died at Osbourne House, and Edward, then in his 60th year ascended the throne as Edward VII.

Edward was officially crowned as King Edward VII on the 9th of August 1902. During his short reign, he took steps to modernise the Royal Navy by lending his support to the reforming admiral Sir John Fisher, proponent of the Dreadnought, and fostered the entente cordiale with France in 1904, he also visited Russia in 1908 for the same purpose. He was deeply distrustful of his nephew, the German Kaiser Wilhelm II, whom he viewed as unstable and bellicose and who would eventually drag Britain into a war against Germany. Events four years after the end of his reign later proved him to be correct, but his efforts in modernising the Navy and the Army (in the wake of the almost disastrous Boer War) and forging alliances with France and Russia would prove invaluable later on.

Edward VII died at Buckingham Palace on the 6th of May 1910, and was succeeded by his eldest surviving son, George V.

Edward VII's reign came to be conceived as a kind of golden age before Britain was plunged into the abyss of war, and what is termed as 'the Edwardian Age' is extended beyond the end of his reign in 1910 until the outbreak of War in August 1914.

Numismatically, The coinage of the Edward VII is notable for the matt proofs issued in 1902, his coronation year, and also for the founding of the Royal Mint branch at Ottawa (later part of the Royal Canadian Mint), which struck sovereigns for circulation throughout the British Empire with a 'c' mintmark. In 1908, the King decreed that in future, Maundy sets should only be supplied to those connected with the annual Maundy Ceremony (they had previously been generally available to any member of the public who requested them) and therefore, those dated 1909 or later tend to be scarcer and have a more tangible connection to the monarch themselves through their role in the Maundy Ceremony. For some reason, silver issues, particularly in the higher grades, tend to be quite scarce for this monarch compared to those of his mother and those of his successor. The 1905 halfcrown is a particular rarity, and the unique florin design of Edward VII's tended to wear out quickly where the date is, leaving those coins where the date is still visible more difficult to find than most of those of his son's reign.