Is there a big difference between 22 carat and 24 carat gold coins? Here, we look at what the fineness or "caratage" of a gold coin. 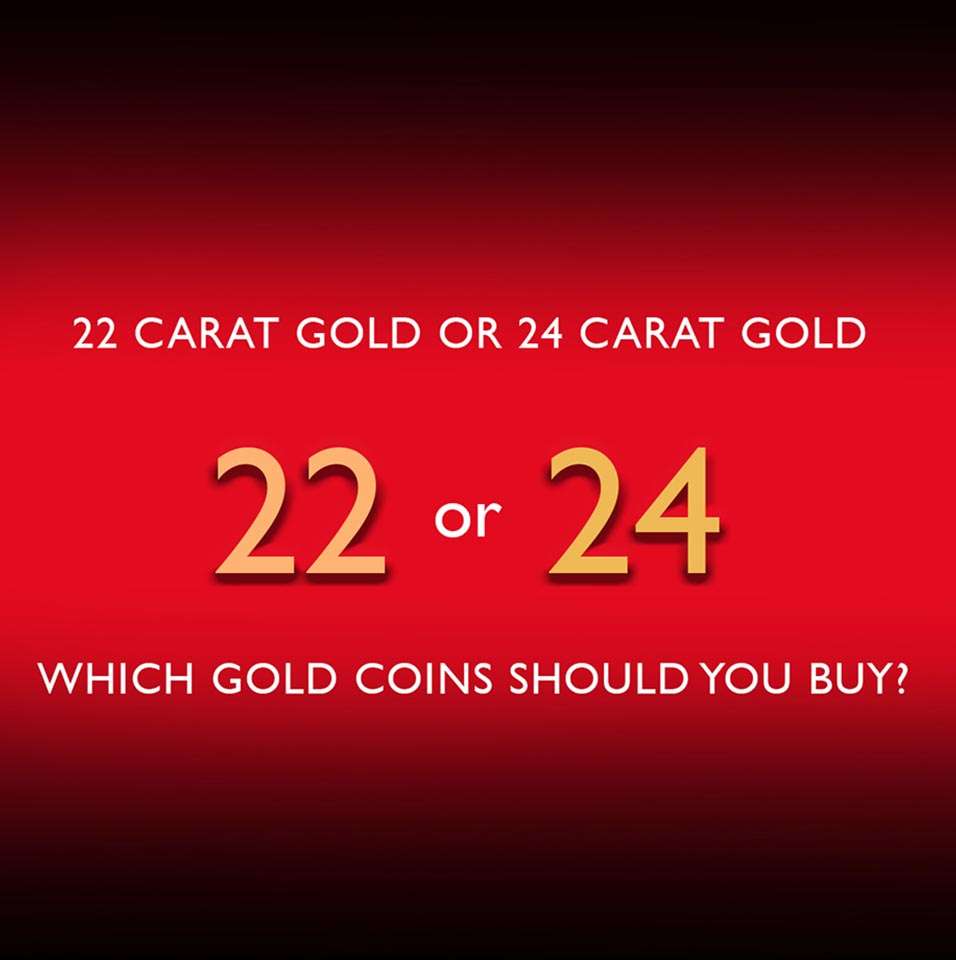 Depending on where you're from you might see diffent spellings and abbreviations for carat. Most of the world, including the UK use carat while the US uses karat. Interestingly, the US uses the more common spelling when referring to gemstones. (Common abbreviations include 24kt, 22-ct, 22k, 24-k etc.)

What is a Carat?

A carat* is a way of measuring the proportion of gold purity in an alloy. The ratio of the pureness of the gold is worked out using 24 parts for the whole. One carat is 1/24th of the whole, 22 carats is 22/24 parts of the whole.

*Karat is the American variation of carat.

Fineness is simply another way of measuring the purity which is calculated per thousandth of the whole. Whether the fineness is expressed as 999, 99.9, 0.999 they are all the same, 999 thousandth gold with a 1 part base metal.

You will often see coins being described in both carat and fineness:

The Difference between 22 Carat and 24 Carat Gold

22 carat gold coins contain .916 gold with the remaining 0.084 alloy comprising of a 'base' metal, usually copper but occasionally silver, zinc, nickel or a combination.

24 carat gold coins contain .999 gold with the remaining 0.001 alloy comprising of a 'base' metal. This is often so minimal that the one thousandth part is almost impossible to define what it is.

We should point that it is almost impossible to economically or commercially obtain absolutely pure gold. 24 carat gold would be absolutely pure. Before electrolytic refining, highly refined gold was usually .9995 pure (99.95%). If we convert this to carats, it would be 23.988 carats. London good delivery gold bars are acceptable at .995 which is "only" 23.88 carats. With electrolytic refining, it became commercially economical to produce .9999 fine gold, which works out to 23.9976 carats. The Royal Canadian Mint also produce a .99999 fine gold coin, advertised as the world's purest gold coin. This works out at 23.99976 carats. It follows from this, that it is more accurate to refer to these coins by their millesimal fineness rather than as 24 carat.

Gold coins have been made to a variety of standards of purity for thousands of years. By the nineteenth century, many countries issued coins in either .916 fineness (22 carat) or .900 fineness (21.6 carat). This variation was dependent on whether the country’s coinage system was influenced by British (.916) or European (.900) standards.

Coins struck in 22 carat gold are strengthened by the addition of other metals thereby creating coins which were durable, almost impervious to tarnishing and able to withstand years of wear with very little sign of damage. This was particularly useful for coins which were used as money. 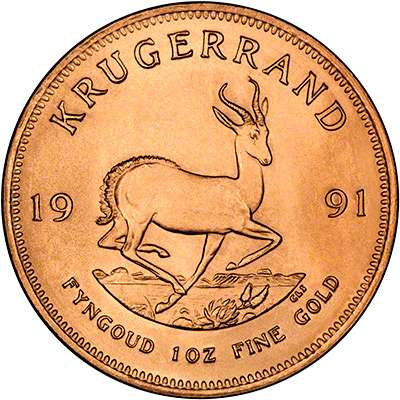 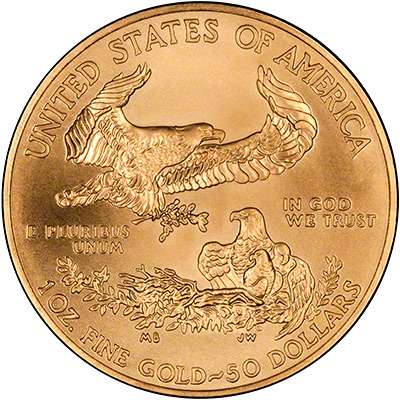 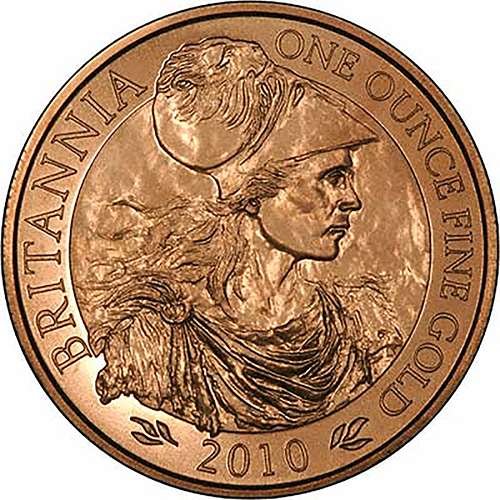 During the 1980’s, a number of mints decided to issue 24 carat gold coins. The perception of buying a pure gold coin appealed to many investors who thought they were getting a better quality gold coin.

The Royal Canadian Mint went one step further and issued the 99999 Maples! Whilst these are supposed to be the most pure gold coin that you can buy, they still have a minuscule 0.00001 element that prevents it from being pure gold. Even though the 99999 Maple is classed as 24 carat gold, we have still seen coins with red spots** on them. 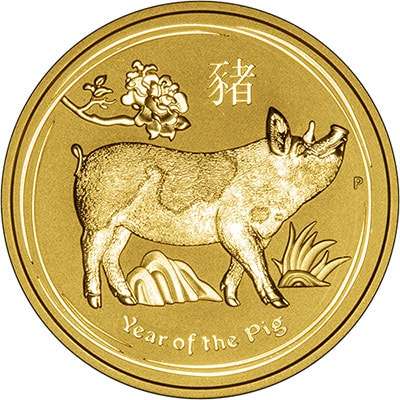 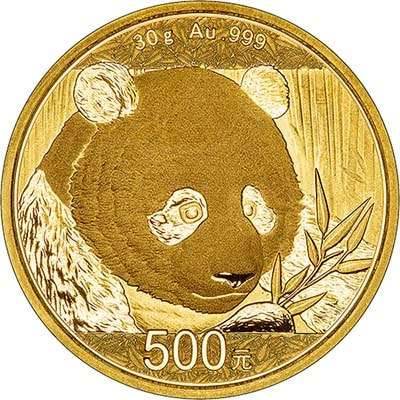 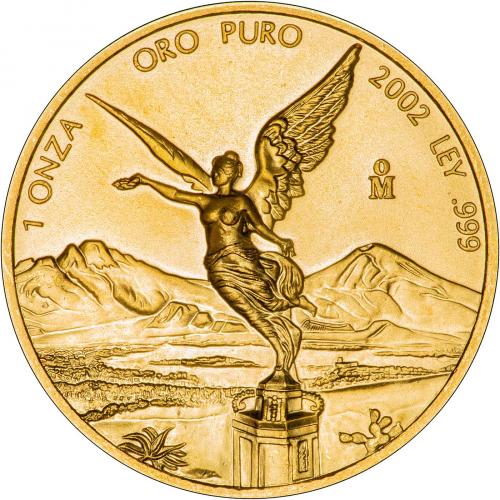 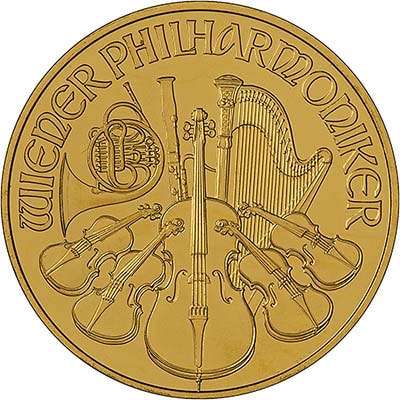 **Red spot is a natural process where the alloy oxidises and forms small reddish marks on the surface of the coin. We do not feel that this detracts from the value of the coin. Read more about red spot here.

How Much Gold In A One Ounce Coin?

Watch our video on how to measure the gold content of a 1 ounce gold coin.