From 1957, bullion sovereigns were issued almost every year until 1968, then not until 1974 when regular production was restarted. 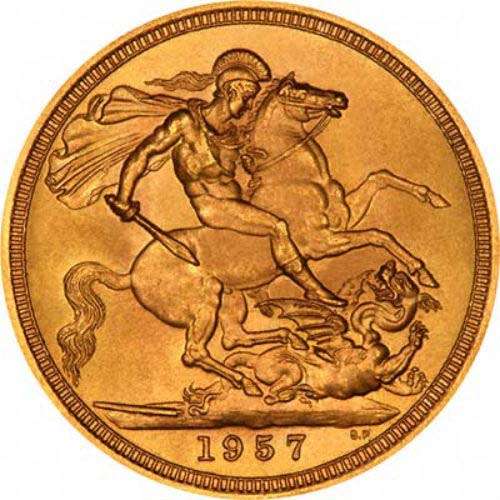 In 1979, a proof version was issued, and this continues to the present. How do these proof sovereigns differ from gold bullion sovereign? Well this would be the standard to which the coin's design is produced, specifically the definition and clarity of its engraving with proof typically being the highest standard that the mint produces.

In 1989, a special 500 commemorative design was produced, inspired by the very first gold sovereign of 1489, showing H.M. Queen Elizabeth II seated facing on a throne. This was only issued as a proof. Although it seemed reasonably popular at the time, demand for it has grown steadily and strongly over the past few years, probably because as a single-date type coin, it is in demand by both date collectors and type collectors. 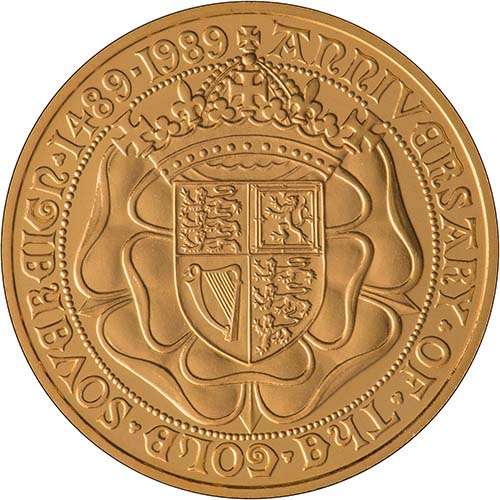 In 2002, the shield reverse design that had last been used in 1887 the was resurrected in modified form for one year only to commemorate the golden jubilee of Queen Elizabeth II. Also popular with collectors as a one-year type. 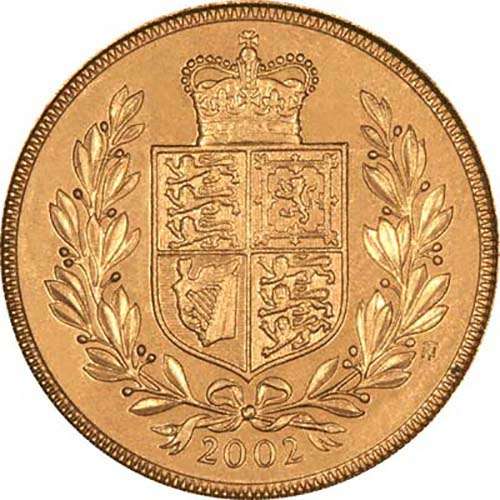 In 2005, the Royal Mint issued another new sovereign design, actually a new twist on an old design, a new, slightly modernistic version of Saint George slaying the dragon. This coin was issued in both normal circulation (bullion) and proof versions. Writing this during 2006, it appears so far to have followed a similar demand pattern to that of 1989, moderately popular at first, but with demand seeming to strengthen as time goes by. 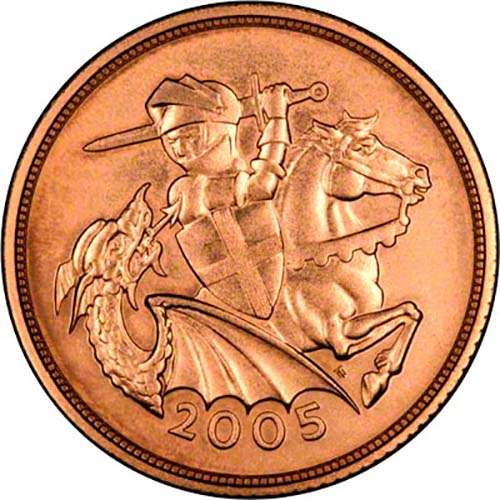 It appears likely that gold sovereigns will continue to be struck every year for sale to collectors. They have become a very popular gift item for christenings and other special occasions. Of course all this may change if we adopt the Euro