Why Use Die Numbers?

There are many possible reasons for using die numbers. The most obvious is to be able to check and control the quality of the dies, particularly if experiments were being conducted into die wear. It is possible that different methods of treating and hardening dies may have been carried out, and die numbering would have helped to ascertain which methods of processing were most successful. Other possible reasons include quality and security control during production. 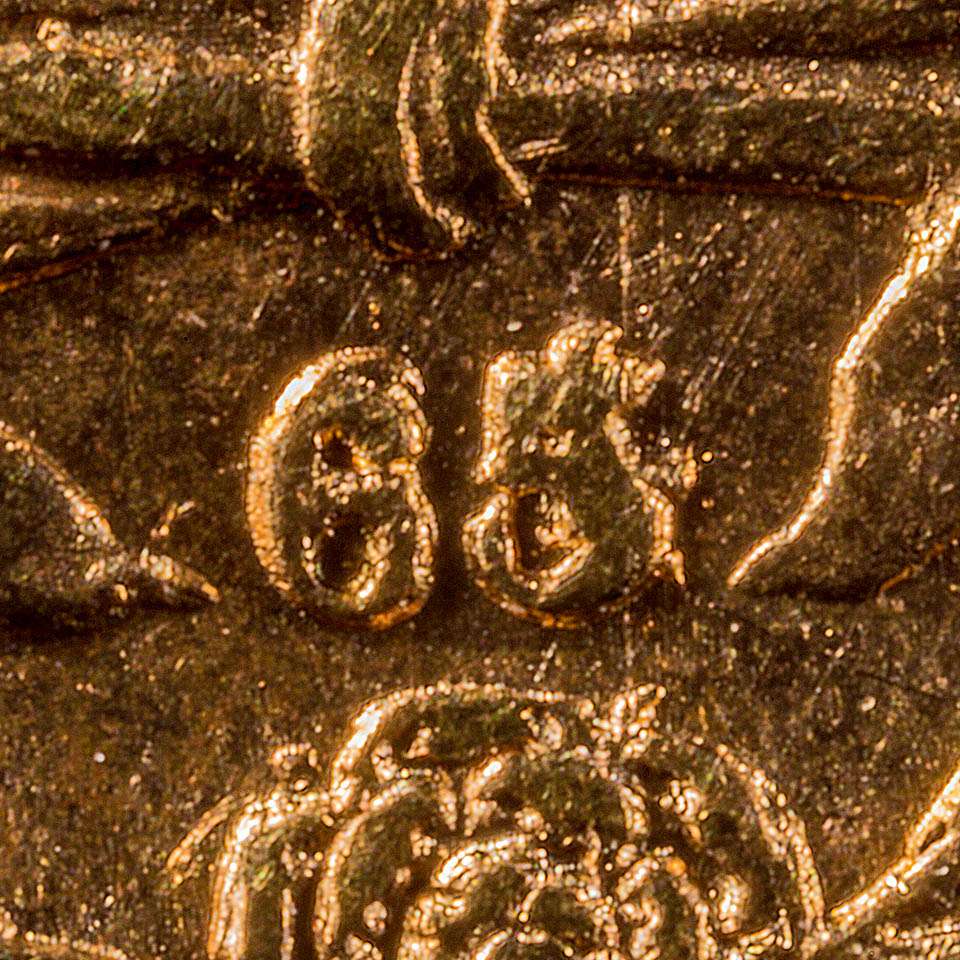 Whatever the original purpose, there is no doubt that die numbers can add extra interest for coin collectors. It could be a challenge to attempt to acquire one of every die number for a particular date.

Most collectors will have realised that die flaws are fairly common on older coins, before say the twentieth century, mainly because die production had not been perfected, but also because many older coins were designed with higher relief (the design is raised relatively high above the field or flat part of the coin), and we believe that high relief coins are more aesthetically pleasing. Unfortunately high relief tends to increase die wear and damage, so that most modern coins are struck in relatively shallow relief.
It can be fascinating to find different specimens of the same coin showing different stages of die flaws and damage. This is particularly so with coins medals and tokens with low mintage figures, but for sovereigns which were issued in larger quantities, it is more difficult to find a series of coins showing progressive die wear. For the sovereign issues with die numbers, it becomes slightly easier to trace the progress of a particular die flaw with certainty that the specimens were produced by the same die.

In 1863, a small number of sovereigns were struck with an obverse die number "827" on the truncation of the neck. These are very rare. 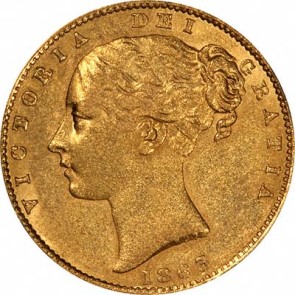 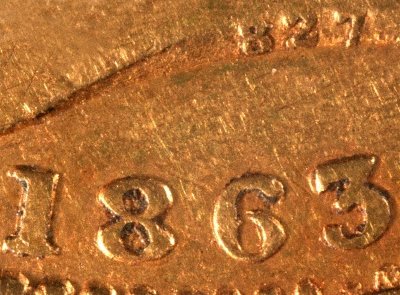 Please see our page on mintmarks and how to find them.