2017 marks the 200th anniversary since the death of one of the UK’s most famous authors, Jane Austen. The Royal Mint have issued a beautiful coin to commemorate the life and works of the acclaimed Regency writer. 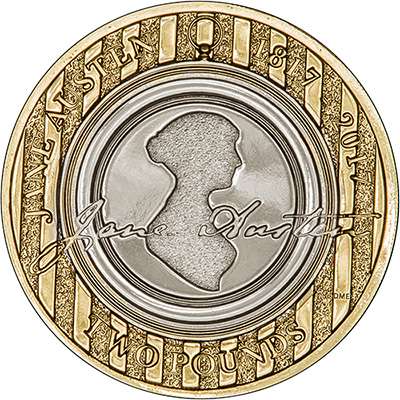 The Life of Jane Austen

Austen was born in 1775, in the village of Steventon in Hampshire. She was one of eight children. In her early years, Austen would write poems and stories to entertain her family.

Before the age of 20, Austen began writing her first novel. Her best known works include Pride and Prejudice, Sense and Sensibility, Mansfield Park and Emma. During her lifetime she had four books published. A further three novels were published posthumously. 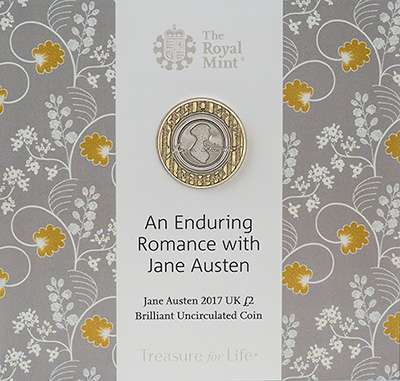 The design on the coin was inspired by the Regency-era as well as the Jane Austen portrait held at London's National Portrait Gallery.

It bears a silhouette on a pendant with the author's signature. The text reads “JANE AUSTEN 1817 – 2017 TWO POUNDS”.

The reverse was designed by the Royal Mint designer, Dominique Evans and the design itself has been approved by Professor John Mullan, a leading Jane Austen academic.

The coin ia available in a number of different finishes and metals. The BU design offers an attractive Brilliant Uncirculated quality coin in a colourful presentation folder. The folder bears oak leaves as worn by Jane Austen on her Pelisse coat. 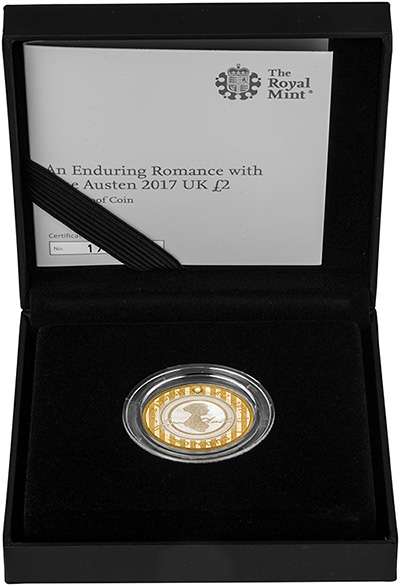 The silver proof coin has a mintage of 8,000, with 5,000 of these issued as individual coins. The rest of the coins will be issued as part of sets.

The coin with lowest mintage is the gold proof version. Only 884 of these coins have been minted, with 750 of those are issued as individual coins.

If you are interested in collecting £2 coins, visit our website* for some amazing offers and read our blog How Much is a 1986 £2 Coin Worth?.