If your looking to buy gold britannia coins please check our dedicated page by clicking here. You can also follow this link to our Britannia gold bullion coin section.

Many countries now issue a one ounce bullion coin, to be sold at a very low premium over the intrinsic gold value. The British version is the Britannia. Britannias were introduced in 1987, in four weights from one ounce to fractional sizes of half ounce, quarter ounce, and tenth ounce.
Britannias must rank amongst the world's most beautiful bullion coins. Both proof and bullion versions have been issued every year from 1987, although most of the proof coins are only available as part of complete sets.

Britannia first appeared as a reverse type on Roman coins almost 2000 years ago. She reappeared on copper halfpennies and farthings of Charles II from 1672, and continued to appear on bronze coins until decimalisation, when she jumped ship onto the new fifty pence coins.

Britannia is usually portrayed seated, but in 1901 to 1935 she appeared standing on British Trade Dollars, and from 1902 to 1910, also on the florins of Edward VII. The new "Standing Britannia" used on the gold britannia coins was designed by sculptor Philip Nathan.

In the EU including the Uk, "investment gold" including most gold bars and gold coins became exempt from VAT. This included gold Britannia coins.

In every year, The Royal Mint have produced proof versions of the Britannia. These are usually available only in sets of all four sizes, and in pairs of the two smallest sizes. We occasionally have one or more sets available, please take a look at our Britannia Proof Sets page. 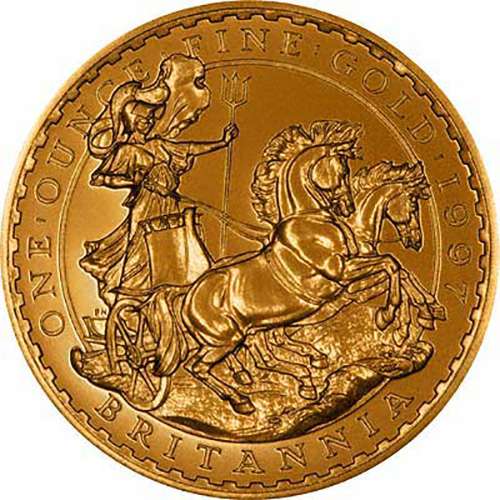 In addition, a new set of Britannia Silver Bullion Coins were introduced, weighing, containing similarly to their gold counterparts, one ounce, half ounce, quarter ounce, and tenth ounce of fine silver. For obvious reasons, silver Britannias were struck in Britannia silver (958 parts per thousand) instead of the more usual Sterling silver (925 parts per thousand).

As at February 2001, we believe that the Britannia gold and silver coins for this year may feature new designs, but we will probably not hear more than this until August or later.

In 2001, another design of Britannia is that on the 2001 gold and silver Britannias. This shows Britannia standing beside a lion, in a portrayal reminiscent of the Una & the Lion £5 gold coins of 1839. 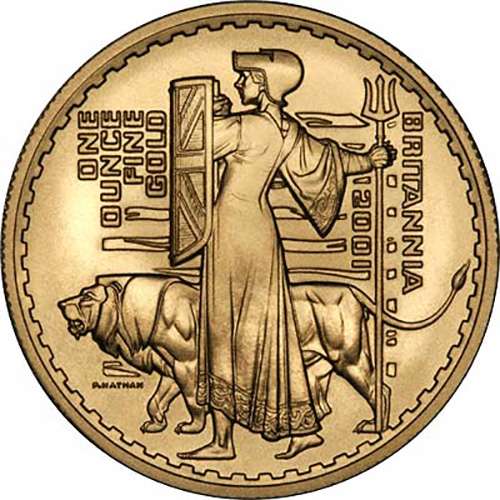 According to the Royal Mint:-

In 2005, a new seated Britannia design arrived, although this new design recalls some of the earlist Britannias from Roman coins, and also most of those from the reign of Charles II onwards. 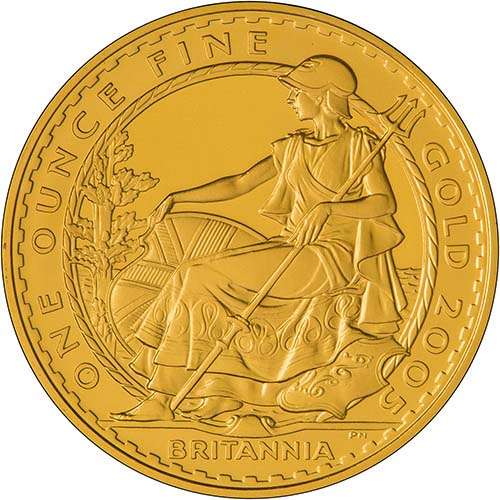 Gold Britannias are available in four different sizes and weights, from one ounce to one tenth of an ounce, as detailed below. 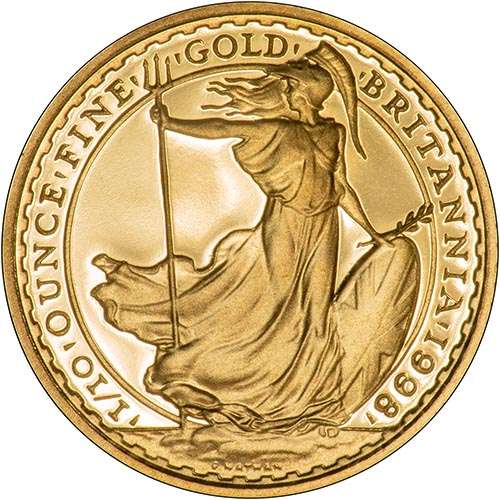 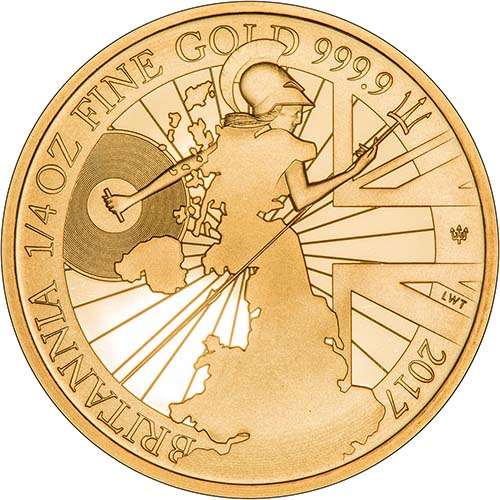 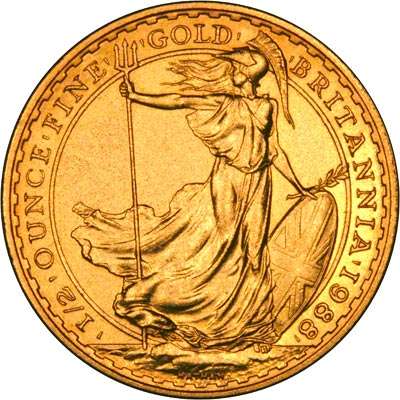 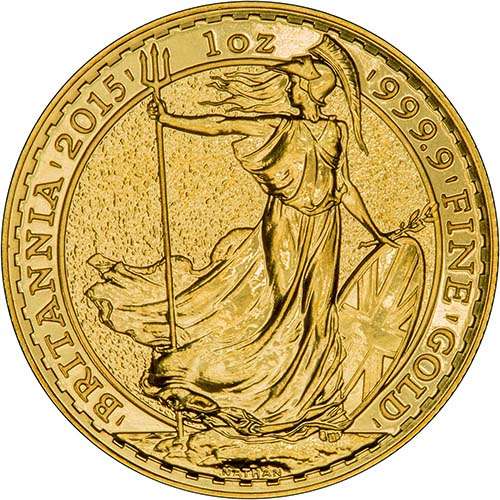 Britannia first appeared as a reverse type on Roman coins almost 2000 years ago.

She reappeared on copper halfpennies and farthings of Charles II from 1672, and continued to appear on bronze coins until decimalisation, when she jumped ship onto the new fifty pence coins. 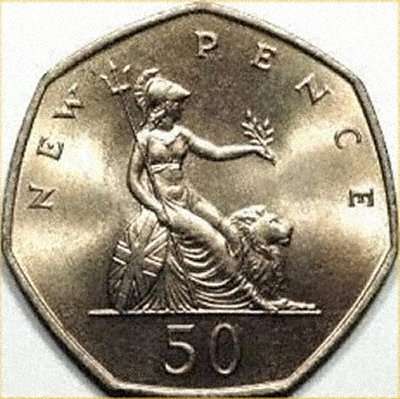 Britannia is usually portrayed seated, but in 1901 to 1935 she appeared standing on British Trade Dollars, and from 1902 to 1910, also on the florins of Edward VII.

Britannia also made an appearance between 1901 to 1935 when she appeared standing on British Trade Dollars, these were never circulated in Britain , but were made for use in the area of the Straits Settlements, Singapore, and Malaya.

As with most one ounce gold bullion coins, they are made available to world bullion dealers at a 3% premium over the current gold fix, so that after distribution costs, the coins would be available to investors in quantity at about 4% to 5% over intrinsic gold values, and possibly 10% premium for single pieces.

You can find all of our gold Britannias by clicking here and browsing the online catalogue. Alternatively our entire backdated gold and silver range can be found on this link. We provide a full breakdown in the table below with appropriate hyperlinks.