Silver Can Be A Good Investment

How High the Silvery Moon?

The gold silver ratio is obtained simply by dividing the current gold price by the current silver price. What currency you price them in does not matter, as long as you use the same currency for each, and obviously for the same weight, so US dollars per troy ounce will work just as well as euros per kilogram, or pounds per ounce.

When the gold:silver ratio is high it means that gold is expensive compared with silver, or the converse, that silver is cheap relative to gold.

When the first coins were made over 2,500 years ago in ancient Greece, the ratio of gold to silver was generally between 10:1 and 13.5:1, depending on the relative proximity of gold or silver mines. In the 1930's and 1940's the ratio reached 90:1 or higher, and in 1991 it peaked at about 98:1, although we have seen one source which claims over 100:1 peak. Other sources state that the gold silver ratio is no longer relevant in today's markets. We believe it is a worthwhile measure, but would stress that it is difficult if not impossible to state what the ratio "should" be.

It is almost impossible to state what the ratio "should" be. We give a brief history of it on our Gold Silver Ratio page, and we have created other pages with recent historical prices.

A good guide is probably to take the average over the most recent few years, as it is probably the best guide to where it "should" be in the next few years.

We do have some UK customers with VAT registered businesses, and they may be able to reclaim the VAT, but for most private investors, VAT on silver bars or coins remains inconvenient and iniquitous tax, which is why we do not normally recommend it, however sometimes, such as now, even losing the VAT, silver looks a better bet than gold.

As at October 2008, taking the current ratio of 83:1, and allowing for VAT (Gold/[Silver*1.175]), gives an after VAT ratio of over 70:1, which is still well above the recent average levels of about 54:1, and making silver theoretically still about 30% too cheap compared with gold.

Putting Our Money Where Our Mouth Is

For the dual benefit of our customers and ourselves alike, in the past few weeks, we have invested some of our spare capital into silver rather than gold, indeed we have used this to partially hedge our gold position, as it is difficult to source physical stocks of gold in the new and secondary markets.

As we wrote this, we had orders for over 1 tonne of silver bars, and over 3 tonnes of silver coins, ordered, paid for, and in stock.

In case any of our readers have not noticed the global banking, credit, liquidity, and mortgage crises, these have influenced a large number of people worldwide, and we are seeing almost unprecedented demand for physical gold and silver, in the form, of both coins and bars.

Most of the world's biggest gold and silver bullion coin producing mints are fully stretched trying to keep up with demand. The Royal Canadian, US, South African, Austrian, Mexican, Chinese, and Perth (Australian) mints are quoting long delivery periods, up to about two months, or have stopped accepting or restricted new orders. Our own British Royal Mint does not generally have competitive prices for its bullion coins, and seems to prefer to market "added value" products.

Amongst one ounce silver coins, the most popular are normally Canadian silver maples, American silver eagles, and Austrian Philharmonicas, in that order.

Best Buys - We currently have good stocks of most silver bullion products, including: 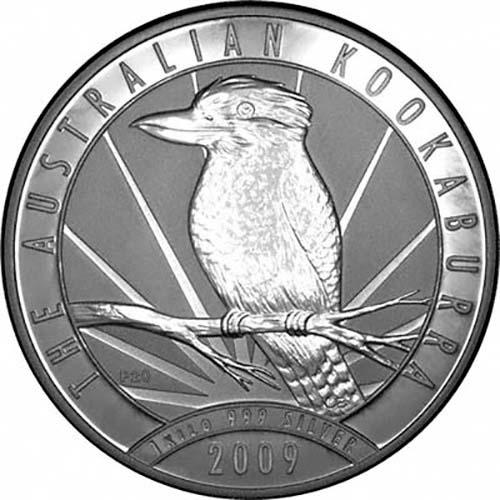 The silver coins can be sold on the special scheme which in our opinion makes them a better investment than silver bars. These products are usually available to buy at a much lower price as you only pay VAT on the dealers margin not the whole amount.

The intermediate sizes of silver coins, two ounce, ten ounce, five ounce, and half kilo enjoy intermediate premium rates, better (less) than one ounce coins, but not as good as kilo coins.

As our stocks change on a daily basis, our sales staff should be able to tell you what coins we have in stock, and what are expected for early delivery.

What Premium on Silver Coins and Bars?

We are often asked what the percentage premium is on silver coins and bars. We do not normally calculate this figure, because our cost prices are based on silver, plus an amount in US dollars, plus shipping and insurance costs. Our selling prices add a percentage to this, then we have to add VAT (for UK customers). Because of this, the actual percentage premium fluctuates. An investor can easily calculate it by taking our selling price, divided by the spot silver price. This is easy for one ounce coins. For kilo coins, first divide the price by 32.15, to find a price per ounce.

Anybody who studies the movement of gold and silver prices over the past few decades, or centuries, will find that the price of silver tends to fluctuate more than the price of gold. This is known as volatility. When silver prices go down, they tend to go down by more in percentage terms than gold. Conversely when silver prices rise, they tend to rise by more than the gold price, again in percentage terms. For this reason, many investors are "silver bugs", and enjoy dipping into and out of the silver market. Many of our customers make good short to medium term profits from doing this.

Many pundits who were strangely silent or quiet when the ratio was much higher, have recently become quite vocal, opining that silver prices have more upside potential. We think the opposite is now more likely. Indeed, we have put our money where our mouth is and offloaded or de-hedged, over 1 tonne of silver which we bought largely as a gold price hedge (late January - early February). During the time we held this position, silver outperformed gold by over 50% allowing us to take almost risk free profits. We now have a much more neutral position for each metal in respect of the other. On a longer term basis, we remain somewhat bullish on both metals. The silver pundits we refer to include some very well respected names.

This market data is provided as a free service for indication or information only. We accept no liability for any errors. It is based on latest available middle spot prices per ounce in US dollars.

You may wish to view all of our articles on our silver guide.