These coins celebrate the work of the first palaeontologists. Remains of the dinosaurs on the coins in this collection, Megalosaurus, Iguanodon and Hylaeosaurus, led anatomist Richard Owen to conclude that all three belonged to a distinct group of reptiles, coining the term ‘Dinosauria’ to describe this new taxonomic group. His discovery fuelled public imagination and ‘dinomania’ shows no signs of abating today. 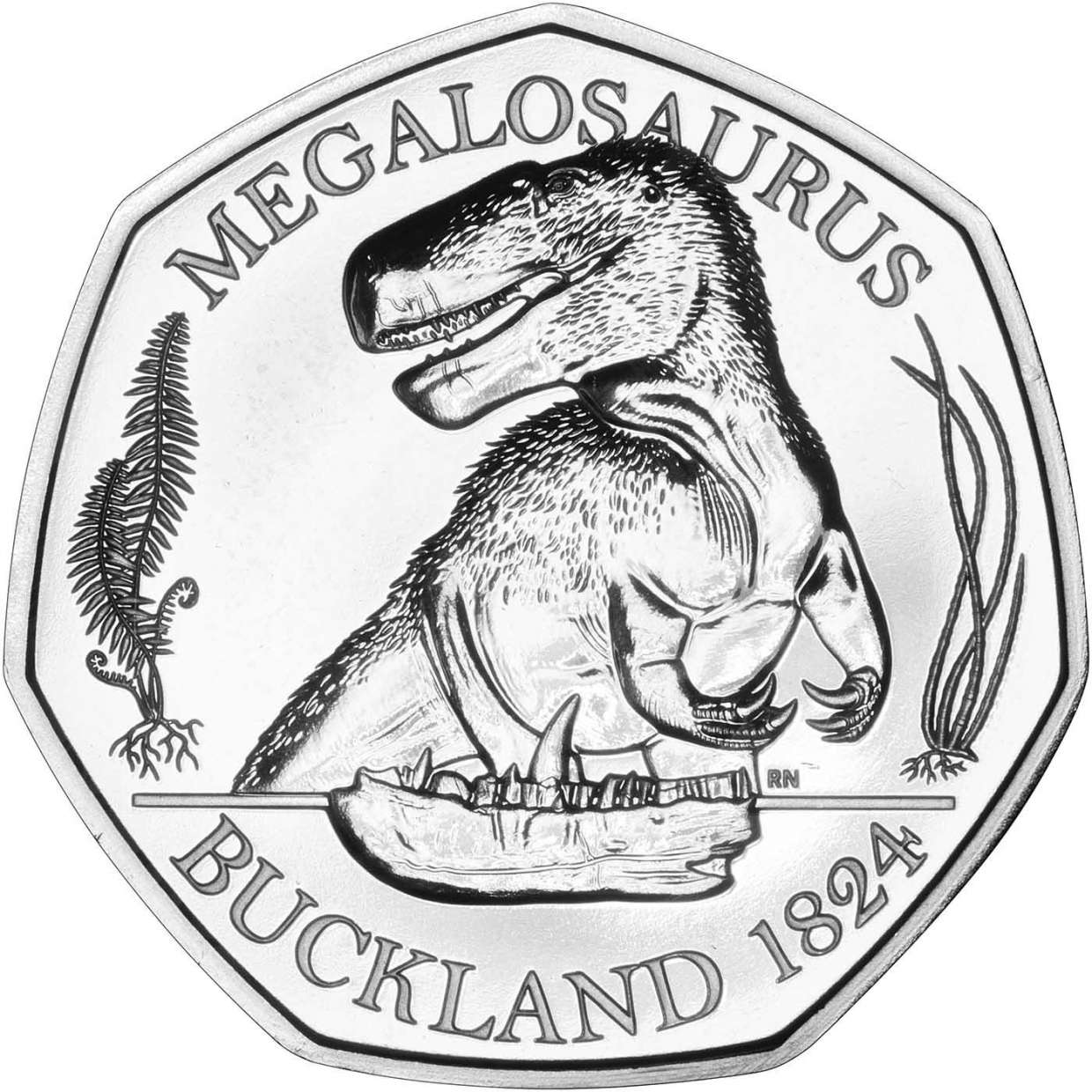 As a relatively new collection, the Dinosauria set is quite small. Although we are hoping for many more to come, at the moment, there are only three coins in the collection. So, as there are only a handful, we dont need a table to show you them all!  To learn more about one of the designs, it's varieties and the story it represents, select a link below. 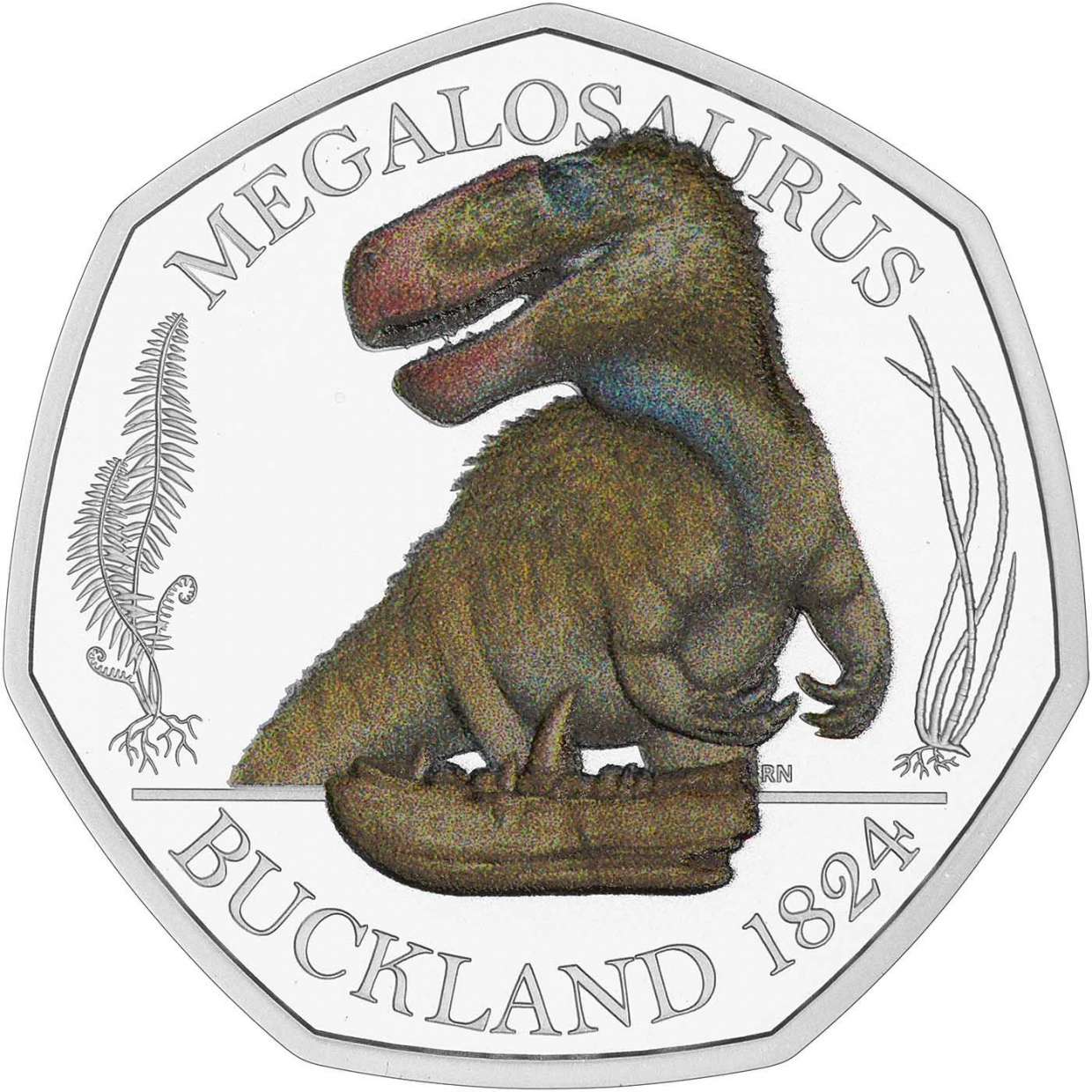 In 1824 William Buckland, an eccentric clergyman and palaeontologist, produced the first scientific description of what became known as a dinosaur based on fragments of jaw and bone found in Oxfordshire. Buckland named the creature Megalosaurus, which means ‘great lizard’. Early depictions showed an animal walking on four legs with a posture like a hippopotamus. Today we understand Megalosaurus was a theropod, a large bipedal predator that roamed Britain during the Middle Jurassic period 170 to 155 million years ago.

Gideon Algernon Mantell was an English palaeontologist and Obstetrician. An unlikely combination you might think. In 1822, he and his wife (Mary Ann Mantell) discovered the first fossil teeth of Iguanodon and he would later find much of the skeleton. 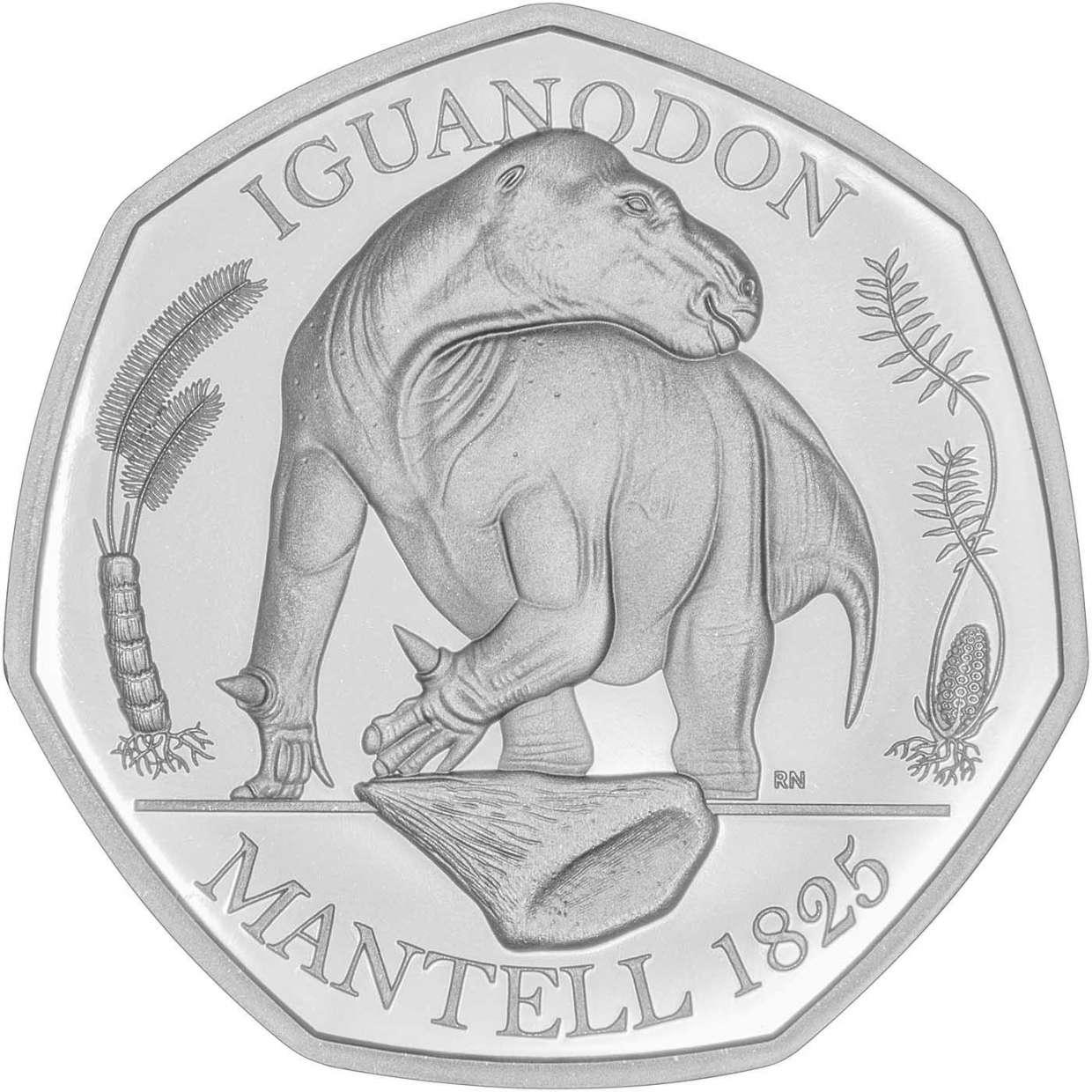 Gideon Mantell proved his dino worth again on 20 July 1832 when the first Hylaeosaurus fossils were discovered in West Sussex. He wrote to Professor Benjamin Silliman that when a gunpowder explosion had demolished a quarry rock face in Tilgate Forest, several of the boulders freed showed the bones of a gigantic new creature.

If you fancy a bit more of a challenge, try our London 2012 Sports Collection. Better known as 'The Olympics Collection' these are the 29 50ps minted to celebrate the London 2012 Olympics.

Or you could try one of our other small collections like The Snowman Collection or The Gruffalo Collection. These collections are made up of fewer coins and so, although still a competitive market, these can be easier to complete for beginners. See our Collections Page for more options.

Perhaps you feel ready to start a more comprehensive collection? Why not explore our collection of the 50p coins currently in circulation?