This is our blog, if you are interested in purchasing fifty pence coins please click this link.

The chances are you have found this blog because you have found an "unusual" coin in your change and you want to know its worth? This is currently the most asked question via our website. So much so that we now have prepared responses after receiving 20+ a day (this figure does not even include enquiries via email or telephone).

The first things you need to know:

Every time an article is published saying that "your fifty pence could be worth thousands" it is great for our sales. Just last week we sold out of the 1992-1993 European Community Single Market fifty pences after The Sun's article. However, you need to remember that hundreds of thousands or even millions of coins are issued and your coin may not be as rare as you had first thought. 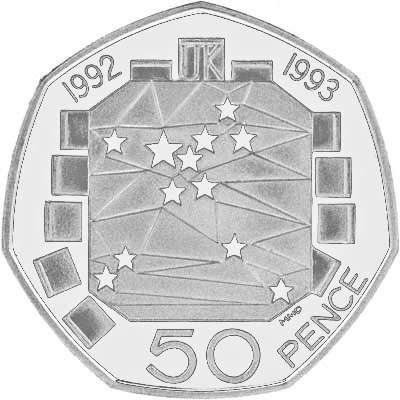 Are You Looking to Buy 50 Pence Coins?

We are asked "How much is my 50p worth?" at least twice a day. We would love to say thousands or even hundreds of pounds, but the problem is that most of the time, they are just worth their face value - fifty pence.

Our Director, Lawrence, always says that supply and demand is an important factor in the price a coin is worth. Basically, it is worth however much someone else is willing to pay for it. If there are a number of the same coin available for sale then the price you may be able to achieve could be lower. Coin collectors will always want to buy the one in the best condition, but for the right price. Having said that, there are that some years that collectors are willing to pay more for.

Which Fifty Pences Should I Look Out For?

The fifty pences with the lowest mintages will be the most rare ones. 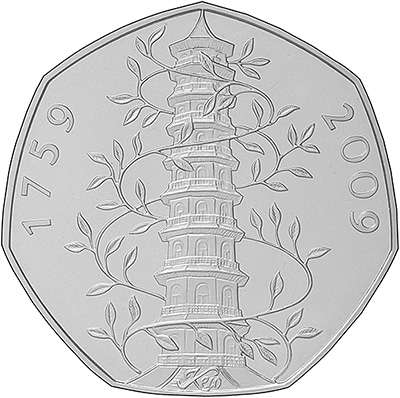 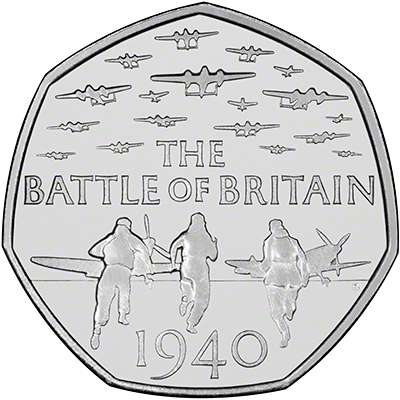 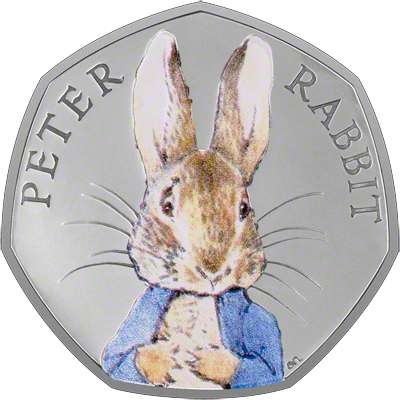 We are amazed when we see the prices that are being asked on auction sites for some fifty pences, especially when the coins look worn or are not even rare. These include: 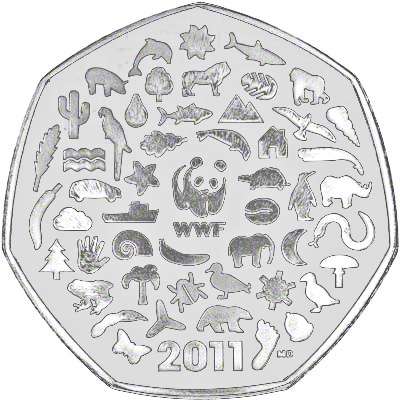 The first fifty pence coin was introduced in 1969 as one of the coins to mark Britain's new decimalisation coinage. This heptagonal shaped coin was slightly curved and featured the Elizabeth II secondd definitive coin portrait by Arnold Machin. The reverse was designed by engraver, Christopher Ironside and featured Britannia sat next to a lion, holding a trident and olive branch with the inscription NEW PENCE and the figure 50. This first 50p coin was the equivalent to the ten shilling note. 188,400,000 coins were issued for circulation in 1969 - and we have a huge sack of them in one of our storage room. 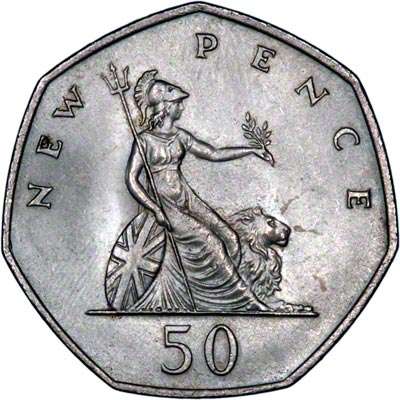 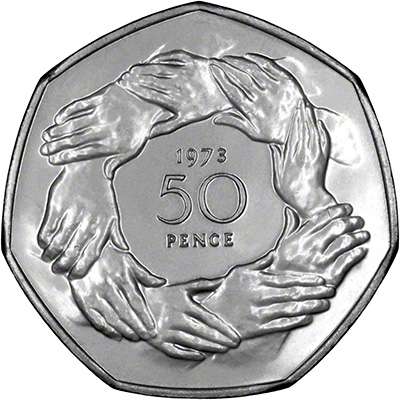 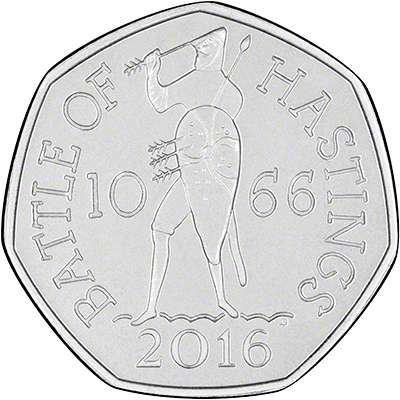 Although this seems like a contradiction, the coins that you find in your change are circulated (or circulation) coins. They are uncirculated when they are first minted and sent out from the mint to banks and shops etc. These coins have been struck once and are issued in cupro-nickel.

These cupro-nickel coins usually come in a presentation card or a specimen pack of coins for that year. These coins are struck twice and have a sharper definition. You may come across these in your change or in drawers as they may have been removed from the pack.

These can be issued in cupro-nickel, silver and gold. They may have been struck between four and seven times to achieve a higher definition and a sharper finish. The silver and gold coins tend to have a highly polished shiny surface whilst the design and lettering is usually a matt finish. These coins are issued with a certificate of authentication and a presentation box. 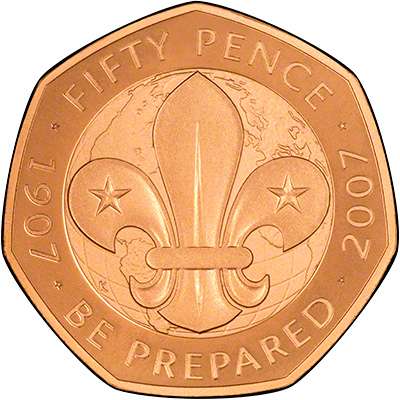 Whilst, the fifty pence in your pocket or purse may simply be worth their face value, you never know, it may just be worth a small fortune. Good luck