This is the 2020 British Annual Coin Set. The set contains 13 coins in Brilliant Uncirculated condition.

The set features all eight of definitive coins as well as five new commemorative issues. These are; King George III £5, Mayflower £2, Victory in Europe (VE) Day £2, Dame Agatha Christie £2 and the Team GB at the 2020 Tokyo Olympics 50p.

The coins in this set have been struck twice, giving them a brilliant uncirculated finish. This is a higher finish than coins issued for circulation.

The coins are presented in a folder which details the history behind each of the commemorative coins.

200 Years Since the Death of King George III

400th Anniversary of the Mayflower

The Mayflower was a merchant ship which was used to carry 102 English Puritans (Pilgrims) from Plymouth to the New World. The ship set sail in September 1620 and and arrived in November the same year. This was believed to be the start of modern America with approximately 35 million Americans being descendants of the original 102 passengers

The Mayflower has never been featured on a UK circulating coin, however it was used on the 1994 bi-metallic £2 trial piece. This never went into circulation and is highly collectable.

2020 sees the 75th anniversary of Victory in Europe Day (VE Day), the day in which Nazi Germany formally surrendered in World War II. The war lasted for six years and caused major destruction and took the lives of millions of people. When news of Germany's surrender was announced, celebration spread throughout the country.

Agatha Christie's first novel was published in 1920. The book, Mysterious Affair at Styles, introduced the famous detective, Hercule Poiret to the world. Christie's books are the third most published, with only the bible and the works of Shakespeare surpassing them.

Team GB at the Tokyo Olympics

The greatest sporting competition in the world takes place in 2020. The Tokyo Olympics see Britain's best athletes compete to be the best in their sport.

The obverse of the coins features the Jody Clark portrait of Queen Elizabeth II. This is the fifth coinage portrait to be used. 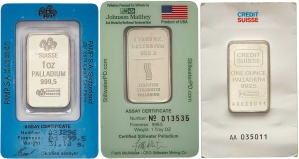 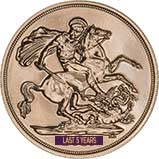