The letters 'SSC' on the reverse of this coin denote the fact that the silver was supplied by the South Sea Company, which was at the centre of a major financial catastrophe known as the 'South Sea Bubble' in 1720. The South Sea Company had been granted a charter to trade with the Spanish colonies in South America, and the company vastly over-inflated its share price by giving the impression to shareholders, the government, and the public that its potential for growth was larger than it actually was. In fact, its opportunities were limited by the restrictions put upon it by the King of Spain, who only permitted one ship per year carrying a cargo of no more than 500 tons to land in a Spanish-controlled port, on top of which he demanded a hefty cut of the profits.

By 1720, share prices had reached an astonishing £1,000 per share (unadjusted for modern-day inflation!), but doubts about the profitability of the company crept in, and shareholders started to doubt the viability of the company, with the result that share prices collapsed as shareholders tried to get rid of their shares before they became worthless. The scandal resulted in the imprisonment of John Aislabie, the Chancellor of the Exchequer, and many of the company's directors. However, the company itself survived until the 1850s, helping to manage the government debt it had taken on before the collapse in its share price. This silver was sold to the mint in order to shore up a company which was, in modern parlance 'too big to fail'. These coins are relics of an event which, given current events, have a certain resonance. 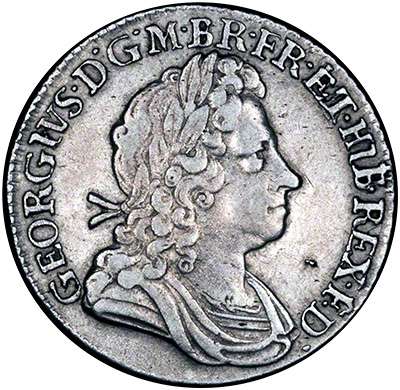 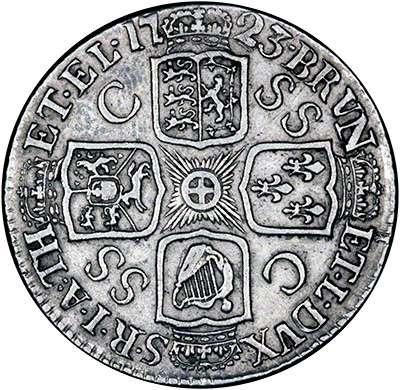 Coins Wanted - We make an active market in almost all world coins, including George IV shillings. If you have any of these coins to sell, view our We Buy Coins page then please contact us, or post them to us for appraisal and offer.