The Bullion Pandas are eagerly anticipated by coin collectors all over the world and each year we start to get phone calls in the summer asking for release dates and enquiries about pre-ordering the next year's coins. Each year features a unique design which make them highly collectable for coin investors, and they are issued in both gold and silver. Both the gold and silver panda coins have a fineness of 99.9% of each respective precious metal. 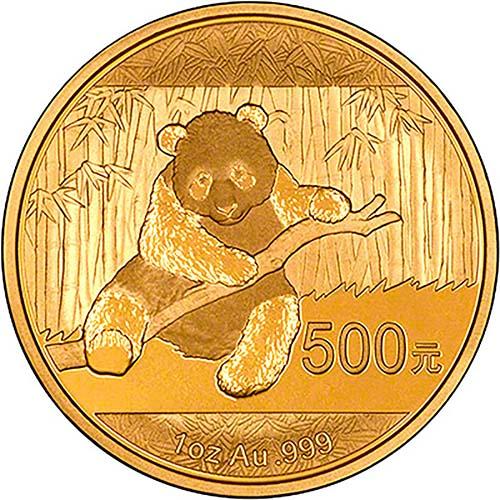 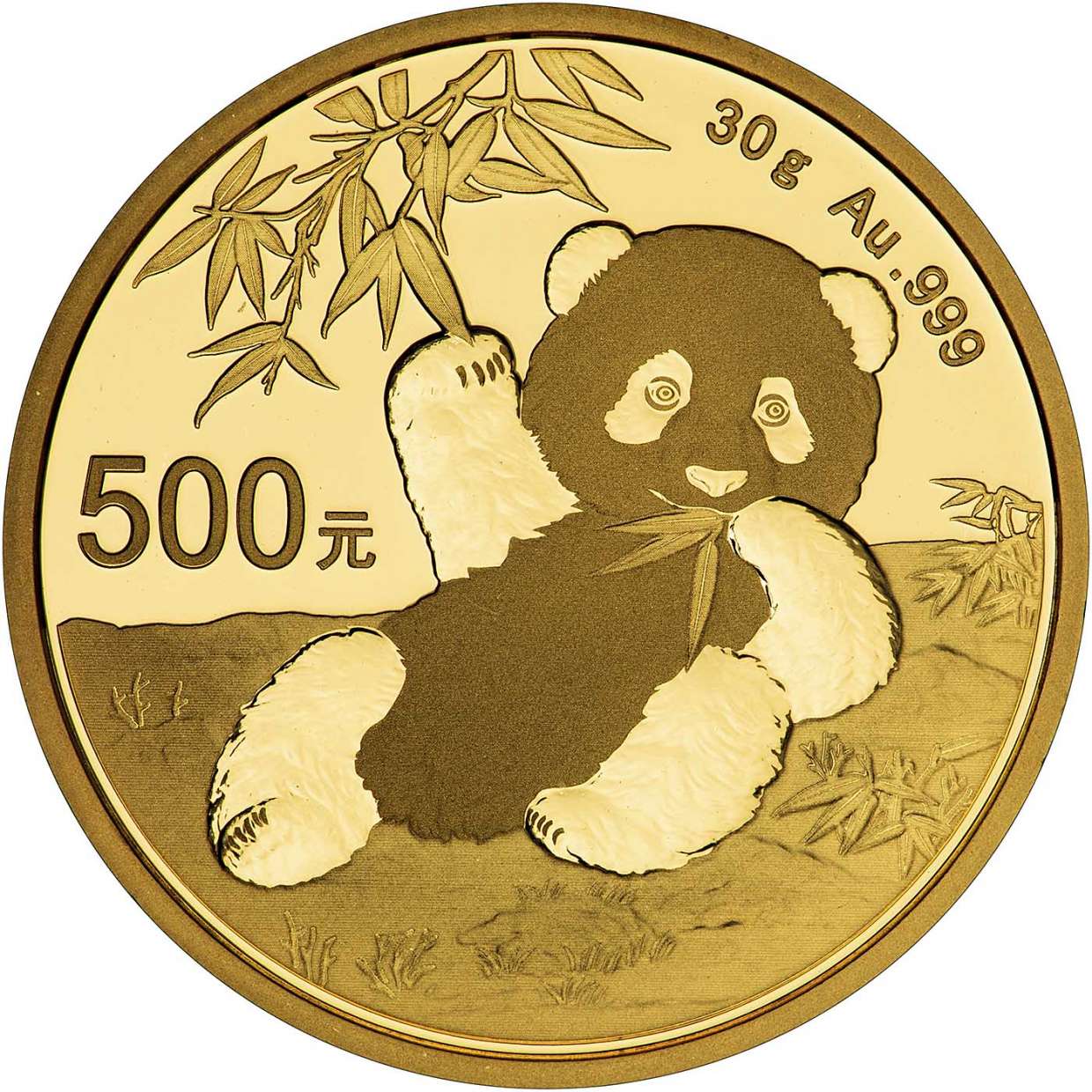 From 2016, Chinese Panda coins have been issued in metric weights instead of troy weights. The Gold Pandas are Chinese legal tender and are currently issued in face value denominations of 500, 200, 100, 50 and 20 yuan, corresponding to the weights of 30g, 15g, 8g, 3g and 1g respectively. The 30g Silver Panda has a face value of 10 yuan.

The 2020 Panda reverse features an engraving of an adult panda sitting eating a branch of bamboo leaves. The panda is native to China and is seen as a symbol of friendship and peace. As with all previous years, the obverse bears the Temple of Heaven which is located on the original site where the ancient emperors of the Ming and Ch'ing Dynasty held their Heaven Worship Ceremonies. This site is greatly revered by the Chinese; it epitomises their cultural heritage and was designated a UNESCO World Heritage site in 1998. 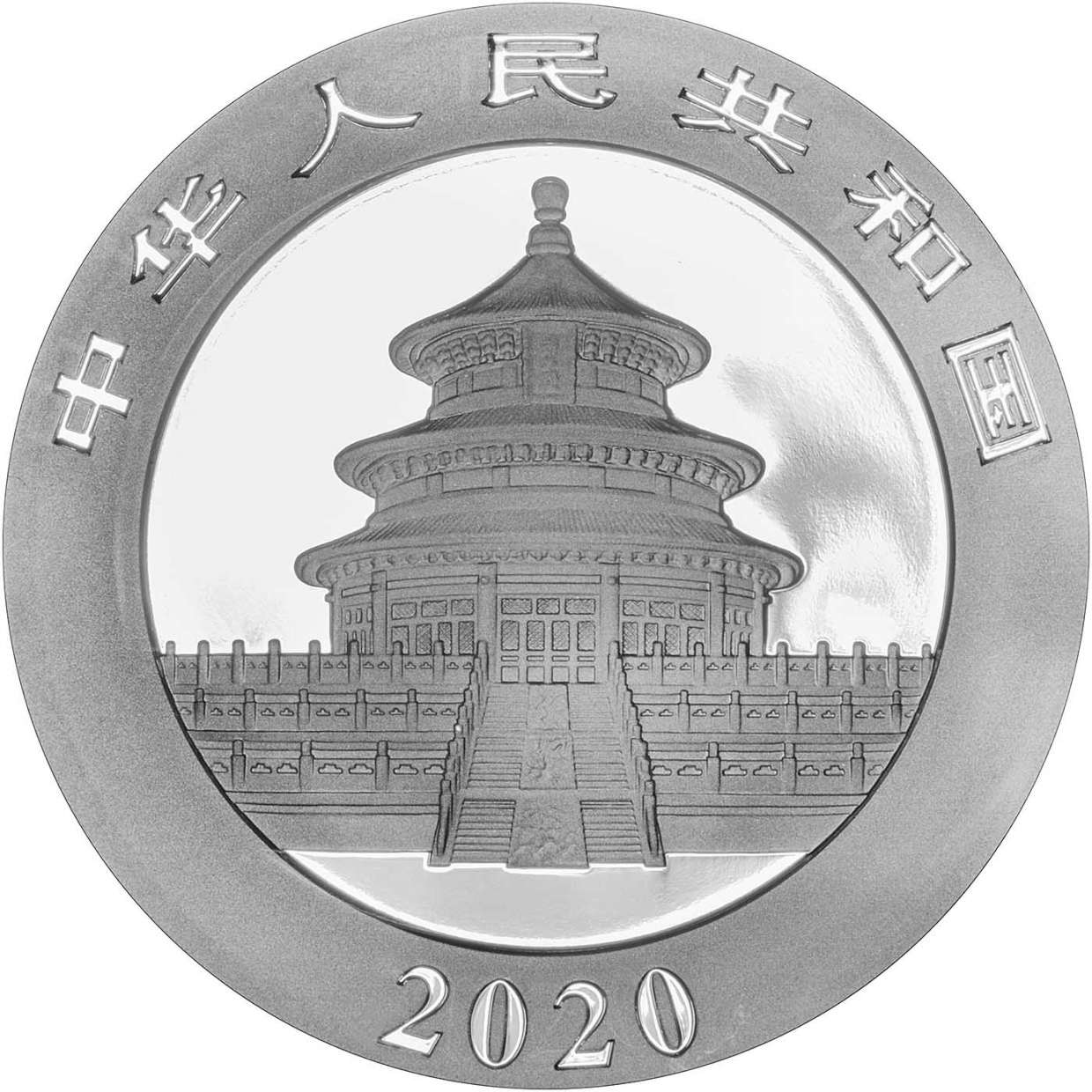 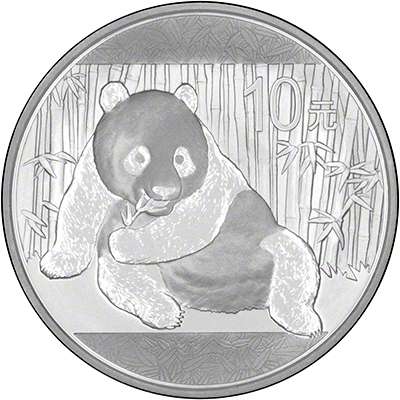 In 2015, the People's Republic of China caused a stir in the bullion world when they announced that they would be omitting the weights from their popular panda coins. Although the gold and silver coins remained the same weights and fineness as in previous years, the information was no longer stamped on the coins. This enabled China to market them in grams within China whilst continuing to use troy ounces throughout the rest of the world.

This was followed by a further shake up of the system when in 2016 the panda coins were issued for the first time in decimal metric weights, rather than customary troy weights. Troy ounces are little-known within China and the metric system is prevalent there, so it made sense for the People’s Bank of China to issue the Panda coins in rounded metric units. 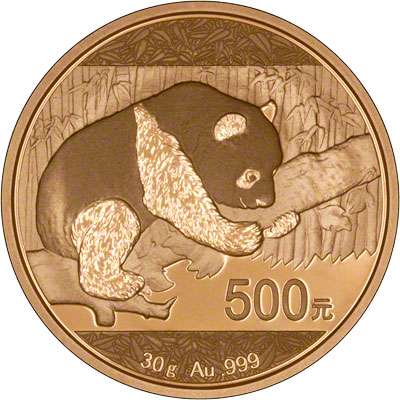 Despite this change in unit of weight, sales continued to rise and the 2022 Chinese Panda coins in metric weights are proving to be as popular as ever.

The vast majority of the English-speaking world, including the United States, Australia and the United Kingdom, use troy ounces when calculating precious metal prices. The UK's A.M. and P.M. gold fixes are provided by the London Bullion Market Association (LBMA), who also use the measurement. The LBMA Good Delivery bar standard weights are 400 troy ounces for gold and 1,000 troy ounces for silver. Furthermore, most bullion coins from the major mints are issued in multiples or fractions of troy ounces as standard. You could say the modern bullion market is built around the troy ounce, so why change?

When it comes to bars, or larger coins, we tend to use grams and kilos anyway. Sovereigns weigh 7.98g and contain just under quarter of a troy ounce (0.2354oz) of gold. The weight does not discourage customers, in fact, they are probably our most popular gold bullion coin. What sets sovereigns apart from pandas though, is the rich numismatic history which precedes modern standards.

Converting into troy ounces or grams is not a hard task (here at Chard, we're used to dividing or multiplying everything by 31.1035 - those six digits are all but branded into our brains). It requires some knowledge on converting the spot price into grams (or the coin into troy ounces) which may deter the average investor - people do not like changing from customary to metric after all.

The use of troy weights appears “outdated” according to the Chinese though, and they are pushing hard to pressure the bullion market to adopt metric weights. What do you think – is this a desirable step?

We have a wide range of bullion Pandas for sale, including Gold Pandas and Silver Pandas.