One of our biggest (and most popular) collections, this current circulation record shows you all of the coins that it is possible, though not always probable, you'll get in your change. The coins on this list are the 'new' smaller 50p coins that have been produced by the Royal Mint since 1997. Before this, 50p pieces weighed 13.5 grammes and had a diameter of 30mm. Released in September 1997 and still being minted to this day, the new 50p coins weigh just 8 grammes and have a diameter of 27.3mm. In the first year, 456,364,100 of these new 50ps were released and 442 million of the old 50ps recalled. 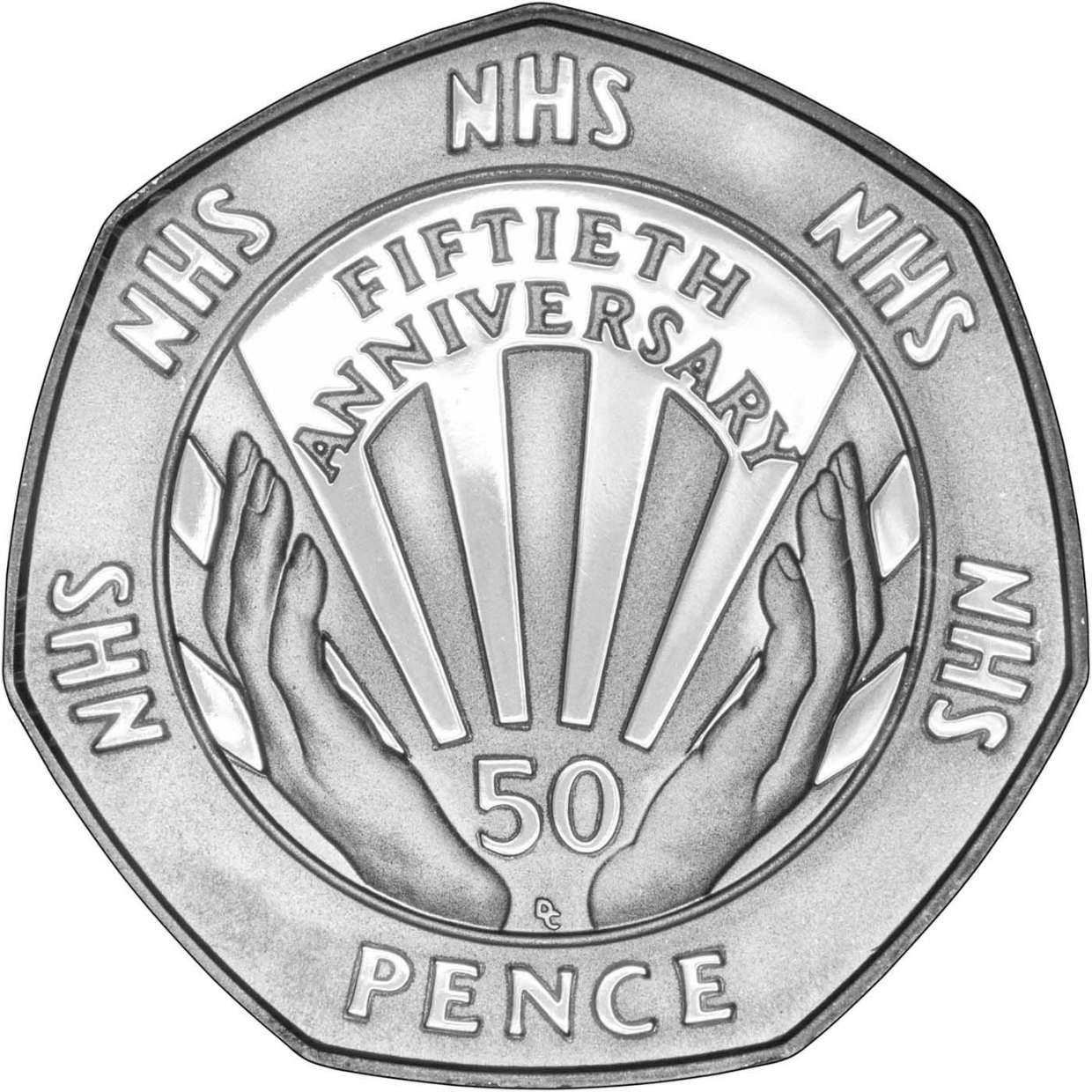 How Does It Work?

The list in the table below covers every design of the new coin that has been manufactured since the size change in 1997. We have arranged them in order of rarity using their mintage number. For anyone new to coin collecting, the mintage number is the number of copies issued of a particular coin. For example, as you can see, the Britannia design 50p was issued multiple times but each year the coin was struck with a new date. So, each year it has a new mintage number showing the amount of the coin that was struck that year.

Please note, 2019 and 2020 circulation 50ps are listed at the bottom of the table and their mintage numbers are given as UNKNOWN. This is because mintage numbers won't be definite for these coins until the Royal Mint announce them. Mintage numbers for 2018 were released in October of 2019. So, presumably the numbers for 2019 will be published towards the end of this year. As soon as the mintage numbers are released for these, we will update the table below to include them. However, we do have some clues about the 2020 Brexit 50p. In January, when the Brexit 50p was initially put into circulation, 3 million coins were distributed. Since then, HM Treasury has confirmed that at least 10 million Brexit 50ps will be put into circulation by the end of 2020.

Beginning with the rarest, this series will explore each coin in our current circulation collection. We will discuss the coins themselves, the history behind their design and their mintage information. Just click on the coin you would like to learn more about in the table below.

This collection encompasses the 50p coins that are still in circulation today. If you would like to explore our list of all the 50p pieces that were circulated before 1997, please click here.

Interestingly, the coins within this list can often be broken down further into collections of their own. For example, the wildly popular Beatrix Potter Collection and the slightly more challenging London 2012 Sports Collection. These collections are made up of fewer coins and so, although still a competitive market, these can be easier to complete for beginners. Head back to our Collections Page for more information.