In 1967, Tonga issued palladium coins on the occasion of the Coronation of King Taufa Ahau Tupou IV, thereby achieving a world's first. The coins were issued as part of a three coin mint set. 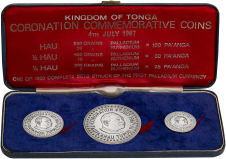 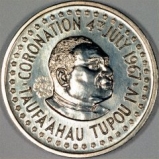