Until we came to show the Michael A Marsh reference numbers in the listings on our site, we had not realised for some reason that Michael Marsh's book "The Gold Sovereign" only makes passing reference to the fact that some sovereigns in this series have the engraver's initials WW on the truncation of Queen Victoria's neck incuse rather than raised. Spink show these as a separate and distinct variety. Of course these WW initials on victoria shield sovereigns refer to the famed engraver and designer, William Wyon. 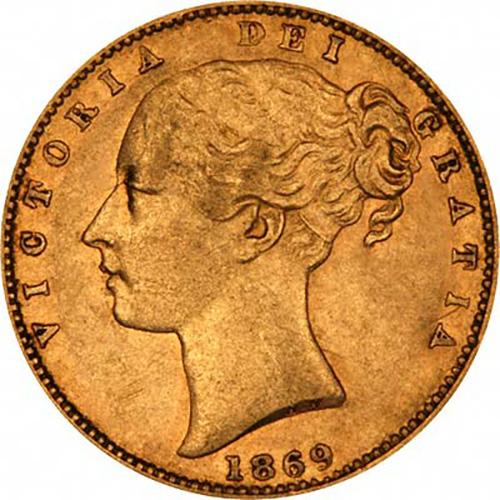 We cannot think why Michael treated both varieties as the same. He states in both the 1980 and 2002 Golden Jubilee editions "These letters also appear incuse on some coins". Michael quite rightly went into great detail on a number of other coins, such as the 1856 Ansell variety which has an almost unnoticeable double ribbon line. Compared with the Ansell, we believe that the incuse WW initial are important enough to be recognised as a distinct and separate sub-type. I had the pleasure and good fortune to have a lengthy telephone conversation with Michael about 6 months before his death. He expressed an intention to publish an updated version of The Gold Sovereign, incorporating research he had done since the publication of the Golden Jubilee edition, and also some material which, although known at the time of publication, he did not feel he had researched sufficiently for publication. He explained that he had not been in the best of health and was hoping to be able to continue before too long. During the conversation, I formed an intention to try to find time to visit him to discuss sovereigns, and I offered him the use of one of our photographs for the next edition. Sadly, none of this came to pass.

If you are not looking for a particular date, but want a nice example of this type of sovereign, you can order a "type coin". Just look at our list of dates, grades and prices. Alternatively call us on 01253 343081

We buy gold sovereigns and are always intersted in buying Victoria old head sovereigns. Please get in touch on 01253 343081. We also buy bullion and you can find current prices on our sell page here