Henry was born in 1491, the son of Henry VII and his consort, Elizabeth of York. Henry had an older brother, Arthur, who had been expected to inherit the throne, but Arthur died of a fever in 1502, leaving the 11 year old Prince Henry to take Arthur's place as heir to the throne. Henry even married his brother's widow, Catherine of Aragon, upon his accession to the throne in 1509. Henry VIII is chiefly known for introducing the reformation to England, founding the Church of England and for having six wives, two of whom he had beheaded.

Henry VIII was strong, fit, well-educated and imposing at the start of his reign. In contrast to his miserable, miserly father, the young King promised a glorious reign of the kind not seen since the days of Henry V. The accomplishments of Henry in his first few years on the throne did indeed seem to live up to this promise. In addition to composing popular ballads such as 'Pastime with Good Company', Henry invaded France in 1511 and two years 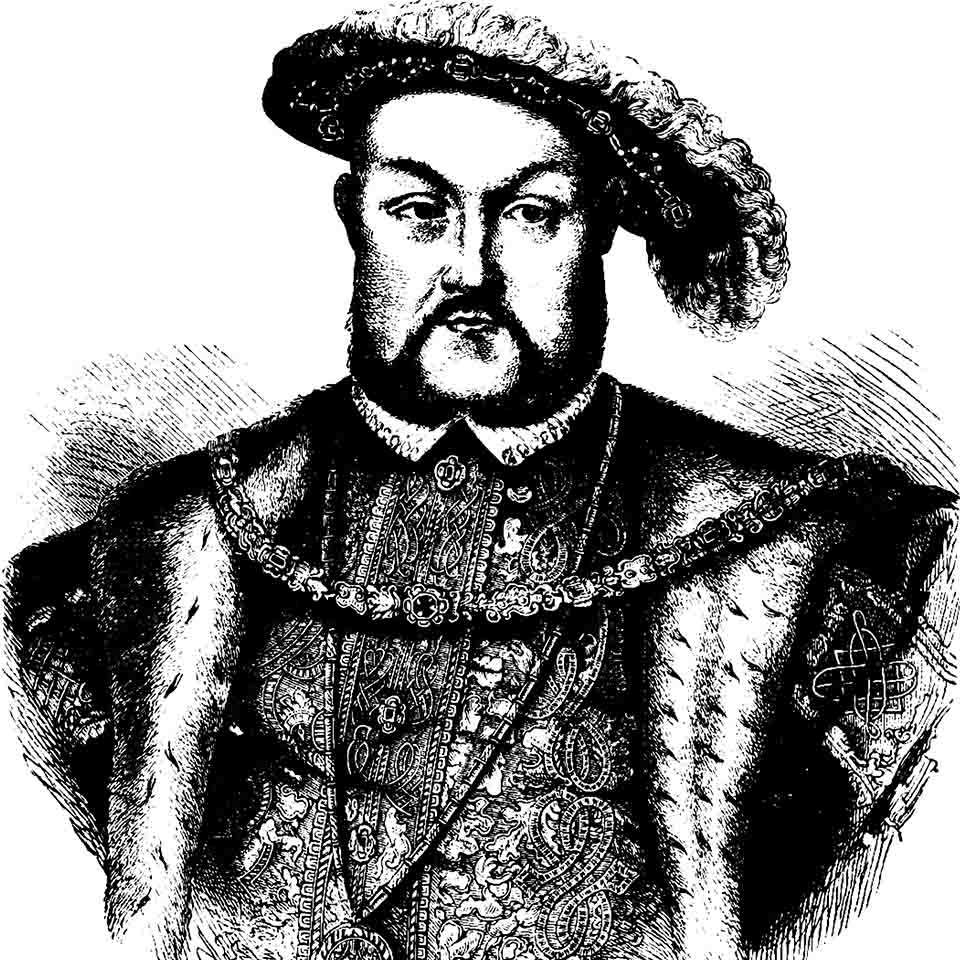 later won the Battle of the Spurs, which left him in control of Tournai and Therouanne. That same year at Flodden, English forces utterly destroyed a Scottish Army which had invaded Northern England in support of their French allies. The skill and performance of English arms under Henry was impressive, but the King needed the help of the Holy Roman Empire if his war against France was to have any chance of success. Unfortunately for Henry, although Charles V was his ally, he had no desire to see Henry VIII take the French throne and set himself up as an even more powerful rival to his own interests. By 1525, Forces loyal to Henry VIII had arrived at the gates of Paris, but without support from his ally, English forces could not take Paris, and the English army was forced to retreat. Furthermore, Parliament was reluctant to authorise even heavier taxes to support this foreign adventure, which led to financial difficulties for Henry, in spite of the rich treasury that had been left to him by his rather stingy father. Meanwhile at home, his wife, now in her forties, had failed to produce a surving male heir.

Six Wives and a Reformation

As his wife was now effectively beyond childbearing age, Henry was desperate to find an excuse to get rid of her so that he could marry his new flame, Anne Boleyn. Religious arguments that the marriage should be annulled on the grounds of affinity (marrying a deceased relative's spouse) were countered by the very simple fact that Pope Clement VII was effectively a prisoner of Charles V, who was not on the best of terms with Henry following his reluctance to support him in his attempt to capture Paris, and who in any case, did not want to see his blood aunt Catherine of Aragon subjected to such a humiliation. The failure of Cardinal Wolesly to obtain a papal annulment led to his downfall, and Henry VIII made the fateful decision to break with the Roman Catholic Church so that he could make himself the supreme authority on spiritual as well as secular matters. Anyone who opposed this new religious policy ran the risk of execution, and many were to suffer this fate as a result of standing up to him. Having invested himself as the supreme head of the English church, Henry instructed Parliament to pass an act annulling his marriage to Catherine of Aragon and validating his marriage to Anne Boleyn, who was already pregnant. Anne Boleyn subsequently gave birth to a girl, Elizabeth, much to the King's disappointment.
Nevertheless, the power with which Henry had invested in himself in order to marry Anne was also used to try and resolve some of the financial difficulties Henry had found himself in through his extravagant spending. To this end, he seized church land (mostly from monastaries) and sold much of it off in order to raise much-needed cash. Anti-Catholic religious reformers were delighted that Henry had broken the link with Rome, and used this to push forward their own agenda of changing the nature of English worship, although Henry himself remained an orthodox Catholic in his beliefs and considered the break with Rome as a matter of political convenience.

Meanwhile, Anne's failure to produce any more children, as well as her own challenging temprement and unwillingness to show deference to her husband led to her trial and execution on trumped-up charges of incest, witchcraft and adultery. Henry's marriage to his third wife, Jane Seymore, was more successful, as she produced a son, Edward (later Edward VI) before dying of complications relating to the birth. He next married Anne of Cleves, whom he found so revolting he had the marriage annulled without consumating it. His next wife, Catherine Howard, suffered a similar fate to Anne Boleyn when she was executed for adultery (although in this case, the charges had more substance). Lastly, he married Catherine Parr, to whom he remained married for the rest of his life. He died in 1547, to be succeeded by his 9 year old son.

Henry VIII was undoubtably one of the most important kings in English history. What had begun as a promising reign had descended into a bloody tyranny and a break with England's traditional religion. His reign also led to the debasement of England's coinage as he attempted to alleviate his financial difficulties, which had arisen in spite of having been left one of the most plentiful financial legacies of any previous King of England.

Nevertheless, Henry also left England with a much stronger navy, which in years to come, would leave England in a stronger position to build an unprecedentedly large Empire that covered 1/4 of the world's land surface, as well as defend itself from hostile nations such as Spain, which was the dominant naval power of the 16th century. Henry's legacy was therefore a mixed one. Towards the end of his life, Henry was a loathsome tyrant who had left England bankrupt and its coinage debased, but he also laid the foundations that would eventually lead to England becoming a great power. For this reason, his reign deserves to be noted for its successes as well as its shortcomings. 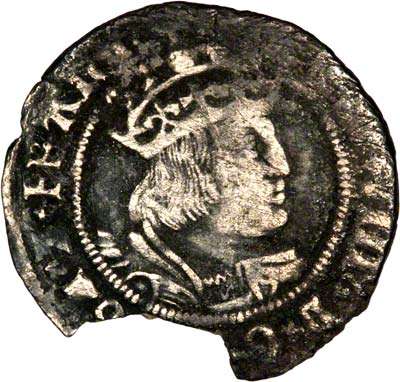