George IV is perhaps most famous for his role as the Prince Regent in the latter part of his father's reign. He was a great patron of the arts and set the fashion trends of the early 19th century (known as the 'Regency Period'), he was however, unlike his father a deeply unpopular profligate spender with an unhappy family life, and his rotundity came to define him in the popular image much as his father's insanity had done for his own image.

The future George IV was born in 1762 to George III and Queen Charlotte, the first of 14 children. As the King's eldest son and heir apparent, he was invested as Prince of Wales as per tradition. He was an intelligent and scholarly pupil and became fluent in four languages, including his native English. His father was however, an overbearing and overprotective parent, and the Prince of Wales came to resent his father's controlling influence over him, setting the stage for a recurrence of the long-standing Hanoverian tradition of poor inter-generational relationships between fathers their sons. At the age of 18, George was nevertheless given his own residence at Carlton House, where he began to entertain Whig Politicians, largely in order to annoy his Tory father. 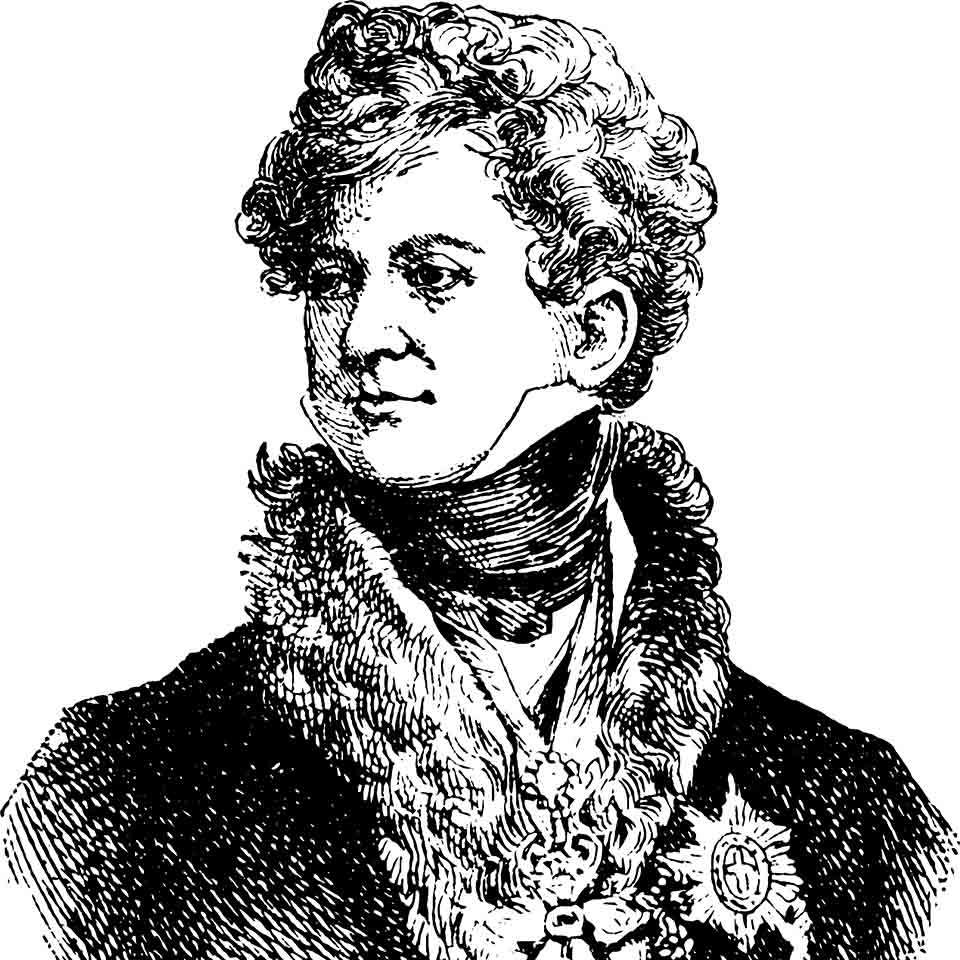 The Prince of Wales had several affairs during his lifetime, both before and after marriage, most notably with an actress called Mary Robinson. He secretly married a commoner who was a catholic widow, Maria Fitzherbert, but because he failed to ask his father for permission (which would not have been forthcoming even if it had been sought) the marriage was legally null and void. Despite this, he would continue to consider her his true wife until the end of his days.

However, George, by his profligacy, had got himself heavily into debt through his extravagant lifestyle and spending, and his father, in addition to demonstrating his contempt of his son's spending habits in comparison to his own moderation, refused to bail him out unless he agreed to marriage with someone considered more suitable to his station. The person chosen on his behalf was Caroline of Brunswick, George's first cousin. The pairing was a catastrophic mismatch, and George found her personally repulsive because of her tactless behaviour and poor hygiene. He is said to have requested a large brandy to recover from the shock after meeting her for the first time. The pair nevertheless married in 1795. Despite his abhorrence of his new wife, George managed to consummate the marriage and the result was a daughter, Princess Charlotte. The Prince could not contemplate any further attempts to produce any more children with Caroline however, and he banished her from his household.

In spite of the animosity the Prince held towards her mother, George became very fond of his daughter and heiress presumptive. Perhaps due to his own experiences in having a disastrous marriage foisted upon him by his own father, he eventually, despite of his initial reluctance, consented to allow her to marry her first choice of husband, Prince Leopald (later Leopald I, King of the Belgians). Had she lived, Princess Charlotte would have become Queen, but her death in childbirth in 1817 prevented this, and was a source of great sorrow to the Prince Regent, as he had known since 1811.

The prince's father George III had lapsed into his final bout of madness in 1810, from which he was never to recover, and the following year, George was made Prince Regent to carry out the day to day duties of a head of state in his father's place.

Contrary to expectations, the Prince Regent did not appoint a Whig administration, but continued the policy of his father by supporting the Tories, although he unsuccessfully tried to get the Whigs to participate in government. His reign as Prince Regent saw the end of the Napoleonic Wars and the elevation of the Hanover Electorate to the status of Kingdom, making his father the King of Hanover (although by this point, he was too far gone to appreciate this development). When George III died at Windsor in 1820, George Ascended to the throne of the United Kingdom of Britain and Ireland, and also of Hanover.

George IV's coronation was an expensive and ostentatious affair, and he spent over eighteen times the sum his father had spent on his own coronation. His estranged wife was barred from attending the coronation ceremony, and had to be physically prevented from entering Westminster Abbey to take her place by George's side as Queen Consort. She died the following year, but George IV's unpopularity caused the London Mob to side with the memory of Caroline and they forced her funeral cortege to pass through London instead of via a back route, as George IV had wished. With his much resented father gone, George IV essentially abandoned his pretended Whig sympathies and for the most part, supported the Tories against the Whigs. At first, he tried to maintain his father's policy of resisting Catholic Emancipation by citing his coronation oath, but he was eventually persuaded to accede with the greatest reluctance to the Catholic Emancipation by the Duke of Wellington in 1829.

By this point, George IV's over-indulgent lifestyle had finally taken its toll, and the grossly obese monarch was suffering from extremely poor health and he died the following year in 1830. Lacking any surviving children or grandchildren, his brother William succeeded him as King as William IV. 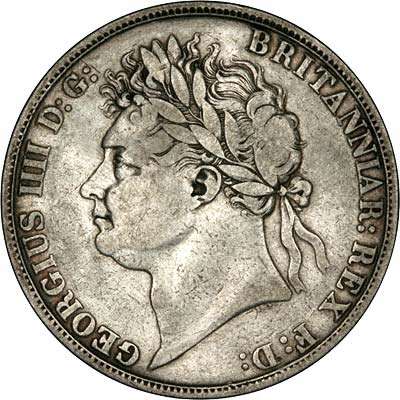 George IV died unloved and unmourned by most of his subjects, who compared his reign unfavourably with his frugal and considerate father's. The obituaries in the newspapers were damning. The Times stated that

There never was an individual less regretted by his fellow-creatures than this deceased king.

George IV was an intelligent and gifted man in many ways, but his talents were squandered by his laziness and his popularity irreparably damaged by his extravagance. However, by the time George IV came to the throne, the influence of the monarchy had declined to such an extent that the personal qualities of the monarch no longer really mattered. Under parliamentary governance, Britain was in the ascendant as an economic and maritime power, and the king's lack of any real interest in the day to day governance of the nation if anything helped to drive the progress of the nation forward.
Numismatically, the only really notable aspect of George IV's reign was the recommencing of copper coinage struck by the Royal Mint at its new premises on Tower Hill, using mint machinery provided by the Soho Mint. From 1821 onwards, pennies, half-pennies and farthings were struck, finally driving the token issues out of circulation once and for all.