George III was one of Britain's longest serving monarchs, and sat upon the throne for nearly 60 years. He was however, one of the most unfortunate ones, and spent most of his final years in poor mental health, for which he is sadly, best known.

Born in 1738 to Frederick, Prince of Wales and Princess Augusta, George III was the first Hanoverian monarch to be born and raised in Britain and to speak English as a first language. Due to his father's poor relationship with his grandfather, George II, the young Prince had little contact with the King as he was growing up. In 1751, Frederick died of a lung abcess, and the young Prince George became heir apparent, although his grandfather confered upon him the title of Prince of Wales amongst other honors, Princess Augustus kept her son away from the King, mindful of the poor relationship her late husband had had with him. In 1760, the old King died, and George ascended to the throne as George III. 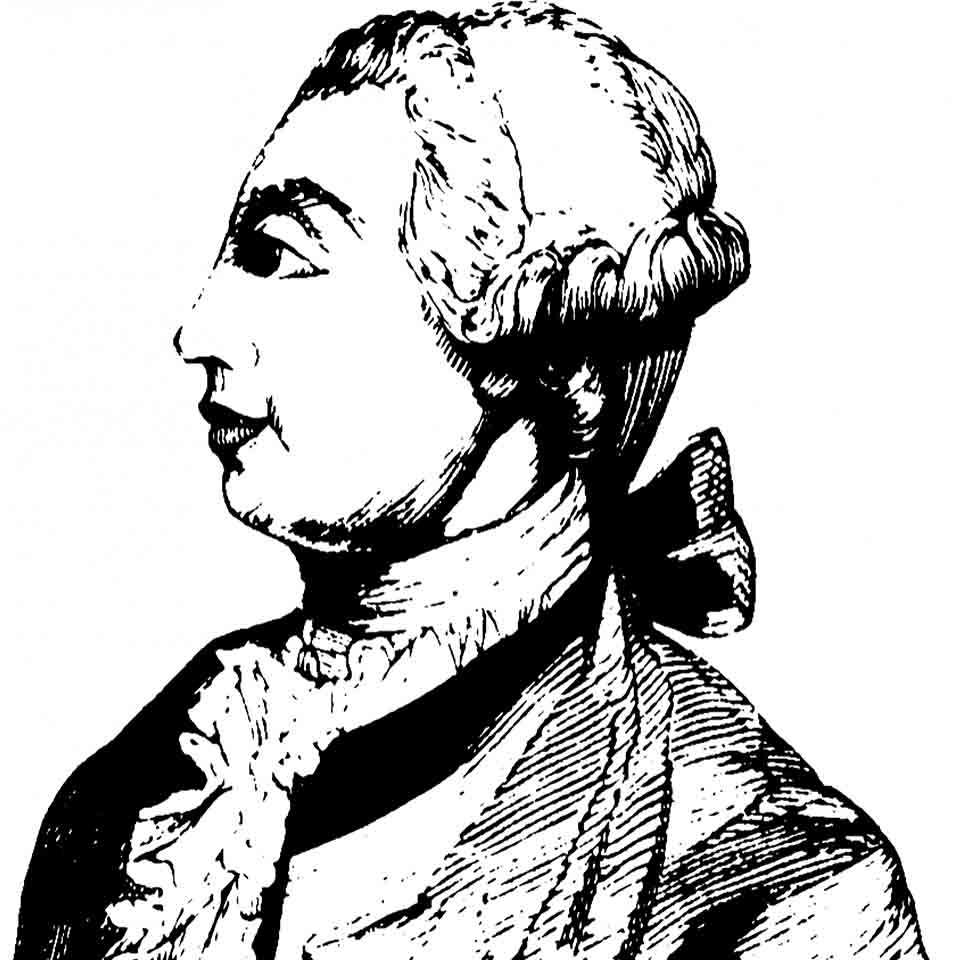 George III's reign got off to a promising start. Three years after his accession, Britain triumphed against France and her allies in the 7 Years War. In 1766, George III even enjoyed popularity in the American colonies for being associated with the repeal of the notorious Stamp Act. However, the Seven Years War had left Britain Severely in debt, and political radicalism both at home and in the American colonies was starting to make itself felt by the close of the 1760s.

The aforementioned Stamp Act, introduced in 1765, was an attempt by the British government to recoup some of the money needed to pay off the debts incurred in fighting the French. The colonists resented this attempt by the British Parliament, a body in which they had no representatives, to extract money from them. In these early days, many of the leading colonists, including John Adams, saw that they owed their taxes not to the British Parliament, but to the King himself, as voted by their own Colonial Legislatures. Contrary to popular thinking, this would actually have given George III more power by giving him a revenue stream that was independent of the British Parliament, but because George III was a dutiful constitutional monarch, he supported his Parliament rather than the American colonists who wished to owe their allegiance to him and not the London Government. By doing what he viewed as his constitutional duty in supporting the actions of his Parliament in imposing taxes upon the colonists, George III ironically came to be viewed as a tyrant by the American Colonists who had once wished to make him a more autonomous monarch. The conflict initially came to be viewed as an extension of the political conflict between the Tories and the Whigs, with the Tories supporting the War against the rebellious colonists, and the Whigs supporting the rebels (at one point, Charles Fox, a leading Whig, turned up to Parliament wearing Blue in solidarity with the rebellious colonists).

After winning an important victory at Saratoga in 1777, the colonists managed to persuade France to join their side and avenge their defeat 14 years earlier. Spain and Holland later joined on the side of the colonists fighting against Britain, and in 1781 Britain's defeat at Yorktown led to George III recognising America's independence under the 1783 Treaty of Paris. George III later met John Adams, one of the leading revolutionaries and later 2nd President of the United States, who came to Britain as America's ambassador in 1785. Upon meeting John Adams, George stated:

"I was the last to consent to the separation; but the separation having been made and having become inevitable, I have always said, as I say now, that I would be the first to meet the friendship of the United States as an independent power"

Just as Britain's victory in the Seven Years war had bankrupted her and led to political changes, the American War of Independence affected France, only the consequences were even more detrimental. In 1789, the French Revolution took place, and three years later the French King, Louis XVI was beheaded and a republic declared. Attempts by France's neighbours to invade France and crush the revolutionaries failed, and led to what were to become known as the Napoleonic Wars, lasting until 1815. During this time, the ideas of the French Revolution inspired radicals in Britain and threatened to bring the same revolutionary change at home that had been seen in the countries of her former adversaries. However, Britain's superior wealth and industrial power eventually saw her triumph over France and avoid a revolution at home. However, by the time Napoleon had finally been defeated, the King had slipped permanently into insanity.

The Madness of King George

George III had first shown symptoms of the illness which cursed his later years in the 1780s. From then onwards, he came to suffer periodic episodes of mental illness, which is now believed to have been caused by porphyria, a blood disorder which turns the urine purple and causes patients to display psychiatric symptoms as well as physical ones. These episodes got longer and longer until, in 1810, they became permanent, at which point his son, George, Prince of Wales became regent whilst his father was kept in seclusion at Windsor Castle for the rest of his life. Towards the end, the old king went blind and started to suffer from dementia. He was unaware that his wife had died in 1818 and had only brief periods of lucidity during the last few years of his life. The old King died in January 1820, to be succeeded as King by his son George IV, who by this point had already excercised monarchical authority for nearly a decade. 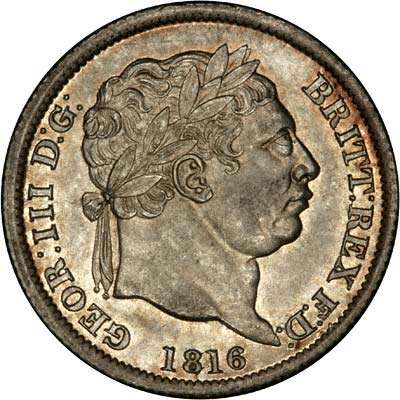 George III continued the trend of generally surrendering monarchical power to Parliament and the cabinet of ministers. An important part of this was his surrender of the revenue of the Crown Estates to Parliament in return for a stipend from the Civil List payments. George III acted as a constitutional monarch who usually ruled according to the will of Parliament, although he continued to use those powers he considered to be his constitutionally derived right to use. For example, he refused to grant Catholic emancipation during his lifetime on the grounds that it would be a violation of his coronation oath, and this he left to his son to accede to some 9 years after his death.

Numismatically, George's reign is one of the most interesting ones. A shortage of silver meant that silver issues were sporadic in the early part of his reign, with 1787 bring the only year in which a plentiful quantity of silver coin was issued until 1816. Silver bank tokens were also issued by the Bank of England, struck by Matthew Boulton, rather than the Royal Mint, whose equipment was too decrepit to be able to produce silver and copper coinage at a profitable margin. Official Copper issues were also scarce during George III's reign, with counterfeits and unofficial tokens (known in some circles as 'conder tokens') making up much of the shortfall. However, in 1797, Matthew Boulton won a contract to strike his iconic 'cartwheel' twopence and penny issues, and these were the first truly modern coins to be struck anywhere in the world, gold continued to be issued on a regular basis, although production of the Guinea ceased in 1799, only to be briefly revived in 1813 in order to cover the expenses of the British Army during the Peninsular campaign. During the coinage reform of 1816-17, the Guinea and its fractions was permanently discontinued in favour of the Sovereign, which was first issued in its modern form in 1817. The coinage reform that took place at this time set the size and dimensions (although not necessarily the metal content) of Britain's coinage from sixpence and above which was to last until decimalisation in 1971. The dimensions of the shilling (later the five new pence piece), would however, survive even longer, until the final old-sized five pence piece rolled off the Royal Mint production line in 1990.