The first British gold coin should be regarded as the gold penny struck by Henry III in 1257, tariffed at a value of twenty pence. It was twice the weight of a silver penny, and therefore assumed a gold / silver price ratio of ten to one. At this it was undervalued, and therefore was not a success as a circulating coin. It is now, however, one of the greatest rarities in British coins. 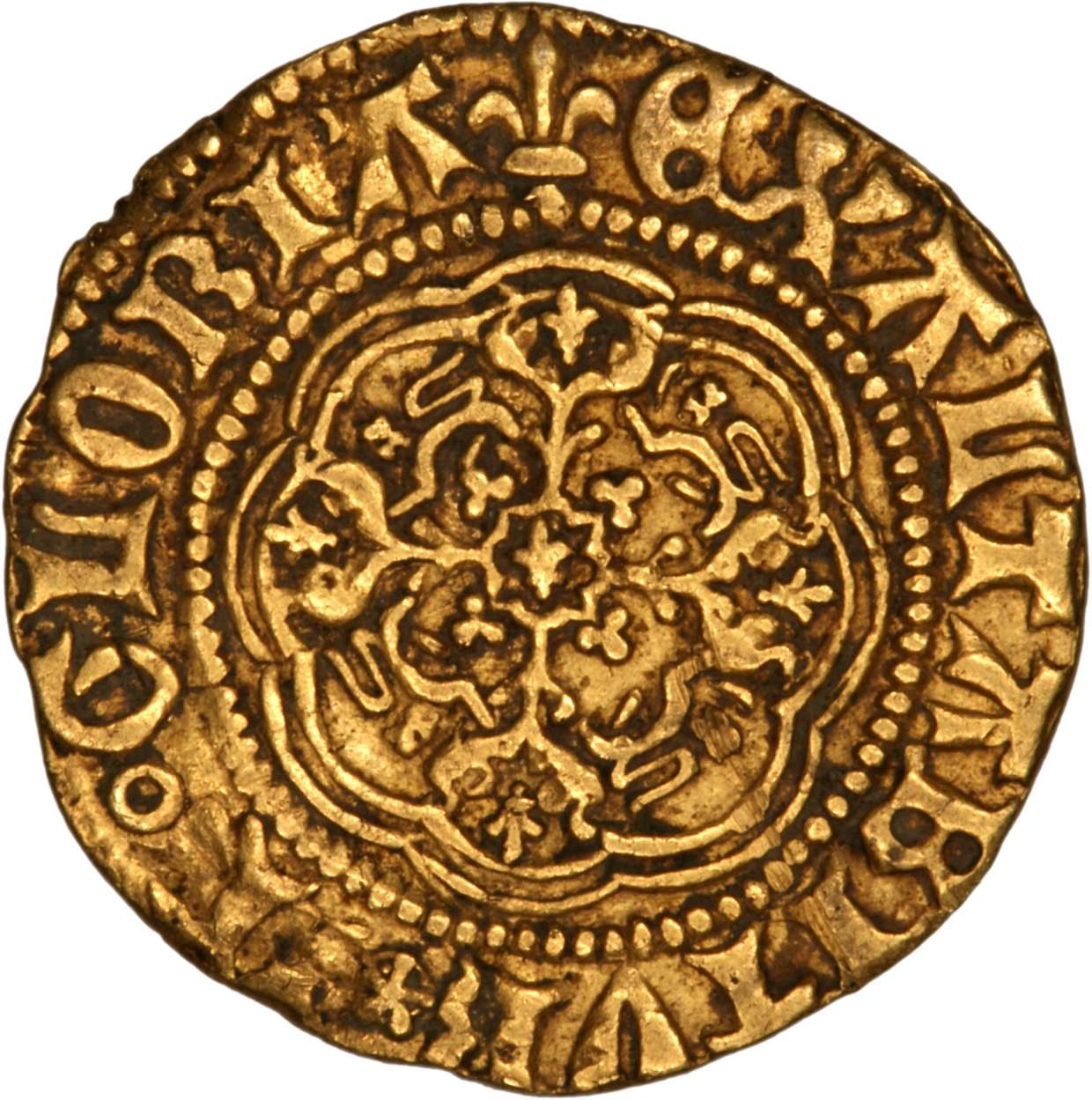 In 1344, Edward III introduced a new series of gold coins in imitation of the gold coins produced by Venice, Florence and other leading European cities. These were called florins or double leopards, half florins or leopards, quarter florins or helms. This first issue was not a success, mainly because they were overtariffed, and was soon replaced by another new series. The Noble was introduced shortly after, with a value of 6 shillings and 8 pence. Although this sounds odd, it was one third of a pound, and equal to half a mark. Pounds and marks were both units of account rather than actual coin denominations. Effectively this assumed a gold silver ratio of 11.04 to 1, which must have been about right at the time because this new denomination was to endure for over a century until 1465.

The Angel replaced the Noble in 1465 under Edward IV at the same value of six shillings and eight pence, and were to continue in use until 1642.

At the same time as the Angel was introduced under Edward IV, the Ryal or Rose Noble valued at ten shillings was also introduced. These two changes had the effect of unifying the two systems of account prevailing at the time, although the ryal dropped out of use slightly earlier, in 1600. The ryal shown in our photographs has a crown mintmark, and was therefore issued in 1466 or 1467. 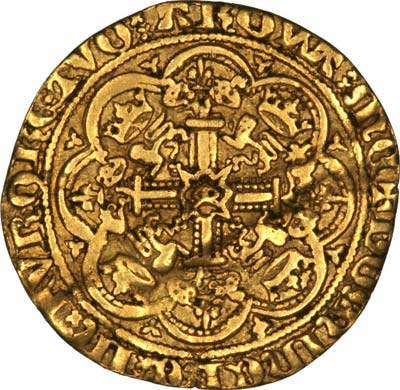 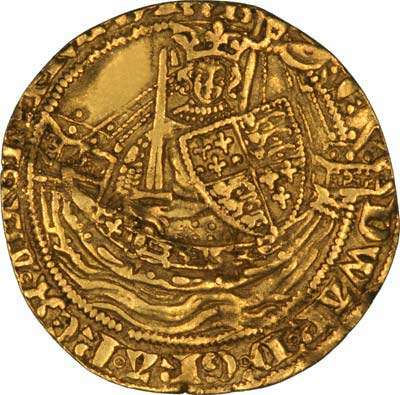 If you would like to read more on the history of Coinage we recommend the below:

The History of the Birtish Isles