Welcome to the home of 50ps at Chards! In this series, we will explore the growing trend of modern coin collecting. Collecting modern (post decimal) coins is becoming more and more popular. Particularly, with younger collectors and people who are just beginning to explore the world of numismatics.

One of the main reasons for this is budget. Antique /historic coins usually come with a hefty price tag. This means higher risk and new collectors may not be confident enough to spot a fraud! So, newer more affordable coins feel more accessible and less precarious. Modern collections are also easier and quicker to complete. A perfect way for a beginner to feel that first buzz of accomplishment when they complete a set. Finally, there is also the chance (however slim) that one of the coins you are after might be handed to you in your change! 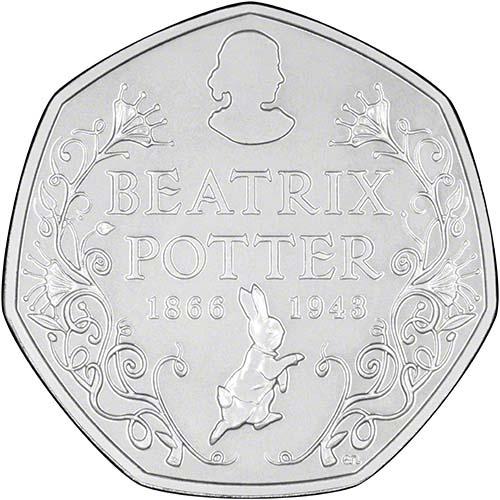 The 50p and the Public - a Rocky Love Affair

The most popular modern UK coin is the 50p piece. The first with seven sides, the 50p is a groundbreaking coin that caused quite a stir when it was first released in 1969. It came with decimalisation and replaced the 10-shilling note. This made the radical new coin unpopular with some as 10 shillings was a lot of money. Too much for a coin it was thought.

Then there were the issues of making the coin recognisable. For a coin to represent so much money, it had to be instantly distinguishable so that people wouldn't accidentally use it to pay a small bill! After all, back then, you could have a good night out on a 50p. You could get at least three pints, still have money for a ride home on the bus or tube and a get bag of chips. This problem was solved by the coin's unique shape. A seven-sided coin had never been seen before and would certainly stand out from the crowd. However, the coin proved too different for some as the press branded the new coin a 'monstrous piece of metal' and Retired Army Colonel Essex Moorcroft formed the Anti-Heptagonists, who objected to the coin as ‘ugly’ and ‘an insult to our sovereign whose image it bears’.

However, it didn’t take long for its popularity to soar. Shopkeepers quickly took to the new decimal system, enjoying it's simplicity and the minor increase in prices that came with it. The public were brought on side by the novelty of the design and the longevity of the coin. Previously a 10-shilling note would last perhaps 5 months before it would have to be taken out of circulation and replaced. The new 50p pieces could last for 40-50 years depending on use. So, in the long run, 50ps were cheaper for the taxpayer!

Now, with a growing array of commemorative designs, the 50p piece is a nostalgic and highly collectable reflection of modern Britain.

To start exploring just select a collection that interests you. For each collection we have created a collector's list. These will show you any coins available in a particular collection and their rarity.

This article collection is a work in progress, so make sure to check back regularly as we update and publish new blogs!