Her reign would come to define an age and would prove to be the longest reign in the history of the British Monarchy, until now, beating that of George III, in whose reign she was only just born into.  There are several variations and in order to categorise they are pooled by portrait, mintmark and die numbers.

Appearing on gold and silver coins from 1887 to 1893, the jubilee portrait of Queen Victoria was designed by Joseph Edgar Boehm and was the third portrait to be completed during the monarch's reign. The crown featured in the engraving was commissioned specifically for the queen, with its appropriate title of "Queen Victoria Diamond Crown", being derived from the 1,187 diamonds upon the headpiece. 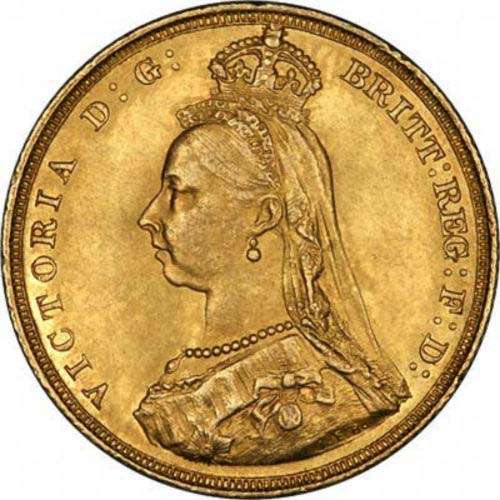 These sovereigns are commonly referred to as Type III sovereigns, or similiar. The obverse portrait is by the engraver Joseph Boehm with Pistrucci’s St George and the dragon on reverse. The new portrait was introduced for Victoria’s Golden Jubilee in 1887 and was used until 1893 inclusive. Collectors should notice that 1887 London Mint Jubilee sovereigns are yellower than other sovereigns, as slightly more silver was deliberately used in their alloy reducing the copper content. In recent years there have been new discoveries about reverse variations often distinguishable by the length of the horse’s tail. Although the tails do differ in length, the Melbourne and Sydney mint sovereigns can have the tails accurately defined by the number of spurs of hair on the left side indent in the tail. "Short Tail" has two spurs of hair, “Medium Tail" has no spurs of hair and "Long Tail" has one spur of hair. 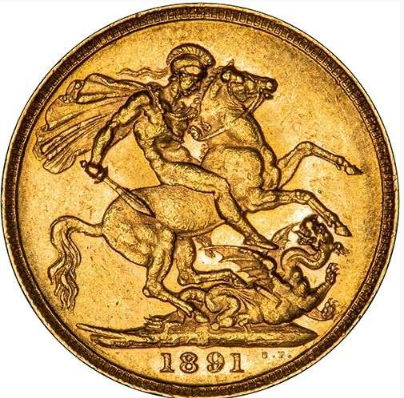 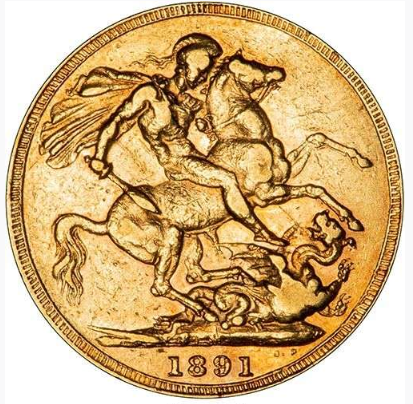 You can find more information on the alignment by clicking here

If you are not looking for a particular date, but want a nice example of this type of sovereign, you can order a "type coin". Just call 01253 343081 to talk to a member of staff.

All our coins are guaranteed genuine, and we try to grade reasonably conservatively. For customers ordering by post, we want you to be delighted when you receive your coin. We thrive on repeat business and recommendation.