The pound sterling had been a unit of account for centuries, first coming into existence in 1489 under the ruling of King Henry VII. Now for the first time a coin denomination was issued with a value of one pound sterling. This new coin weighed 240 grains which equals 0.5 troy ounces or 15.55 grams, and was made using the standard gold coinage alloy of 23 carat, equal to 95.83% fine. 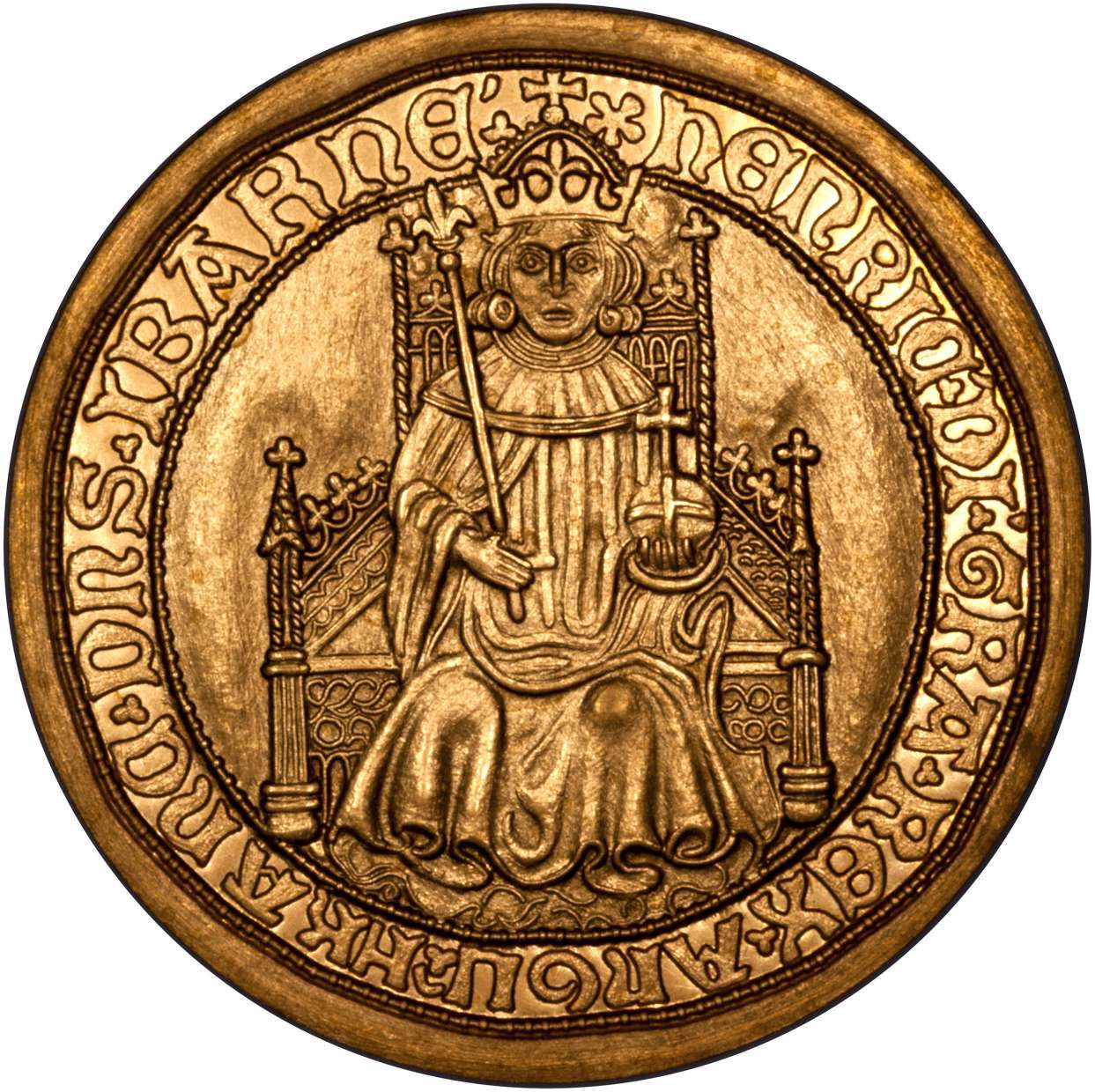 The obverse design showed the King seated facing on a throne, a very majestic image. It is from this image of the monarch or sovereign that the new coin gained its name - the sovereign. The reverse type is a shield bearing the royal arms, on a large double Tudor rose. One of the reasons for the issue of the sovereign was to imitate similar large gold coins being produced on the Continent, another was to impress Europe with the power, prestige and success of the new Tudor dynasty.

Leading Designer of the Age

For the introduction of this important new coin, and later the shilling, the leading German engraver Alexander of Bruchsal was commissioned. The new sovereign has been described as "the best piece ever produced from the English mint". Alexander came to be described as "the father of English coin portraiture". He also produced the testoon or shilling of which it has been said that "modern coinage begins with the shilling of Henry VII".

A double or treble sovereign was also issued for Henry VII from the same dies as the sovereign, but thicker and heavier. These were possibly intended solely as presentation pieces. This first sovereign occurs with a number of minor type variations all of which are rare, currently cataloguing from £7000 upwards.

Henry VIII And The First Half Sovereign

Sovereigns were then struck for Henry VIII from 1509, and a half sovereign was also introduced during his reign. In 1526 the official value of English gold coins was raised by 10%, making a sovereign worth 22 shillings (22/- or 22s.), and then shortly after they were again revalued to 22s6d. A number of new gold coin denominations were introduced with a lower gold fineness of "only" 22 carat, equal to 91.66%. In 1544 a lighter sovereign was issued, weighing 200 grains, but still in 23 carat gold alloy. 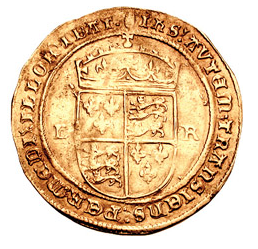 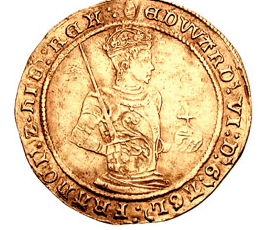 Reverse of Elizabeth I Gold Sovereign

Obverse of Elizabeth I Gold Sovereign 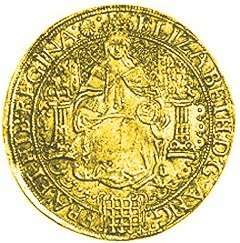 James I - The Unite Appears

In the first coinage produced under the reign of James I, from 1603 to 1604, sovereigns of twenty shillings were issued before being discontinued, the previous pound coin was made lighter and renamed as a "unite". So after 115 years, this was the last sovereign to be issued until the emergence of the modern gold sovereign in 1817.

Obverse of the Gold Unite 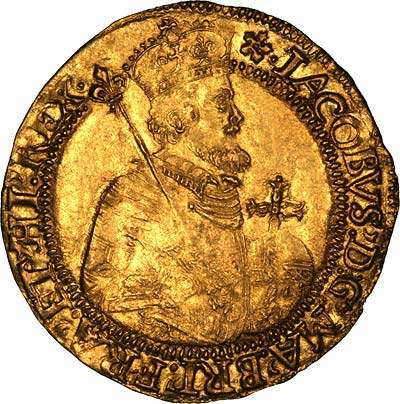 Reverse of the Gold Unite 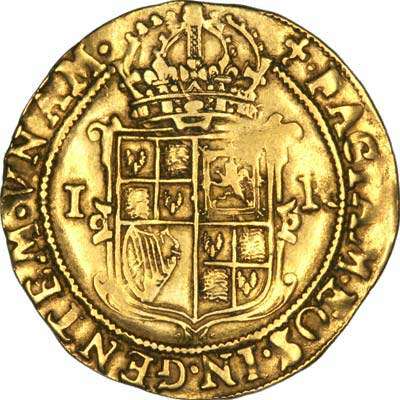 If you would like to find out more about the history of modern coinage we recommend the following pags:

The history of coinage in britian

A breif history of Scottish coinage

The story of the Florin or Two Shilling piece