Tales Of The Earth: The Dinosouria 50 Pence Collection

Founder of the British Museum of Natural History, Sir Richard Owen, the man responsible for today’s widespread knowledge of the term “dinosour”, is being honoured by The Royal Mint. It has been announced that three new fifty pence coins will pay homage to Richard Owen, Gideon Mentell and William Buckland.z 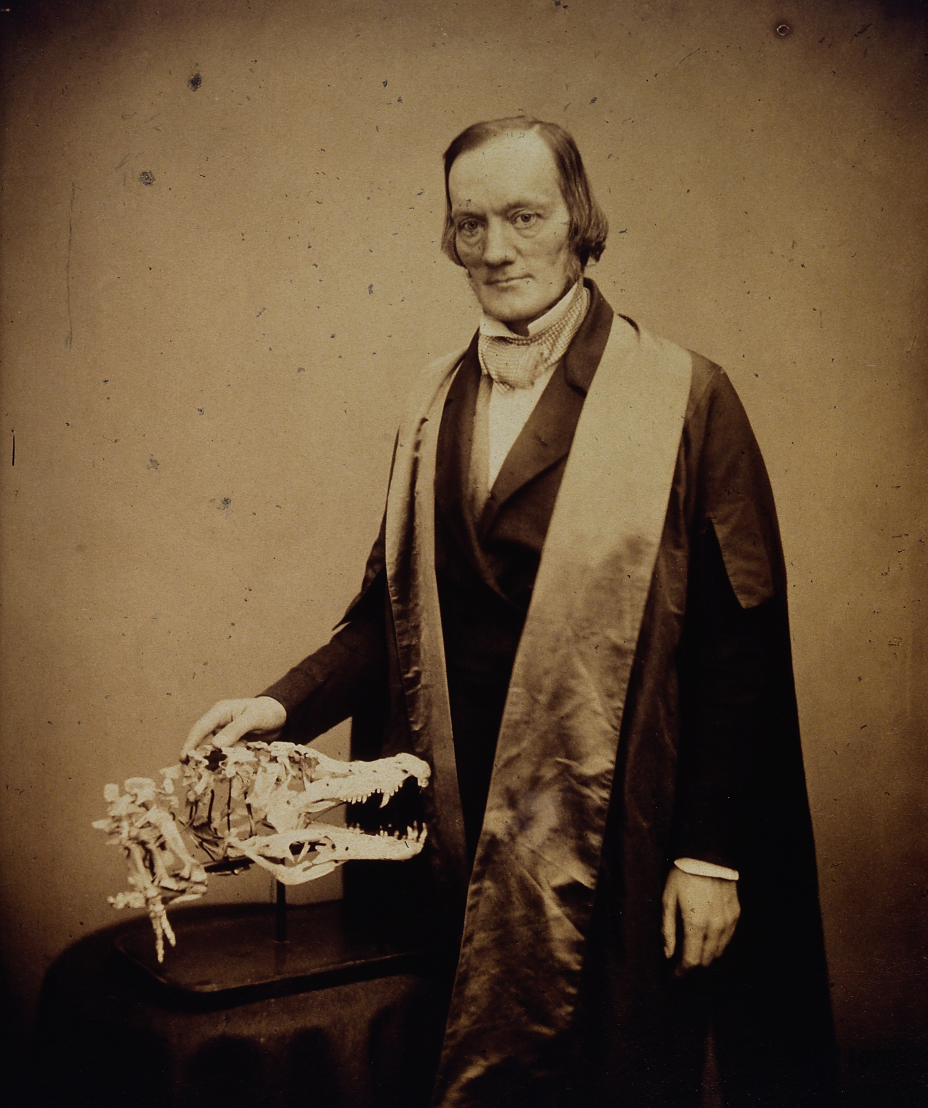 Sir Richard Owen famously discovered and named a new species known as the dinosaur. When he announced the new reptile, the first three species Richard famously referred to were Iguanodon, Megalosaurus and Hylaeosaurus. 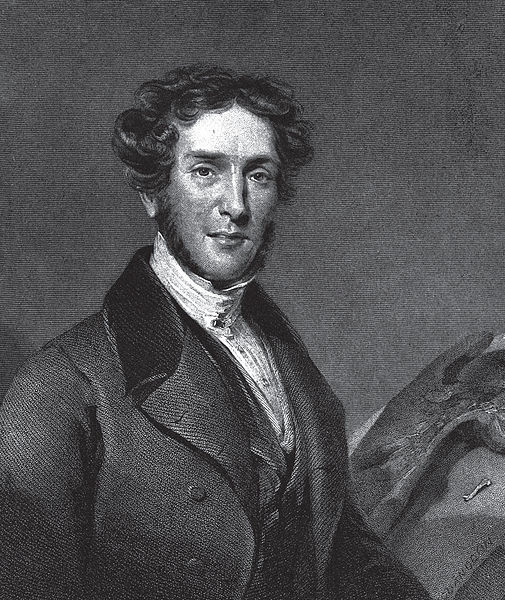 The first three dinosaurs announced by Richard Owen were discovered by inventors Gideon Mentell and William Buckland Dinosaur fossils have been around for centuries, but no one had heard of the word ‘Dinosaur’, originally Dinosauria, until Richard Owen officially named the newly discovered reptiles in 1842.  Owen first examined William Buckland’s Megalosaurus and Gideon Mentell’s Iguanodon and Hylaeosaurus. Each coin will feature these three dinosaurs and the scientists who discovered them.

The Iguanodon 50 pence has been struck in a silver proof, coloured silver proof and base metal variety, with the unique reverse design being based on accurate scientific reconstructions of the creature.

One of the more popular dinosaurs meaning ‘Iguana Tooth’ in Greek. The Iguanodon, a large herbivore that used its long tail for balance and walked on its hind legs, the dinosaur also had a sharp beak, hooved toes and thumb spikes. Compared to the Hylaeosaurus, the appearance is much clearer. For over 80 years, this specific dinosaur was known as Iguanodon, but its name soon changed to Mantellisaurus after founder Gideon Mentell who discovered the dinosaur in 1825.

The reverse of the Iguanodon, features the dinosour depicted by designer Robert Nicholls. Each also features the inscriptions “IGUANODON” and “MANTELL 1825. 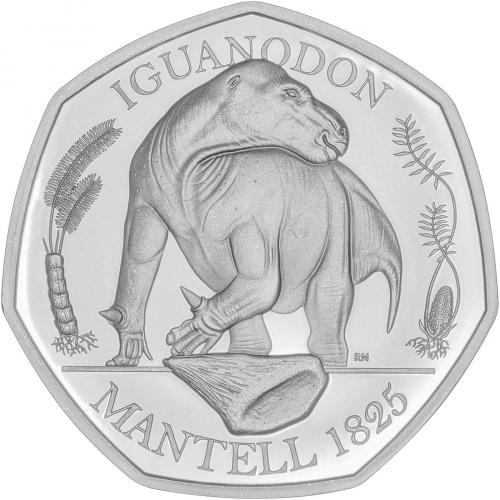 The first time the Megalosaurus has been featured on a piece of british coinage, the Megalosaurus 50 pence, produced by The Royal Mint, is available in a silver proof, coloured silver proof and base metal variety, with the detailed depiction of the creature being founded on scientifically supported reconstructions.

Megalosaurus is supposedly the first skeleton fossil to be discovered by William Buckland, this carnivore dinosaur was also the first to receive its title of Megalosaurus in 1824. Recognised as a Theropod dinosaur in the Megalosauriod family, the Megalosauriod resembles the Allosaurus. They are rumoured to have feathers on their back and head, but the remains are very limited.

Once again designed by Robert Nicholls, the 50p is incsribed with‘MEGALOSAURUS’ and ‘BUCKLAND 1824’ 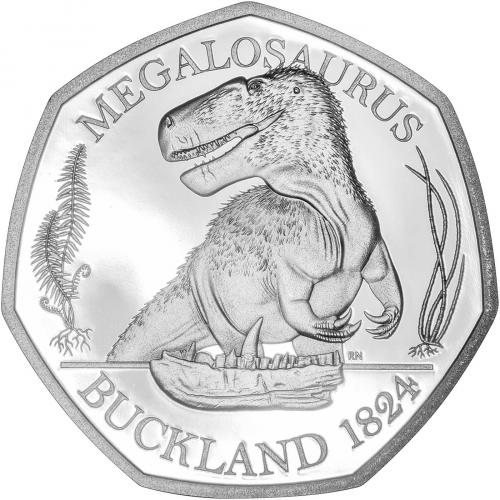 Available in a silver proof, coloured silver proof and base metal variety, the Hylaeosaurs 50 pence is yet to be released as of writing.

An armed herbivore dinosaur, standing for ‘Woodland Lizard’. The appearance of the dinosaur is mainly unknown. Hylaeosaurus roamed England and Europe in the cretaceous period. Gideon Mentell discovered the existence of this specific dinosaur in 1832. The Hylaeosaurus was one of the first Ankylosaurus dinosaurs to be named. Approximately 5 metres long, carried spikes on its shoulders for protection.

Once again designed by Robert Nicholls, the new 50 pence coin holds the inscriptions “HYLAEOSAURUS” and “MANTELL 1833”.