This is intended as a brief answer to a number of frequently asked questions about the silver content of modern British coins, and the dates of change. A more detailed answer will follow.

The silver proof versions of the 1999 and 2000 millennium crowns were struck in "fine" silver of .999 fineness.

Britannia silver is comprised of 95.84% silver and the balance usually made up with copper. 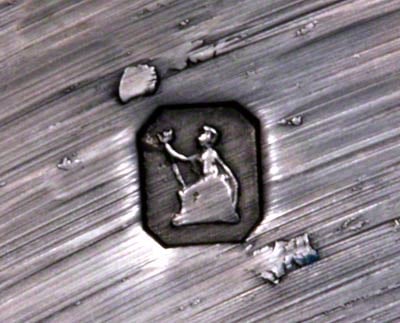 The Hallmark of 0.958 Britannia Silver

The widely recognised Britannia figure was introduced as the hallmark for the .958 fineness, and the 'lions head erased' introduced for the Worshipful Company of Goldsmiths mark. Silversmiths were required to register a new makers mark, which was the first two letters of their surname, as opposed to their initials of their forename and surname, single initial or a previously used device .
The Britannia Silver Standard was softer, less robust and more expensive, and with this in mind many silversmiths were in favour of the re-introduction of sterling silver. There were, however, other silversmiths, with a French religious origin (Huguenots) who were familiar with and in favour of Britannia silver. As the French used a higher standard of silver (95%) it meant that Britannia silver could be exported to France, whereas sterling silver could not as it was below the standard authorised by France.

In 1720 sterling silver and its hallmarks were reintroduced with Britannia silver remaining in use as a voluntary alternative. In 1739, plate workers had to destroy their existing marks and create new ones using the initials of their Christian name and surname (different characters from those previously used).

There was a revival in the use of Britannia silver for antique items during the late Victorian years, Edward VII years, George V years, and the 1960s and 1970s. 1999 saw the hallmarking system change in which Britannia silver was to be marked by its millesimal fineness (958) and the Britannia mark being of optional use. 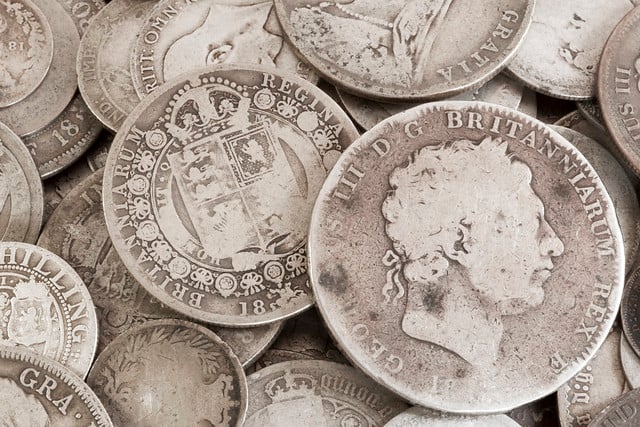 Since 1582, British silver coins have been composed of .925 fine silver, i.e. 925 parts silver per 1000, the balance being copper. this is known as sterling silver. This standard was maintained until 1919. Issues earlier than 1582 varied, and will be the subject of an expanded version of this page at a later date.

In 1920, most British silver coins, the halfcrown, florin, and shilling, were debased to .500 fine, that is 50% silver, and 50% copper. Two denominations, the sixpence and threepence were struck in both alloys for 1920. All four maundy coins were still produced in sterling silver during 1920. 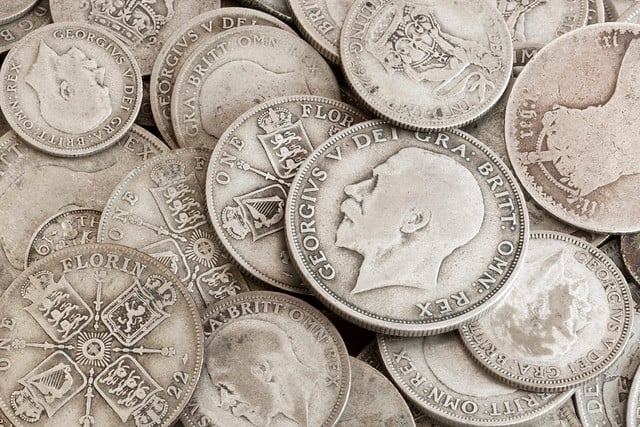 From 1947 onwards, all the "silver" coins were reduced to being made in cupro-nickel, an alloy of copper and nickel. Interestingly, the maundy coins, which had been debased to .500 fine from 1921, were increased to sterling silver, and are still struck in this metal even today.

Since 1972, certain proof issues have been produced in silver for sale at premium prices to collectors.