The Victoria Jubilee Sovereign has numerous reverse designs, in this blog we will explore both varients of the St George and the Dragon design Between 1887 and 1892. If you are looking to buy Victoria Jubilee sovereigns please follow this link.

There are two reverse types of Victoria Jubilee gold sovereigns. The first type was issued from 1887 to 1990 inclusive, and features s horse with a short tail. The second type, issued from 1891 to 1893 only, has a different reverse, the most easily noticeable feature of which is that the horse has a longer tail. Only quite recently has a rare variety of 1891 London Mint sovereign been discovered which uses the reverse design of the earlier type. This remains unlisted in Marsh*, but we spoke to Michael Marsh in early 2005, and he stated that he had been aware of it prior to the publication of the 2002 Golden Jubilee edition of "The Gold Sovereign", but had not felt confident that enough research had been done to warrant publication. He had intended to include it in an updated edition, but sadly has since died. 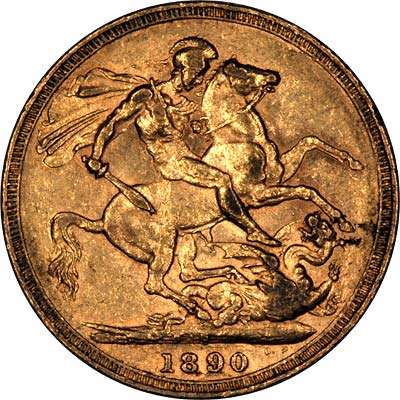 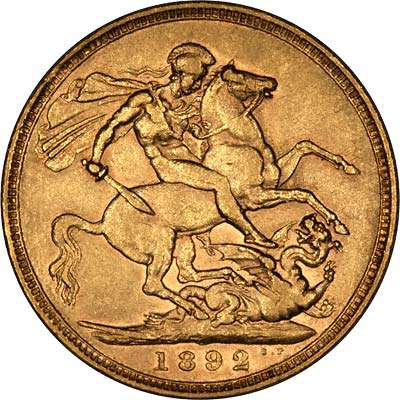 The most easily spotted difference for most people is the longer tail on the horse, although most if not all of the tail appears to have been recut.