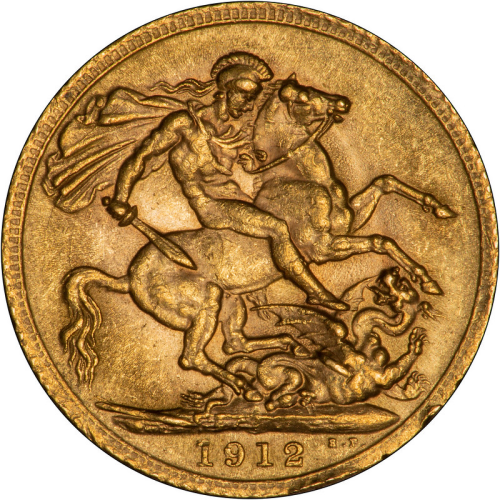 Years ago, when we operated on a gold standard, gold and silver coinage circulated freely and was the common medium of exchange when buying goods or services. Because they were struck in precious metals, their value was based on the intrinsic value of the metal it was made from.

Not only that but denominations like the British pound, US dollar and French franc were the names for specific weights of gold.

It would be misleading to think of exchange rates as £1 exchanging for $5 ($4.87 to be exact). The pound, dollar and franc etc. were the names given to describe a specific weight of gold, so it would have been more accurate to describe exchange in terms of gold.

Nowadays, few people think of coins in those terms, but it is interesting to see how gold coins were viewed in the past to how they’re viewed now. When we look at the cost of purchasing a gold sovereign today (£330+), few may know that it has a nominal or “face” value: £1. This means as a legal tender, pound sterling coin, it can be used in an everyday transaction to purchase something with a price of £1. This is because in the days of the gold standard, the gold sovereign was a £1 coin.

Modern 1oz gold similarly have face values, but these vary from country to country:

There are some differences between coins. In the US for example, the eagle was one of the four decimal base units for the denomination of US currency up to 1933 and had a face value of $10. In South Africa, the famous Krugerrand has no face value as such but is still considered legal tender in its home country.

Legal tender coins can be used as payment for their face value, but how often do they? Why would anyone pay for £100 worth of groceries with a coin that has an intrinsic value of 10, 20 or 30 times it’s face value? We wouldn’t say it would NEVER happen, but it would be unlikely, and probably a waste to do so.

The difference between nominal and intrinsic values, does however go some way to explain the concept of Gresham’s Law. 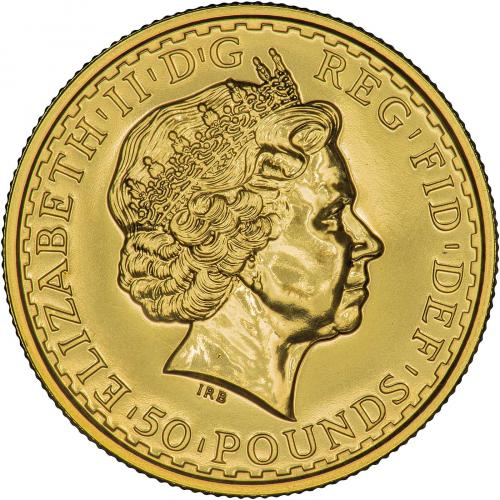 Perhaps more correctly, “artificially overvalued money drives out artificially undervalued money”. This is often given as an example of why we now use paper money as opposed to hard money like gold or silver. While not entirely accurate, it does go some way to explain why gold is considered more of an investment nowadays and why paper money has succeeded it.

Firstly, when we say that money is artificially overvalued or undervalued, we are not referring to market prices going up or down as to supply and demand, but rather to how a centralised entity can claim that something has value, by mere proclamation.

Let’s compare a £50 coin like the 0.5oz gold Britannia (above) with a £50 note. Both are pounds sterling and UK legal tender. You could use either as a means of payment if you so wished. However, most people would likely pay with the banknote. Why? Because unlike the banknote, the half-ounce Britannia has a high intrinsic value (roughly £680.00). The £50 coin will hardly be used in any transaction for its face value and will most likely be kept at home or sold for its market value, essentially removing it from circulation. This money has been undervalued, by the £50 denomination.

What is the intrinsic value of a £50 note? How much does it cost to make? Assumedly, the amount is a tiny fraction of its face value. After all, how much can a piece of cotton (not synthetic polymer like £5, £10, £20 notes), be worth on the market? Well, around 53p per lb., so considering a £50 note weighs just over 1.2 grams, this works out to roughly 0.002p per note! So where is the value coming from? Nowhere other than the issuer with the legal authority to do so. This is money overvalued by its £50 denomination.

This is why gold and silver have been in circulation for so many centuries. It has market value which stretches out over continents, regardless of the monetary unit assigned to it.

Legal tender bullion coins can certainly be used as a means of payment, but their intrinsic value and undervaluation by governments keep them from circulating. This is not necessarily a bad thing, as they retain value over time, but the manipulation of paper currencies has led to their undoing, so much so that “paper” currencies may also be a thing of the past, although it will hold much less relevance.

If you have any old coins you'd like advice on, we're more than happy to help.

Take a look at our gold and silver guides if you would like to know more about inveting.

Click the links to see our range of gold and silver coins.