As you can see from our photographs, there is a new design of five pound crown issued in 2002 to mark the celebrations of the Queen's Golden Jubilee year. 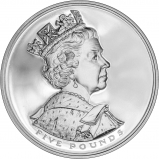 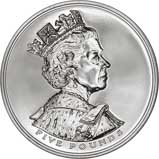