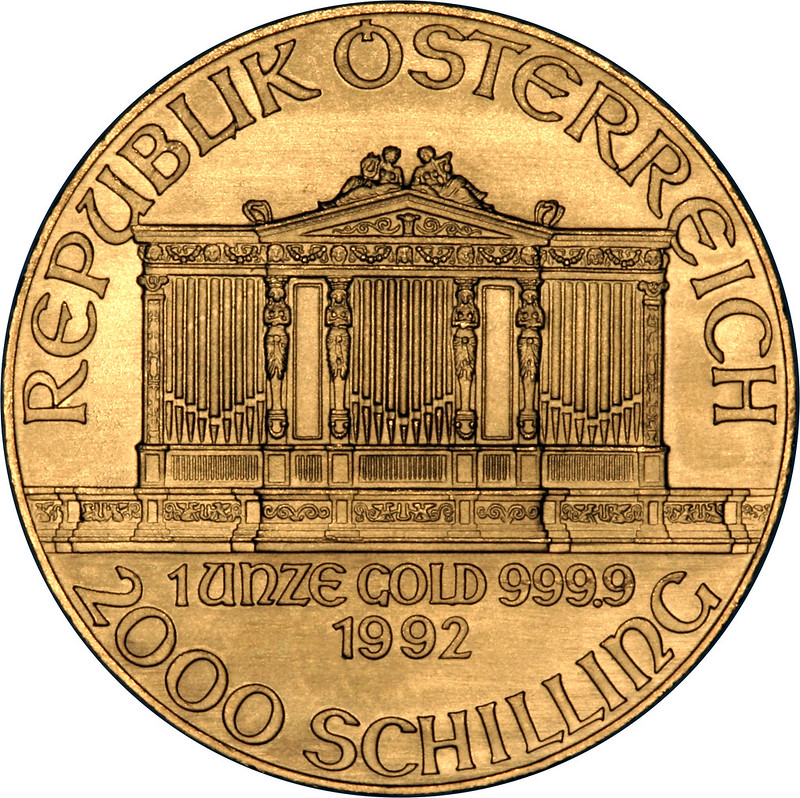 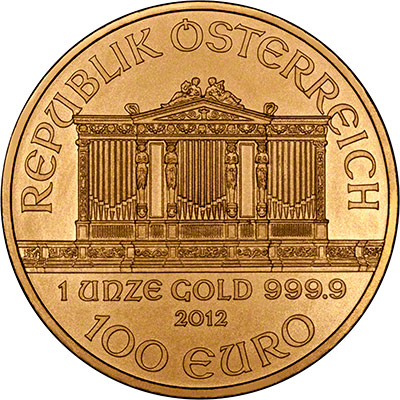 The Austrian Mint in Vienna followed suit from the Royal Canadian Mint, South Africa Mint and Royal Mint, minting it's first 1oz gold bullion coin in 1989. Its design celebrates the Vienna Philharmonic Orchestra, considered by many to be the finest in the world, hence the name The Vienna Philharmonic coin, more commonly known as The Philharmonic or Philharmoniker, and sometimes shortened to Phil(s).

Design of the Gold Philharmonic

The edge of the coins are reeded. 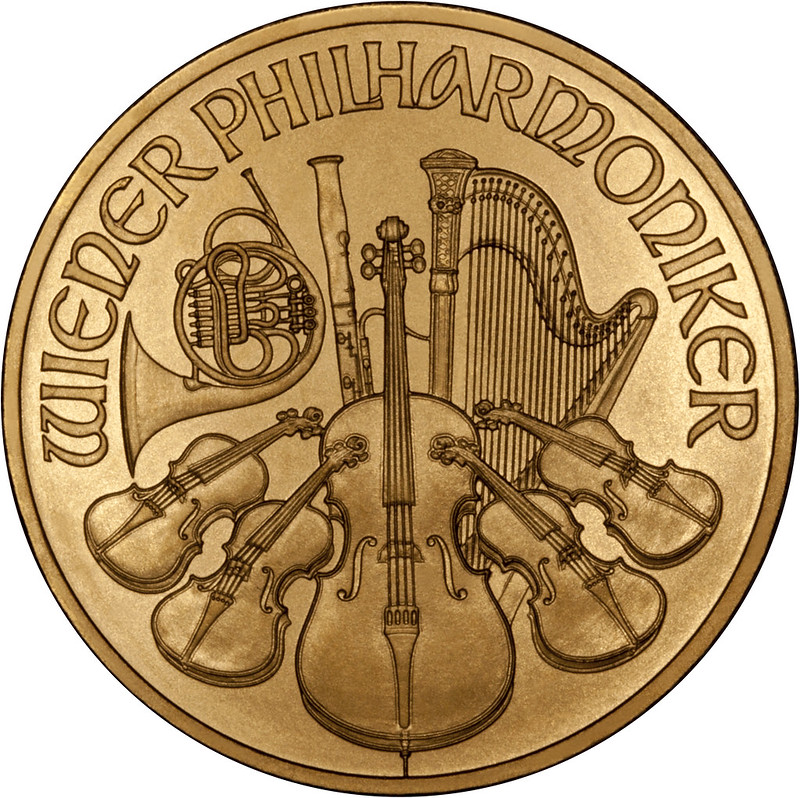 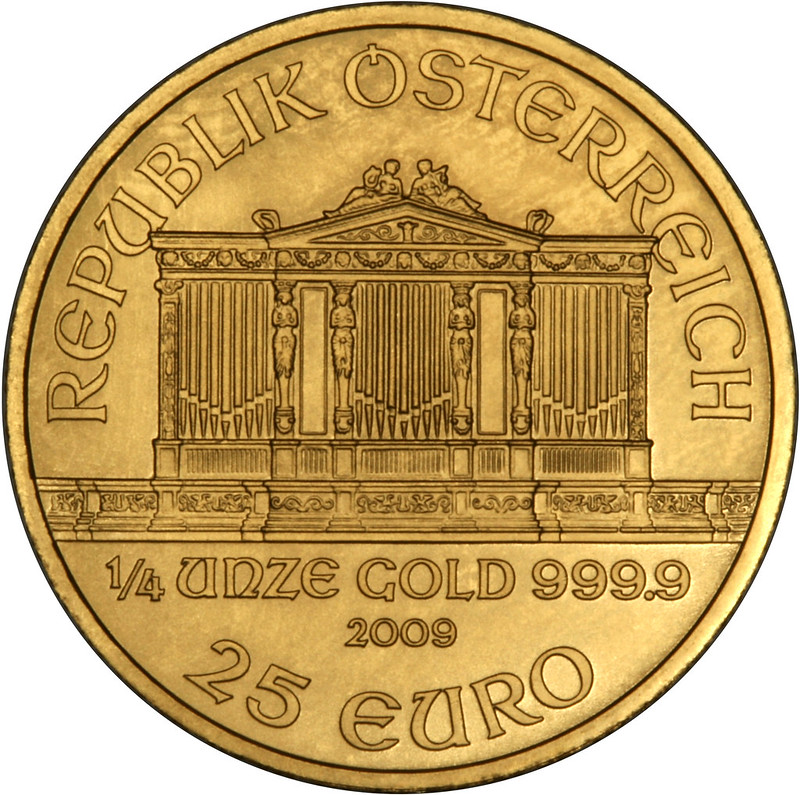 Gold Philharmonics are available in various weights and denominations. Along with the 1oz coin, in 1989 the Austrian Mint also produced the Philharmonic in a quarter ounce. They later extended their range to include tenth ounce (1991), a half ounce (1994) and a twenty-fifth ounce (2014).

Anniversary of the Gold Philharmonic

Also in 2014, two coin proof sets were issued using the full ounce and quarter ounce Philharmonics as these were the two sizes originally issued in 1989.

As with most one ounce gold bullion coins, they were originally made available to world bullion dealers at a 3% premium over the current gold fix, so that after distribution costs, the coins would be available to investors in quantity at about 4% to 5% over intrinsic gold values, and possibly 10% premium for single pieces. Presently, it is closer to the 2% premium depending on quantity but these deals are confidential between the Mints and their major customers. 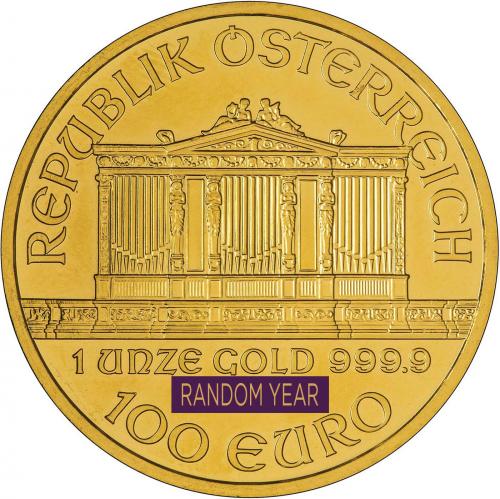 1 oz Gold Coin Philharmonic Bullion Best Value - Secondary Market are currently priced from from £1,526.03, which is a premium of from 4%. Quantity breaks are also available on this product.

You will receive our choice of year. If you wish to sepcify a year, you can view all of our gold Philharmonic coins here.

The Austrian Mint, also produced Philharmonics in silver and platinum.