Everything you need to know about maples.

Many countries now issue a one ounce bullion coin, to be sold at a very low premium over the intrinsic gold value. Canada was the first country to introduce a "pure" gold bullion coin, the maple or maple leaf. When it was introduced, in a one ounce version only, it was made of .999 gold (99.9% pure), from 1983 onwards this was changed to .9999 (99.99% pure). This makes very little practical difference to the actual gold content or value. In 2007, a .99999 version was introduced and we currently have the 2008 .99999 gold maple coin one on our website. 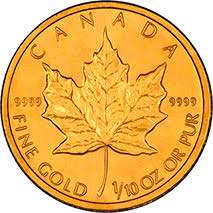 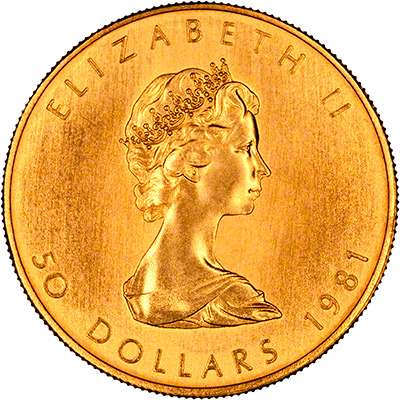 Because Krugerrands were the first one ounce gold bullion coins to be issued, it is worth comparing gold maples with Krugers. Krugerrands were first issued in 1967, as one ounce bullion coins. From 1980, they were also produced in fractional sizes of half ounce, quarter ounce, and tenth ounce. Maples were introduced as a one ounce coin in 1979. This was followed in 1982 by tenth ounce and quarter ounce versions, in 1986 by a half ounce, in 1993 by a twentieth ounce, and in 1994 by a fifteenth ounce version. 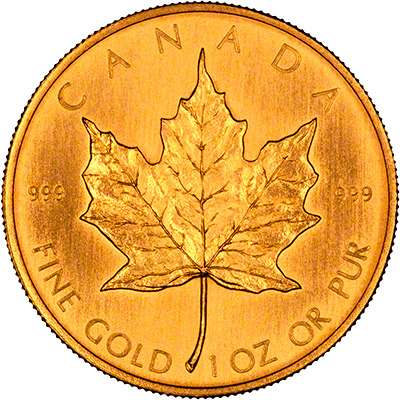 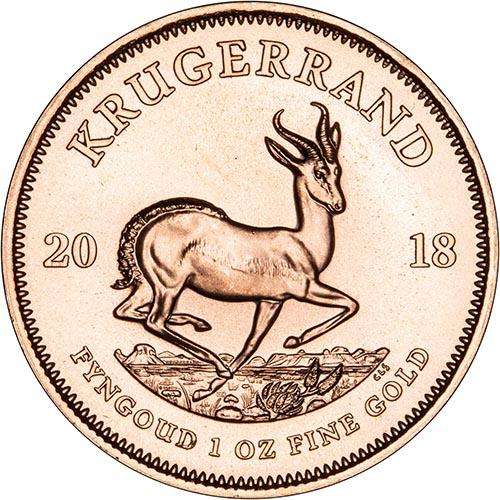 Gold Maples are available in six different sizes and weights, from one ounce to one twentieth of an ounce, as detailed below. Only the four larger sizes can seriously be considered as bullion coins, because of the high premium on the smallest two sizes. The smaller sizes were introduced in different years as can be seen from our table below. They have not necessarily been produced in every year within the date range.

The maple leaf, being Canada's national emblem, was an obvious and suitable choice for the reverse of Canada's one ounce bullion coin. It makes the maple leaf instantly recognisable worldwide. The obverse bears a portrait of Her Majesty, Queen Elizabeth II.

One distinctive feature of the maple is that it is made of pure gold ( .999 or .9999 fine), rather than 22 carat (.9166 fine). Because this means a maple is smaller and lighter than a Krugerrand, it is possible that this stopped the maple from being an immediately successful competitor to the Krugerrand, however, we find we have many customers who now prefer maples or other fine gold bullion issues rather than Krugers or other alloyed coins. For circulating coins, pure gold would be too soft to be sufficiently durable, but for a bullion coin, there is no such disadvantage. In many ways, it is more exciting to hold a pure gold coin rather than an alloyed gold coin. Pure gold certainly has a beautiful colour, and being of higher density, also has a higher quality heft or "feel".

As with most one ounce gold bullion coins, they are made available to world bullion dealers at approximately 3% premium over the current gold fix, so that after distribution costs, the coins would be available to investors in quantity at about 4% to 5% over intrinsic gold values, and possibly 10% premium for single pieces.

The fractional sizes were issued at higher premiums to bullion dealers of 5%, 7%, and 9% respectively. The fractional coins have never been as popular as the full one ounce coins, usually only being purchased as singles, so that in practice, it would usually cost 10% to 15% premium for the half and quarter ounce, and from 20% to 50% premium for the tenth ounce, most of which seem to have been used in jewellery. Most bullion houses do not want the bother of handling small quantities of low value coins. The two very small sizes are issued at a substantially higher premium over their gold content. 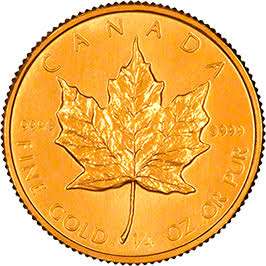 Maples For Sale by Date - We can now also offer maples by date, for all weights.