There seems to be a misconception of what ‘pure gold’ actually constitutes in the real world. Pure gold could be described as 100% gold or 24 carat gold, but we see the term used without strict accuracy when applied to investment gold coins and gold bars. 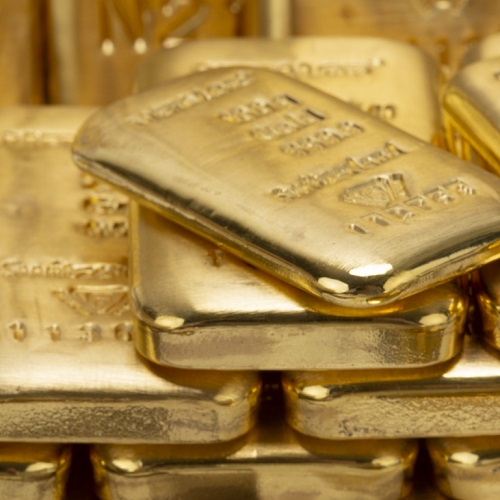 Pure Gold in the Real World

The first thing we should point out is that it is almost impossible to economically or commercially obtain absolutely pure gold. 24 carat gold would be absolutely pure.

Before electrolytic refining, highly refined gold was usually .9995 pure (99.95%). If we convert this to carats, it would be 23.988 carats. London good delivery gold bars are acceptable at .995 which is ‘only’ 23.88 carat. With electrolytic refining, it became commercially economic to produce .9999 fine gold, which works out to 23.9976 carats. The Royal Canadian Mint also produce a .99999 fine gold coin, advertised as the world's purest gold coin. This works out at 23.99976 carats. It follows from this, that it is more accurate to refer to bars by their decimal millesimal fineness rather than as 24 carat.

We have provided a table for gold fineness for reference:

Almost all of the gold bars we sell are ‘Four Nines’ which indicates it is 99.99% pure gold. This is the highest purity of gold bar which is economic to produce for the investment market. Only the scientific market would need anything of greater purity, and the production costs would increase disproportionately so much as to make it unprofitable.

Most of the time, we simply refer to them as 'gold bars', and there is no need to specify the purity, as it is understood to be .9999 fine. The minimum accepted standard for gold bars to be treated as VAT free investment gold in the European Union is 995 parts per thousand, equivalent to 23.88 carats.

Why not? The original purpose of gold coins was to circulate as everyday money, therefore they needed to be durable. To strengthen such coins for circulation, the gold would typically have been alloyed with another metal, usually copper. The classic example of this would be the British sovereign, which is 22 carat gold alloyed with copper and occasionally traces of silver.

However, coins intended purely for storage as investment bullion coins do not have this requirement, therefore there is no reason for not using ‘pure gold’.

There is a possible advantage that fine gold does not need to be alloyed, therefore removing several production stages, and it is possible that pure gold coins can therefore be produced more cheaply than alloyed ones. Add to this the fact that some people, given a choice may have preference for one type over another, then the introduction of variety is desirable.

It may be that Canada wished to appeal to a different sector of the market when it decided to issue its famous gold maple leaves in .999 ‘pure gold’ rather than 22 carat gold in 1979. They went one step further in 1982 with the .9999 maple leaf, and then with the .99999 fine bullion maple leaf coin in 2007. This is currently the purest gold bullion coin on the market.

However, the Royal Canadian Mint are not the ones to have produced the purest ever gold. The Perth Mint achieved this in 1957 when it produced a 13 troy ounce proof plate of 999.999 parts of gold per thousand - six nines. This was confirmed by the Worshipful Company of Goldsmiths in London, and is the equivalent to 23.999976 carat gold! Not quite pure gold, but probably the closest to pure gold likely to be produced.

The Truth, The Whole Truth, and Nothing but the Truth?

Perhaps the gold standard should be the oath taken by witnesses in English courts, and that is to tell ‘the truth, the whole truth, and nothing but the truth’.

If you are looking for or asking for pure gold, you are asking the wrong question, in which case you are likely to get a wrong answer! To understand the answer to such questions, you need to understand something about truth, accuracy, and honesty. If you ask a question in imprecise terms, you should not be surprised if the answer you receive is at a similar level of imprecision or approximation. Perhaps we are being slightly pedantic, but we prefer to give accurate information, and the shortest answer is not often the most precise.

If we were asked whether our .9999 fine gold bars were pure gold, one could answer yes or no with equal accuracy. ‘Yes’ would be correct as any bar of 97.9166% or higher purity is nearer to 24 carat than it is to 23 carat. In the United States, gold jewellery manufacturers are legally allowed a half carat tolerance or leeway. A mathematician would recognise that this was a matter of ‘precision’, numbers can be rounded to a number of decimal places or a number of significant figures. As far as 24 carat is concerned, there is an implication that 24 can mean anything between 23.5 and 24.5, but 24.0 indicates anything between 23.95 and 24.05. Similarly, a number written as 24.00 24.000 or 24.0000 would indicate a number accurate to the penultimate decimal place, so that each of the three numbers specifies an increasing degree of precision.

To state the whole truth, it is necessary to explain that 24 carat gold does not exist except in theory or possibly in infinitesimally small amounts in scientific laboratories. This should be followed by a statement of its purity indicating or specifying the degree of precision.

You may be interested in reading through our Gold Guides.