Sterling Strengthens Against Gold and Silver

Markets and traders are showing increasing confidence in sterling as it jumps to a 7-month high against the US dollar and a 31-month high against the euro. The pound is currently trading at $1.31619 and €1.18926 respectively. The markets are backing sterling as they see a majority Conservative government as the most likely outcome of the election, which would provide the most certainty in the short term in their opinions. This is a result of recent polling data showing the Conservative Party will return with a majority government after the election, but the only poll that matters is the one on the 12th December. Notwithstanding, we at Chards thought it would be interesting to conduct our own poll amongst ourselves for the Blackpool South constituency and the results are as follows:

This poll result should obviously be taken with a pinch of salt. Our point is traders would be wise to remember that polling data before the 2017 general election and the 2016 European Union referendum did not accurately predict results and provided unexpected outcomes, so investors should be cautious towards polls which only sample a fraction of the electorate.

This optimism has led to both gold and silver declining quite sharply since precious metals are primarily priced in US dollars. In terms of gold, the same price changes have not been seen in the gold price in US dollars: 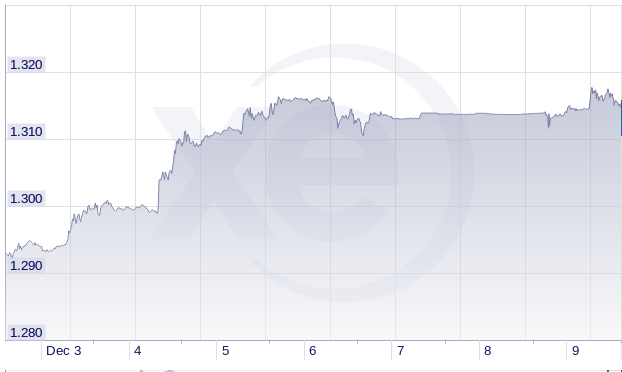 It is hard to see if sterling will maintain this position. Even if the markets and pollsters are proved right and the Conservatives win an overall majority, Britain would still face the prospect of incredibly tough trade negotiations with the EU with all the uncertainty with it. On the other hand, a hung Parliament or a Labour majority government could also add to uncertainty and spook markets. With Britain facing these turbulent decisions soon, this dip in gold and silver prices could make this the prefect opportunity to invest in these precious metals.