Your favourite Marvel heroes and villains are available to collect in the form of one-ounce Silver Dollars from the island nation of Tuvalu. Read on to find out more about these cool coins and the characters up for grabs.

How many Marvel characters can you name? Pre 2008, unless you actually read comic books, you probably would have said “What’s Marvel?”. Or maybe “Spider-Man”. Following the success of the Marvel Cinematic Universe, ask anyone that question now and they’ll probably know at least four or five.

Before its film and television division (Marvel Studios) became a cinematic superstar, Marvel was best known for its 1960s Stan Lee superheroes like the Fantastic Four, Spider-Man, the Incredible Hulk and the X-Men. However, through the growth of the Marvel Cinematic Universe the general public have been introduced to other Marvel characters like Iron Man, Thor, Captain America, Black Panther and Deadpool. 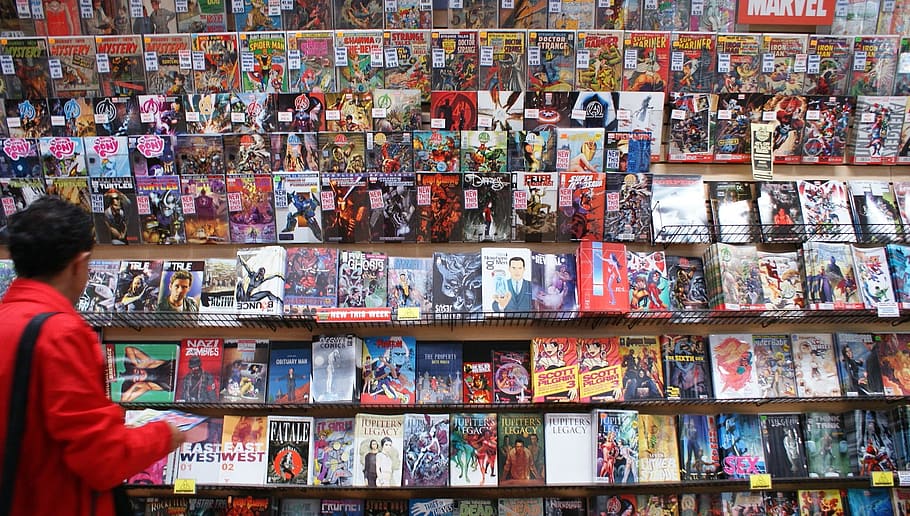 The collection started in 2017 when the government and treasury of Tuvalu (an island in Polynesia) commissioned The Perth Mint to strike 50,000 1Oz Dollars made from .9999 silver bearing Queen Elizabeth II on the obverse and Spider-Man on the reverse. Tuvalu, as a Commonwealth country, has the Queen as their monarch and so she appears on their coinage as a matter of course. However, Spider-Man was definitely new!

Since then the collection has grown to eight coins in total but with new coins released all of the time this is a collection to keep your eye on. All of the designs are all based on original characters and artwork published by Marvel Comics (not their MCU film counterparts). As with the first coin (Spider-Man) each coin has a mintage of only 50,000. So, keep watching and get in there quick. Your favourite might be next!

Did you know that Venom was thought up by a fan? A Marvel Comics reader named Randy Schueller. In 1982, Marvel purchased the idea for $220.00 after Randy wrote to them outlining his idea for a new black suit for Spider-Man that would enhance his powers but be made of unstable molecules. 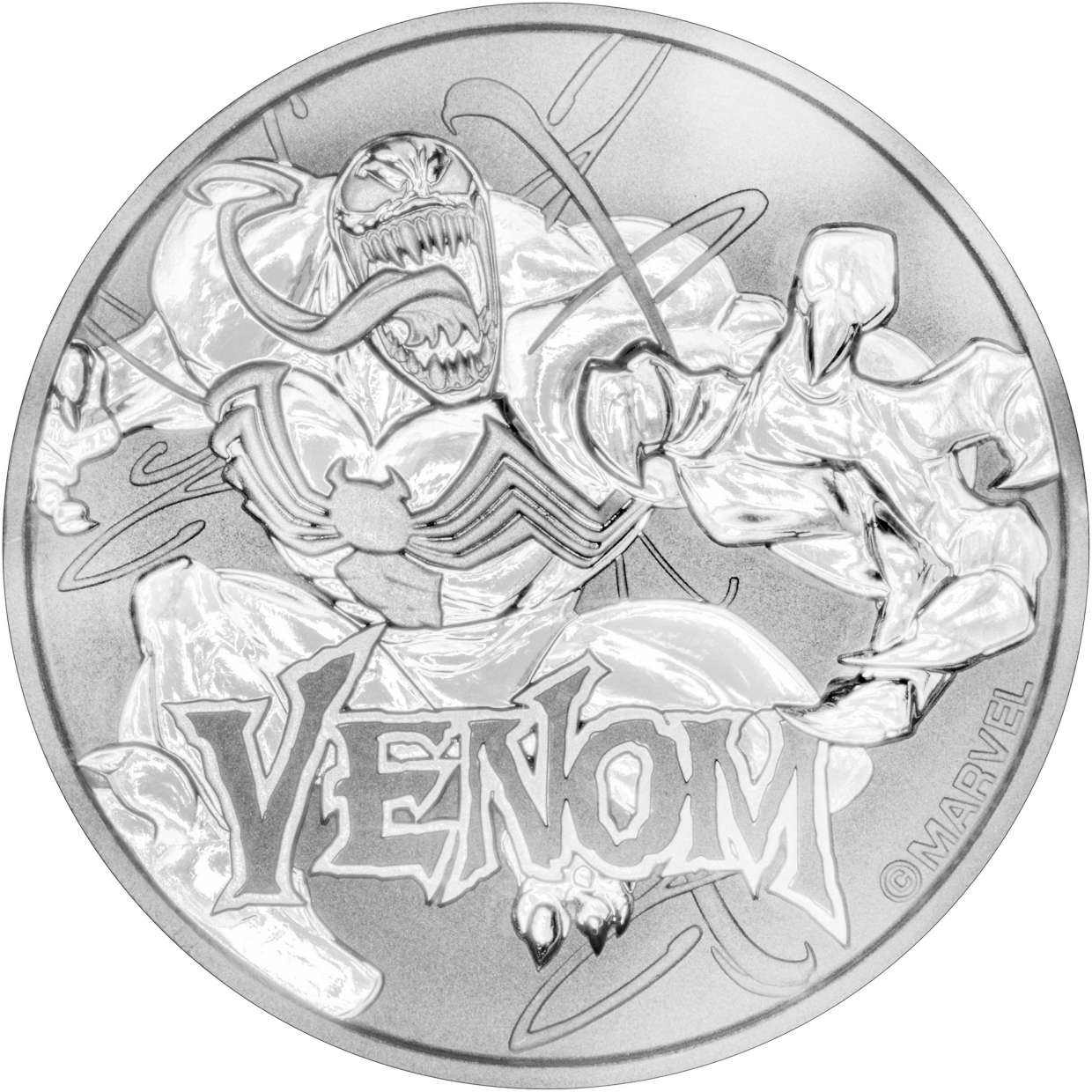 Gaping and sharp, the mouth of Venom leers out from this coin. As an alien amorphous form, Venom is one of the most complex and intriguing characters of the Marvel collection. Its mouth and tongue are its most recognisable features although its appearance changes depending on the host it is currently bonded with. The background of this coin is unusual as it is blank but that highlights the tendrils that Venom uses to bind itself to its host. Like the Deadpool coin, this one has only the word Venom and no Marvel Logo at the bottom of the coin. This is probably because the Venom film was produced by Sony and is not part of the MCU. The copyright mark and word Marvel appear in space at the bottom right of the coin.

Did you know that Hulk (Bruce Banner) has been married 3 times and has 4 children?

The Hulk’s face is full of rage as he almost bursts from his coin. Fully transformed into his big, green self, he smashes his fist against the right edge of the coin. The background of the coin is fissured perhaps to show the destruction that the Hulk leaves in his wake. The Marvel Logo and the word Hulk appears above his head and the copyright mark and word Marvel appear on the far-left edge of the coin. 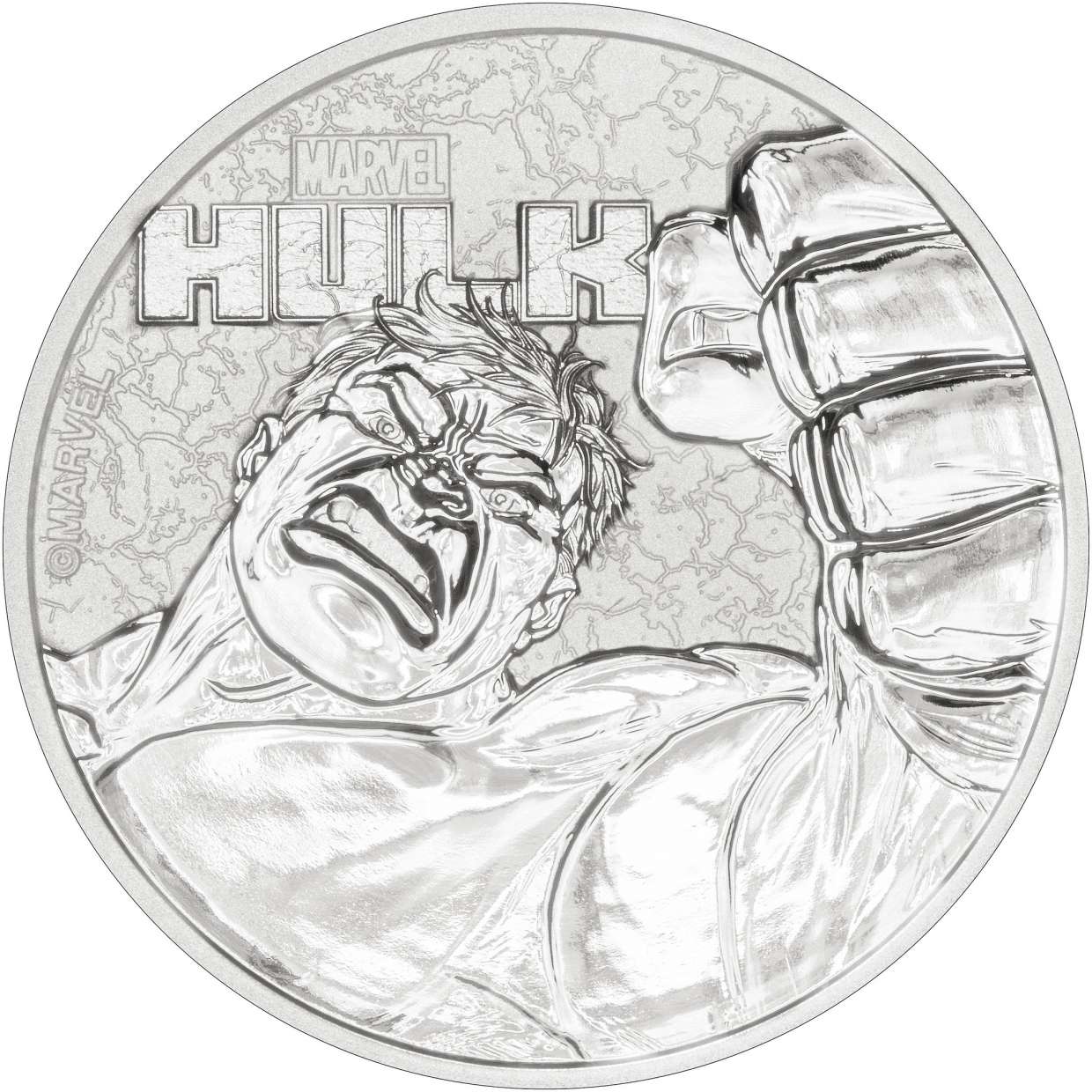 Did you know that Steve Rogers was literally born on Independence Day? His birthday was 4th July 1918. He was designed to be the personification of the best of America and so, even before he becomes Captain America, his birthday ties him to the history and ideals of the nation. 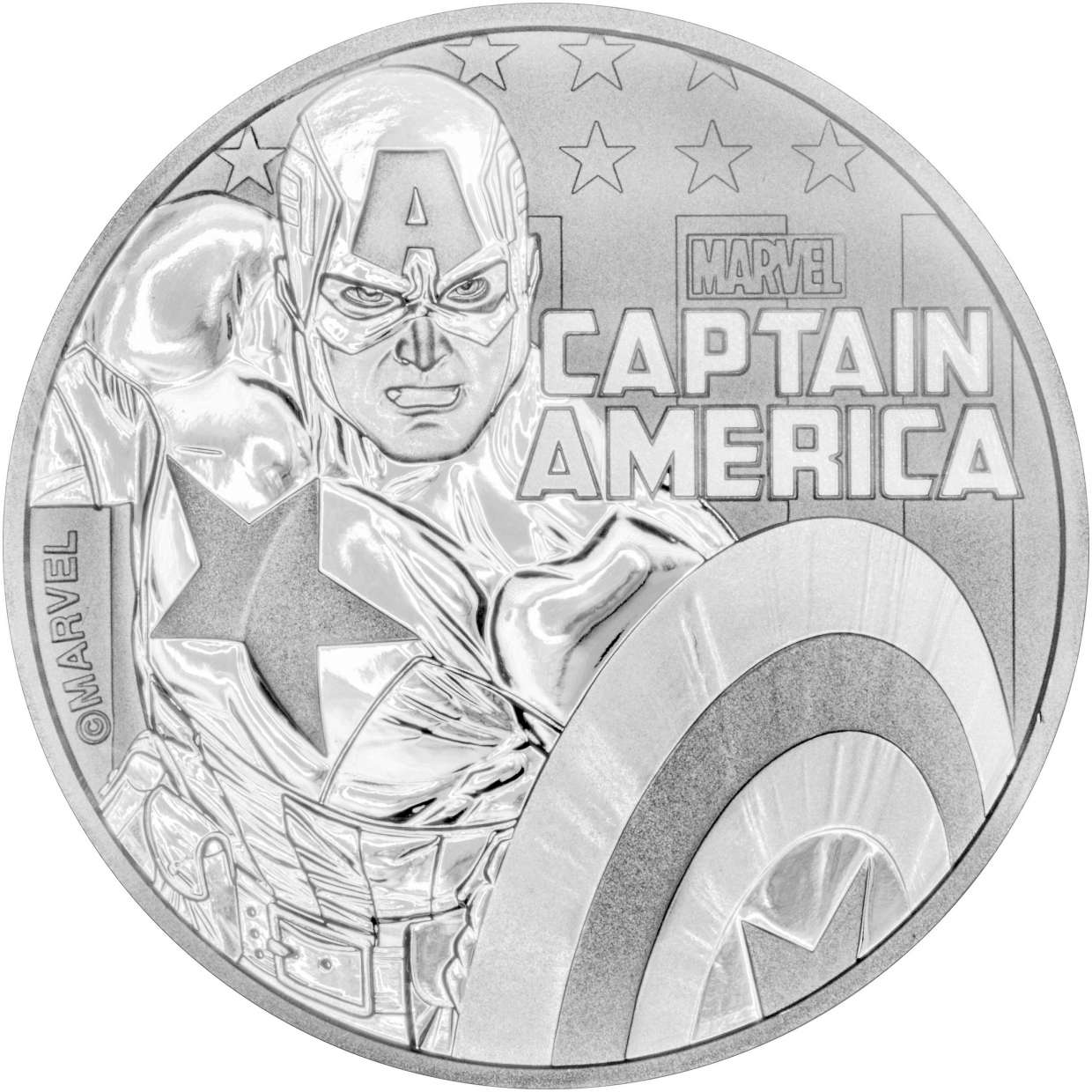 Captain America leans into his Proto-Adamantium disk shield. He wears his full suit and mask. The background is the American flag. The Marvel Logo and the words Captain America appear to the right of his face and shoulder. The copyright mark and word Marvel appear in space under his arm on the far left of the coin.

Did you know that Deadpool has bovinophobia? It’s the fear of cows who apparently “scare the heck outta” him.

In standard Deadpool fashion, he stands arms crossed glowering out at the world. We can see his dual katanas (swords) protruding over his shoulders. The background of this coin is the famous Deadpool Logo. The word Deadpool appears at the bottom of the coin across his body and the copyright mark and word Marvel appear in space at the far right of the coin. Interestingly, the Marvel Logo isn’t with the name of the character like with previous coins. This could be because the Deadpool films (like the X-Men films) were produced by 20th Century Fox. 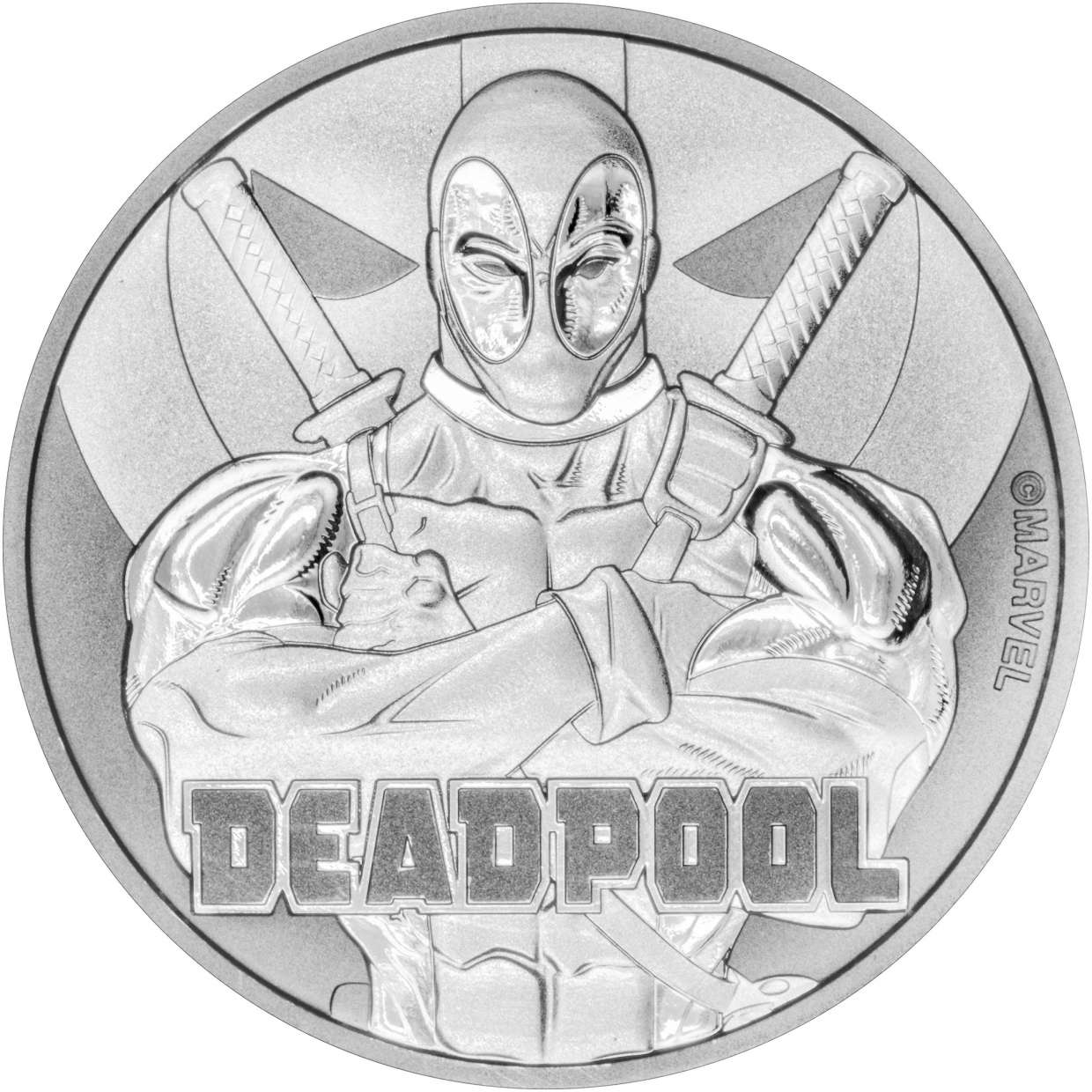 Did you know Iron Man’s artificial Butler, J.A.R.V.I.S, stands for “Just A Rather Very Intelligent System.”? 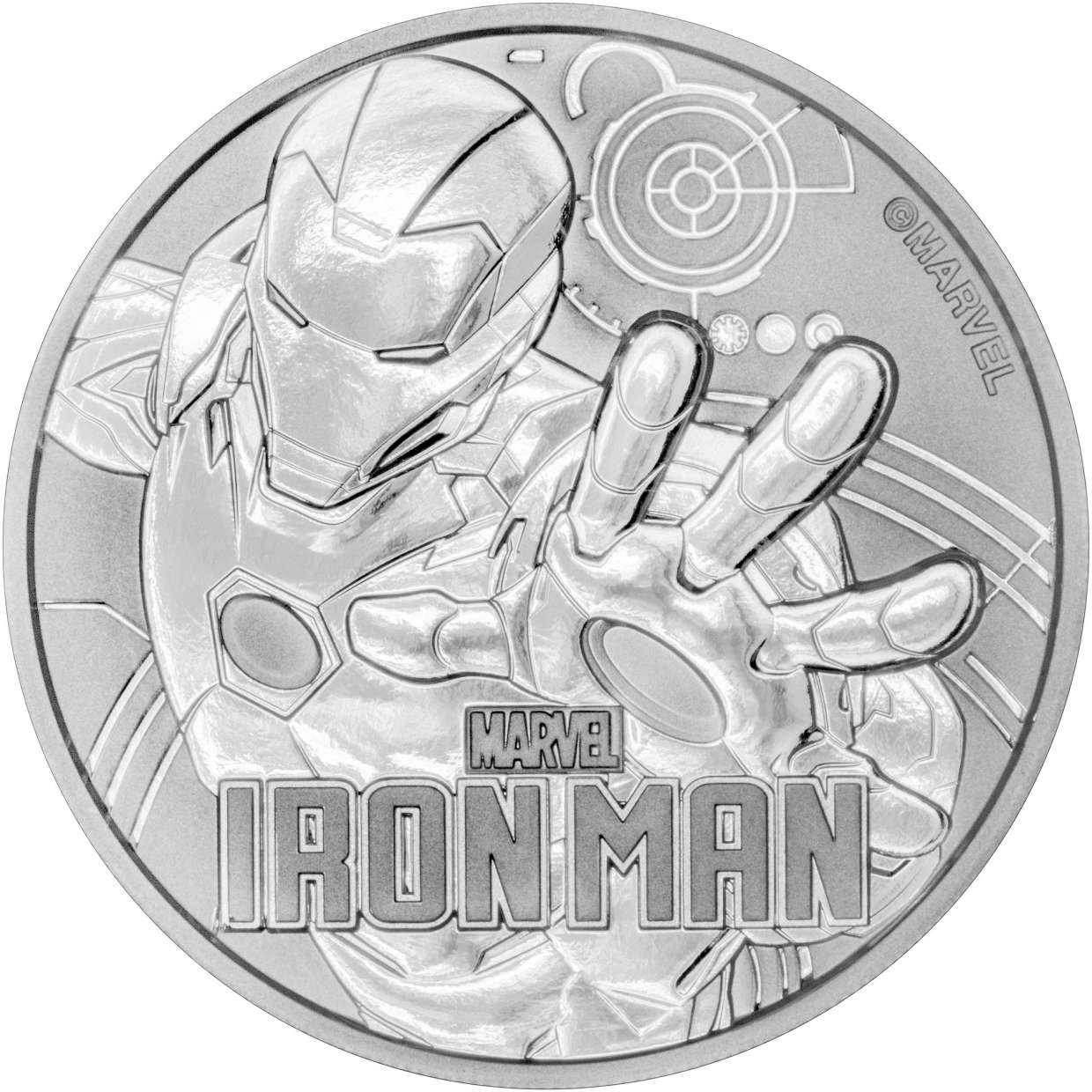 Iron man is ready to fly out of his coin. Fully suited up, he reaches out flashing the repulsor in the centre of his hand. In the background, we see elements of Iron Man’s HUD (Heads Up Display). The functions of this display change but the circular part seems to be perfect eye tracking which allows him to designate targets. We also see three of the five icons that are always present along the bottom of the HUD. The Marvel Logo and the words Iron Man appear at the bottom of the coin across his body and the copyright mark and word Marvel appear in space at the top right of the coin.

Did you know that Black Panther is as smart as he is strong? He has a PHD in Physics from Oxford University.

Crouched in the forefront of his coin, Black Panther’s Vibranium claws seem poised to tear their way out of the metal. The Marvel Logo and the words Black Panther appear on the left over his shoulder and the copyright mark and word Marvel are in the space to the right of his head. Around the left edge of the coin is a pattern inspired by Black Panthers claw necklace. 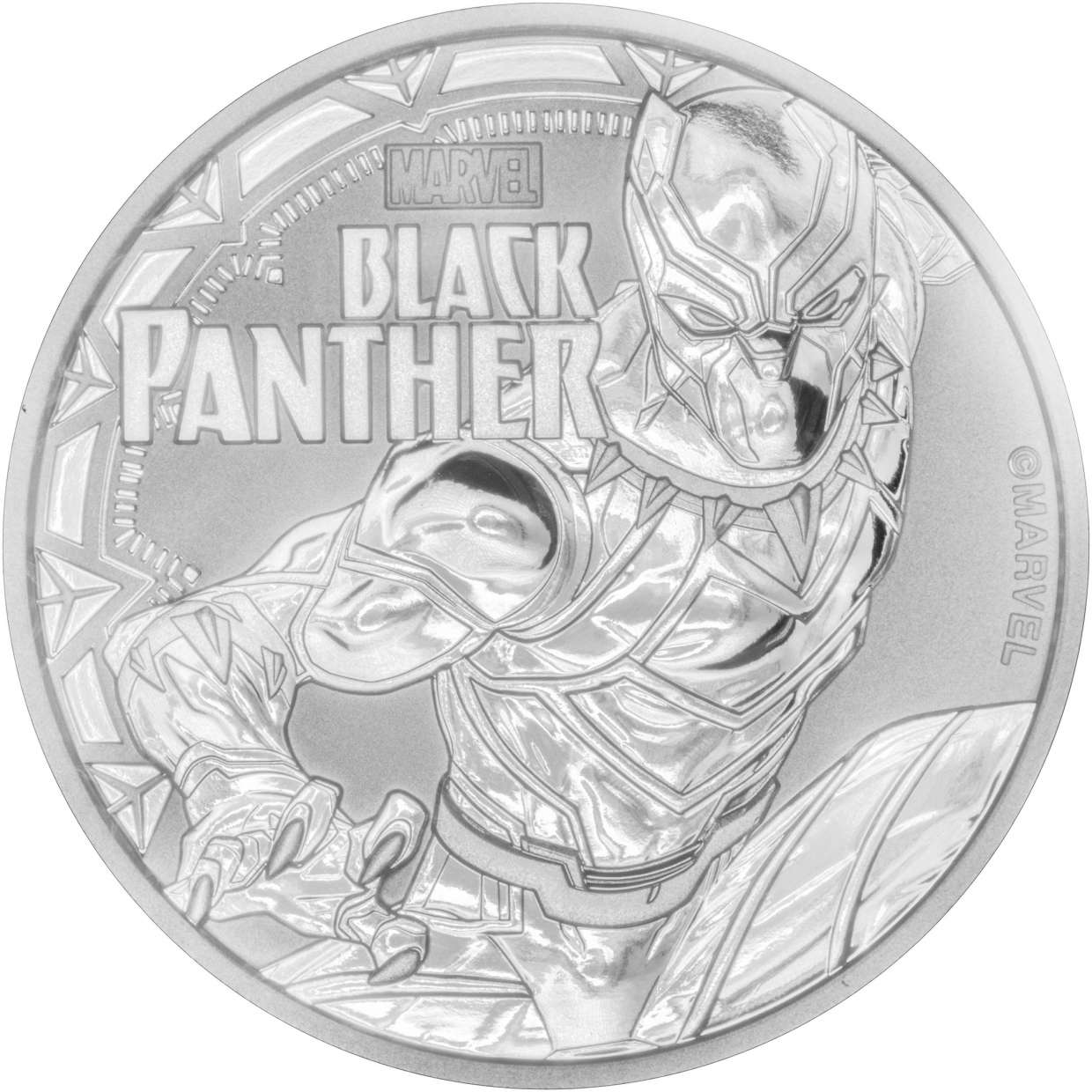 Did you know that Thor was once turned into a superpowered frog by his mischievous brother Loki? 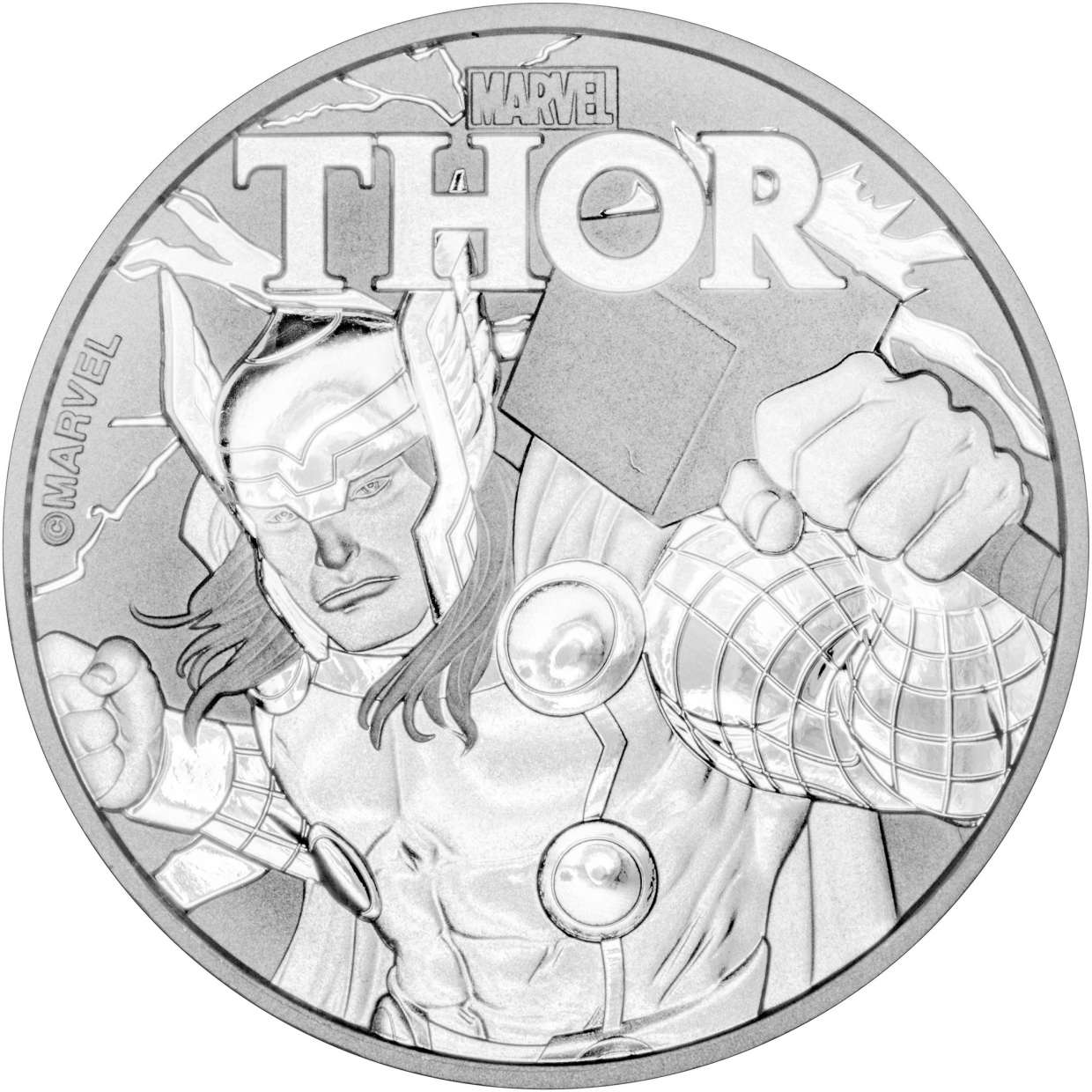 Thor stands in front of a thundery background Mjölnir (hammer) in hand. He wears his armour and winged helmet. The Marvel Logo and the word Thor appear above his head and the copyright mark and word Marvel are on the left of Thor’s head.

Did you know that Spider-Man’s web dissolves within an hour and yet is strong enough to hold the Hulk?

Spider-Man is crouched ready for action, he looks like he is about to fire his web right out of the coin. He wears his full suit with spider emblazoned on the chest. The background is a spider web and Spider-Man seems to be perched right in the middle. The Marvel Logo and the word Spider-Man appear under Spidey’s outstretched arm and the copyright mark and word Marvel are struck in the space above his shoulder on the right. 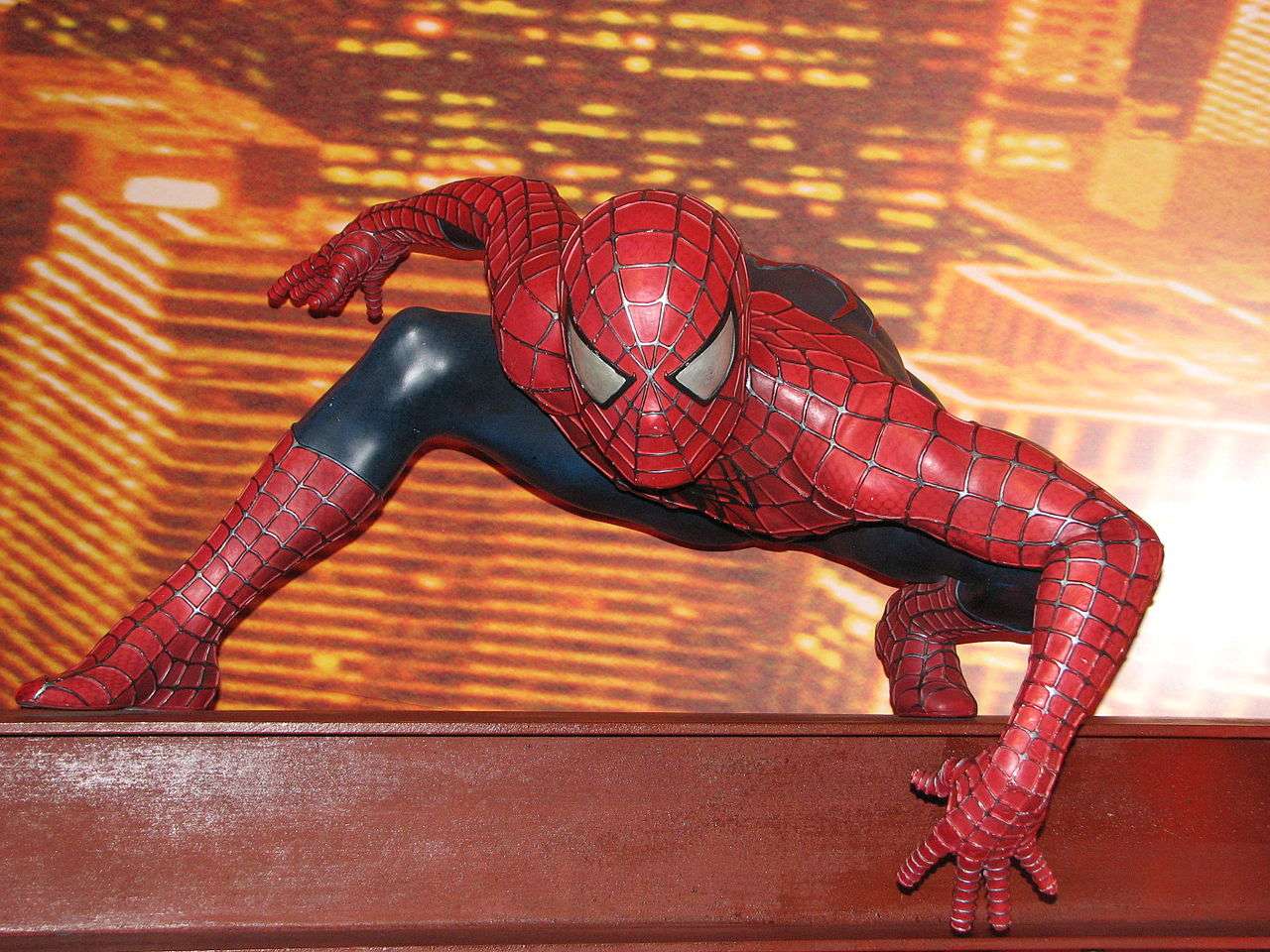 If you would like to know more about some of the most collectable coins in numismatics we recommend the following:

Chards Coin And Bullion Dealer: 55 Years In The Making