It seems that we gave out misinformation about the number of serrations on the edge of a Krugerrand, and every 'expert' in the world blindly copied us. 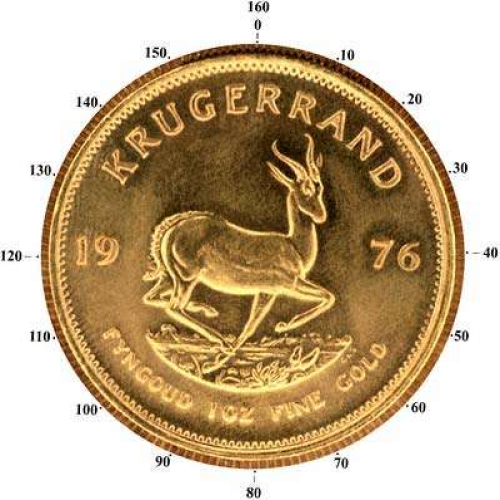 We believe everybody makes mistakes. We are all human after all. When we make mistakes, we are happy to correct them, while some people may prefer to conceal their mistakes.

When we started our first website in 1998, we offered a free pint (of beer) to anybody who found our "deliberate error". Many people have e-mailed or phoned us over the years to correct us, and this feedback has helped us to maintain a high quality of accuracy throughout our sites. With over 20,000 pages, it would be surprising if there were not more of our mistakes lurking out there waiting to be discovered.

Spot the boob! For about 10 years, our Krugerrand Information page incorrectly stated 180 serrations. On 6th April 2010, we received a telephone call from a gentleman who had counted 160 serrations on his coin. We double-checked, and sure enough, he was right. We also tried to find our original source, but failed to find it with a quick search. It is probable that we created the specification table on either December 31st 1999 or January 1st 2000, although it is possible we could have added or revised the table at a later date. It is interesting that it took 10 years for somebody to find our error, and even more interesting that the whole world seem to have blindly copied our mistake. 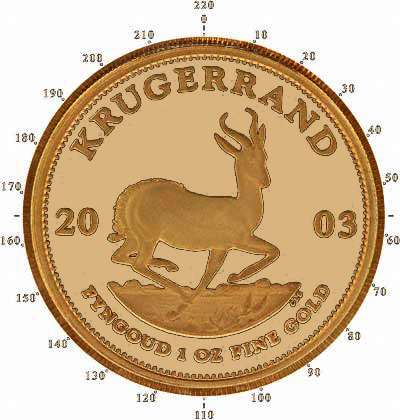 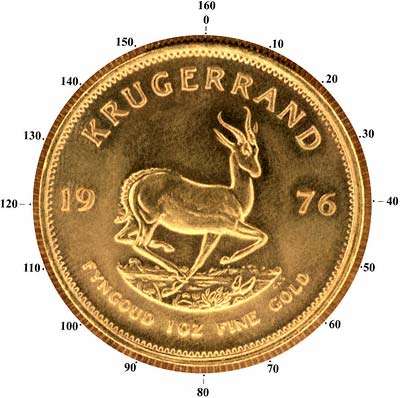 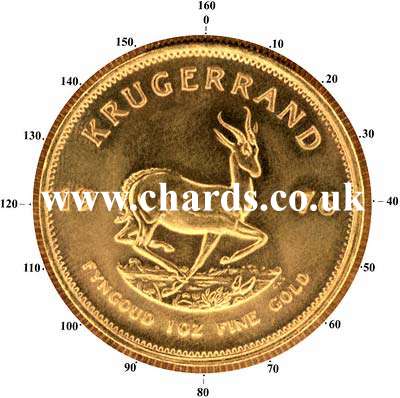 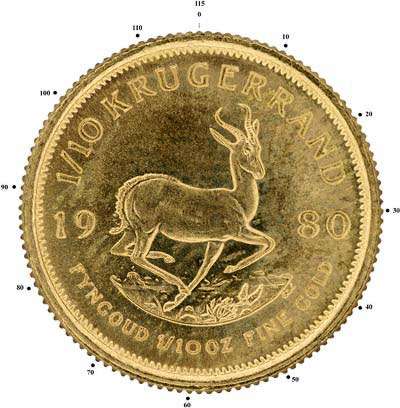 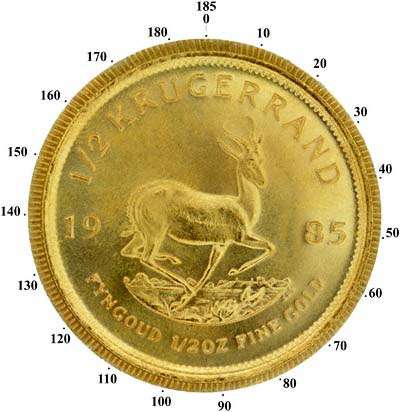 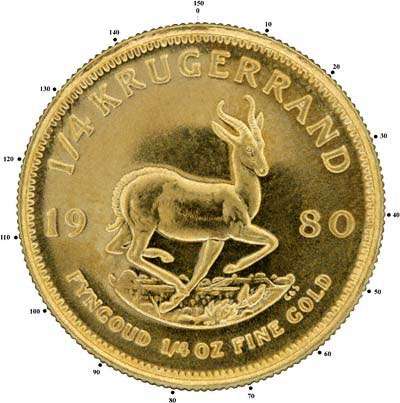 We created this new Krugerrand Misinformation page to fess up to our error.

Can a Thousand Websites be Wrong?

While searching for our likely original source, we noticed there were many websites or pages which also incorrectly state 180 serrations instead of 160, so we looked deeper...

One possible use of Google which was never envisaged by its creators is as a kind of barometer of opinion. Lets say for example that you can't decide whether collectable or collectible is the correct spelling. Simply Google both words and see the results (collectable 5.58 million, collectible 17.1 million). This does not provide conclusive proof as the internet has an American bias. For example aluminium produces 46.5 million results whereas the incorrect (American) spelling aluminum produces 73.2 million. Despite anomalous examples, a quick Google count can provide a very fast way to gather some, admittedly rather rough and ready, statistical data.

Curiouser and curiouser, as Alice would have said. Indeed Wonderland creator Lewis Carroll was actually a mathematician and logician, so he would have agreed, because when we performed an identical pair of Google searches a few minutes later, we got different answers, 207 (67%) and 104 (33%) respectively. It would seem that for speed, Google shows the results of its existing index, but then recalculates its index after each query (or at least some queries).

Before we wrote this page, we compared edges of a number of Krugerrands, and all seemed to have similar edge milling. We counted one of them at random, a 1979, and concluded that it had 160 serrations. In spare minutes over the next few days, we will count a number of other Krugerrands, trying to ensure we include a wide range of dates back to 1967. We will add our conclusions on this page.
We then found a 1971, the earliest we currently have in stock, and also got to 160 serrations. Having counted a few more it looks as though the definitive answer is indeed 160.

We have now counted the edge serrations on all three fractional sizes, and can confirm that the figures published for tenth ounce are correct, but the half ounce published count also appears to be wrong; after several counts, we currently get 185 serrations compared with the published figure of 150. We still need to recount a few times more, and will produce a photograph as for the one ounce version.

So far we have had more recounts than a hung parliament.

The quarter ounce actually has 150 serrations, not 140 as previously published.

We are used to being copied. On our copyright abuse pages, we document over 300 websites worldwide using our high quality coin photographs without our permission. This figure increases weekly. In addition, countless eBay members steal our images.

Often these copy artists also use our information, even publishing it as though it were their own original work. Some of them even include our typo's, so we know we have caught them red-handed.

Our first guess was that most of the incorrect sites had copied the misinformation from our website, and this is probably a pretty accurate estimation.

After a gap of ten years, we may not be able to conclusively determine who originally mis-stated the edge count as 180 instead of 160. We have now however found a "Glossary" page on the Rand Refinery website (http://www.randrefinery.com/resources_glossary.htm), which states the edge count to be 180 (and the proof 200). It is quite likely that Rand Refinery were our original source, so it may be that they made the first original error, we trusted their accuracy, and omitted to check it for ourselves.  At least we were only wrong for a decade, not almost half a century!

We happen to believe that real experts learn from their mistakes, whereas mere specialists tend to repeat them. We have always tried to learn from our mistakes, and we have learnt a lot over the years!

Following this tradition, we are proud to highlight our mistakes. We will, of course, contact Rand Refinery to alert them, and trust they will amend their website. We did contact them about 10 years ago to point out that we were one of the major UK Krugerrand dealers, and we are still missing from their list, whereas the three parties listed on their website as UK brokers do not appear to be active in the Krugerrand market.

Other Websites in Error

Not only does most of the numismatic world copy our information, but also our photographs. There are now over 300 dealers or other website operators named and shamed on our main Copyright Abuse page, ignoring the thousands of eBay sellers who we report on a daily basis.

One of the plagiarists is arguing that there is no particular skill involved in taking a good coin photograph, which surely throws doubt on his perceptive abilities when it comes to identifying fakes.

We wonder if he will be able to work out how we managed to photograph a Krugerrand and its edge at the same time. We could tell him we used a special lens which can look round corners. (Answers on a postcard).

Originally only one size was issued, which contained one full troy ounce (31.1035 grams) of fine gold. This was originally known as a Krugerrand, or Kruger, for short. From 1980, three other sizes were introduced, namely a half, quarter, and tenth ounce size. Because of these, the original Krugerrand is sometimes referred to as a "full" or "one ounce" Kruger or Krugerrand, although within the trade, the word Kruger or Krugerrand is understood to be the full sized original one ounce version.

When this page was originally created, we could offer Krugerrands at 7% premium for singles, and 5% or £10 premium for quantity of ten or more, over the intrinsic bullion price. Please refer to our Krugerrands for Sale page for pricing.

Postage & Packing - Please take a look our our dedicated postage page for up to date prices.