Will Gold Price Continue To Rise in 2019? 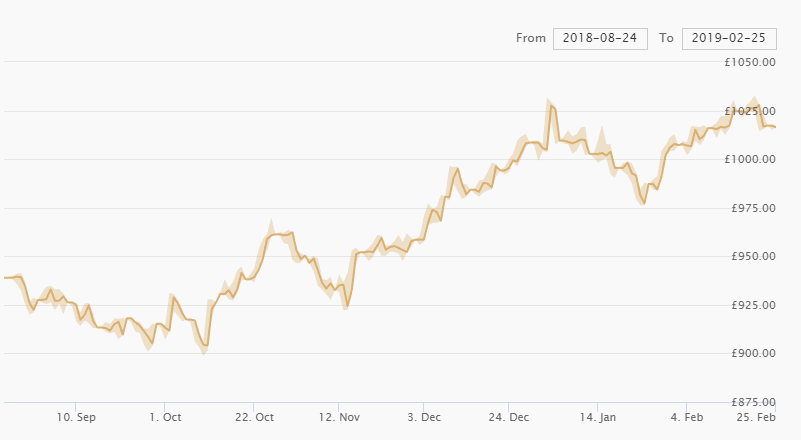 Often, we would report some cooling off of stocks as one of the drivers pushing gold price but on this occasion, stocks seem to be doing just fine having recovered from losses at the back end of 2018. There is plenty of talk of a global recession and low growth rates but for whatever reason these concerns are not being represented on the stock market, quite the opposite in fact.

Could it be speculation and fear of a recession driving up prices rather than the reality? Could the struggling pound be enough to explain the rise in gold price in GBP alone? The latter is unlikely as we are seeing gold hit record highs in over 70 currencies, world banks buying gold at record rates and the recent FED U-turn on interest rates hinting at a struggling economy.

Physical gold in our showroom is selling well and we know ETF’s inflows are, or have been, very strong though as a company we don’t participate in electronic gold preferring physical gold ownership. With the constant threats of recession, we certainly believe holding gold to be better than reliance on a stock market, fund or worst still a bank! We see almost daily reports of a bull run and price predictions of record levels but as a cautious person I’ll believe it when I see it! We would be positioned well for a bull run but like many gold investors we are not speculators and would not make a purchase or a gamble on the potential future price. That’s what options and futures contracts are for right?