The US yield curve is a plot of US treasury bond maturity dates against yields which often looks like this: 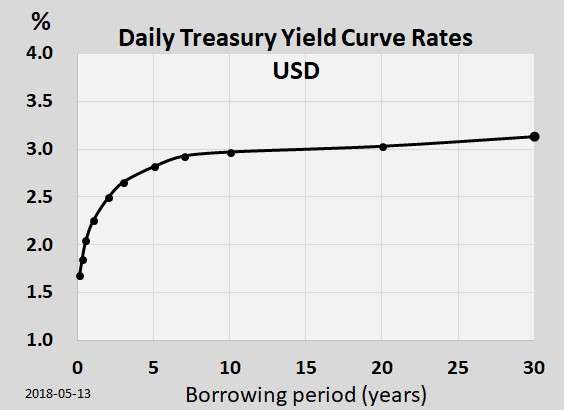 In a normal “functioning” economy yields generally increase and the yield reduces as maturity dates become larger but what may happen as concern grows around economic growth is that longer dated bonds have lower yields than shorter dated. Comparing shorter term bond yields to longer term helps investors take a snapshot of the economy and the general health of the future economy. The spread between 3 month and 10-year US treasury yields are often used as a tool in setting monetary policy and referenced to back up FED interest rate decisions amongst other things. On 22nd March this spread inverted for the first time in over a decade to minus 1 basis point which could indicate a looming recession timed nicely to the halt of further FED interest rate rises. 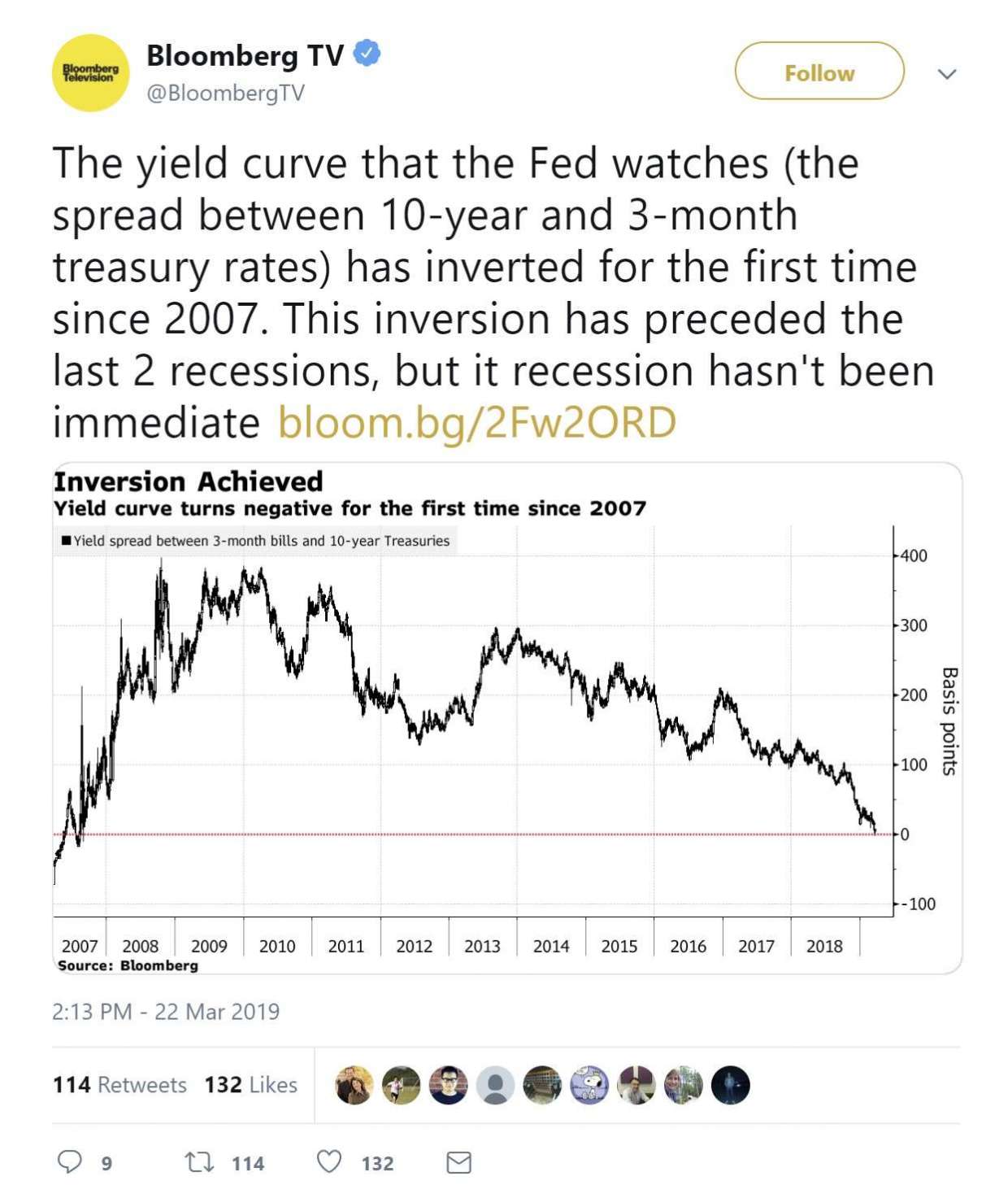 As can be seen from the Bloomberg tweet below an inverted yield curve has proceeded every major recession in recent history occurring just before every recession since the second world war. From my knowledge on the subject some analysts outright reject the concept of the yield curve as a predictor of recession (as a time lag of up to 3 years can occur), whilst other investors are already taking steps to invest in gold and even abandon equities altogether. 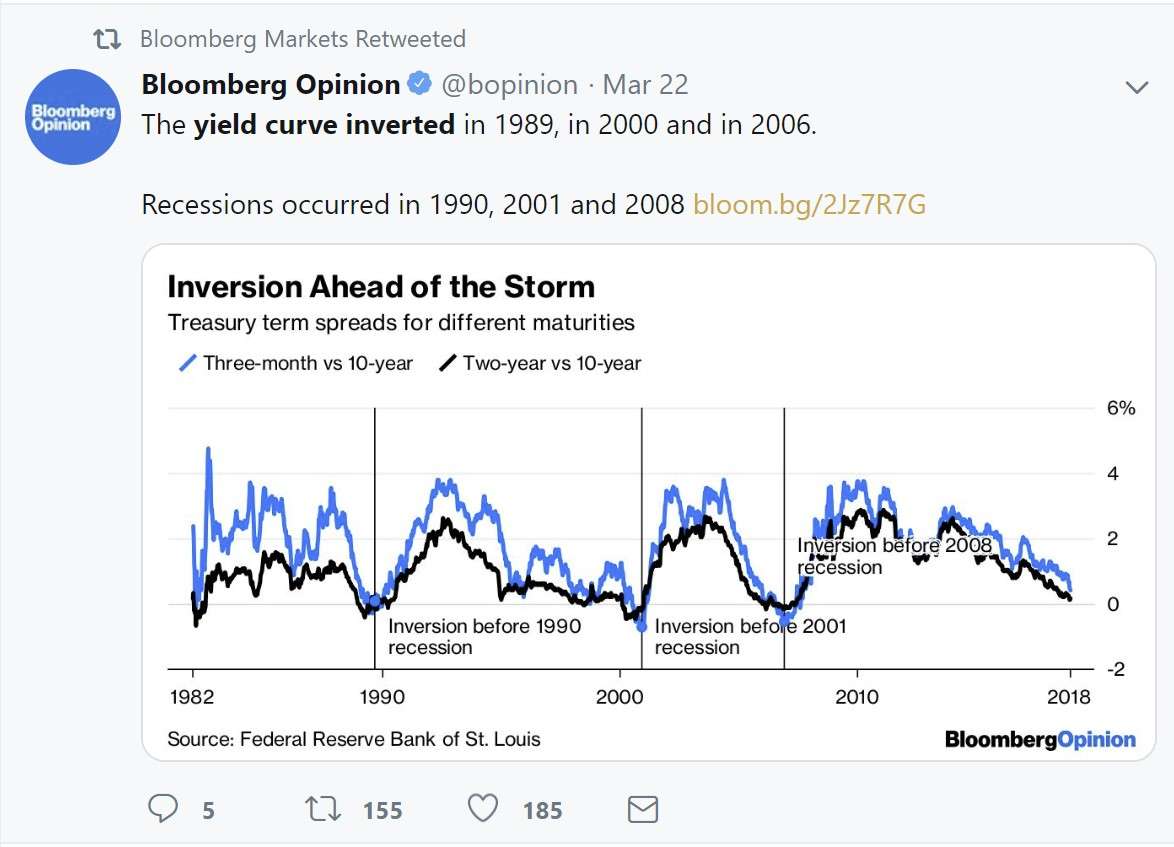 This news caused wall street to retreat with all major indices in the red with the S&P500 losing almost 1.9%, the Nasdaq 2.5% and the Dow Jones 1.8%

Europe followed with the Stoxx 600 down 1.2% and the FTSE 100 down 2%. That’s on top of the recent ECB stimulus and Brexit joke already weighing heavily on the markets.

As a result of equity losses and the movement of capital into the bond market Treasuries have rallied as yields dipped and gold price took a boost reaching over $1313 by close of play last Friday.