How Will Gold Fare After the U.S. Election?

After a chaotic first debate, and a cancelled second; the final showdown between the incumbent President Donald Trump and Democratic challenger, Joesph Biden, took place in Nashville, Tennessee on the 22nd October (23rd in the UK) which had much less interruption than their last meeting, and it ended with little to suggest a clear winner.

Coming into the final stretch, there is still a lot of uncertainty about which way the tide will turn. Markets are still stifled by a lack of clarity on future policies, so the next week or so will hopefully give some indication of long-term hopes. 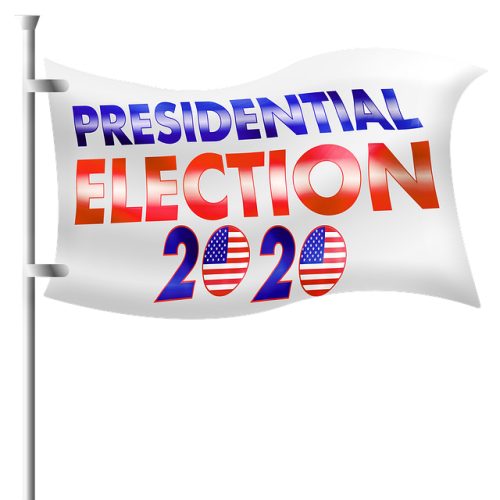 A Biden win could take place in two forms. Firstly, a clean sweep would involve a subsequent flip of the Senate which would likely mean Democrats also hold on to the House of Representatives.  In this instance, it is believed that with the more fervent progressive Democrats such as Senators Elizabeth Warren and Bernie Sanders and Congresswoman Alexandria Ocasio-Cortez, harsher regulations and tax increases will be pushed into the fray, likely leading to falling markets.

In this instance, gold would almost see an upswing with further talks of fiscal stimulus through the “Green New Deal”, while the dollar falls.

The Republicans currently hold 53 seats in the Senate to the Democrats’ 47, with two independents. 35 seats are up for election, meaning the Democrats will need only 3 or 4 seats to gain the advantage. In the result of a draw, the Vice President (either Mike Pence or Kamala Harris), has the authority to break the tie.

In what appears to be the most likely scenario, depending on the polls, there are chances of a gold rally as Biden will have to look towards trade-friendlier policies in order to get them past the Senate. This would allay fears of the more radical left controlling tax and trade policies.

If Trump is able to repeat his success of 2016, a more business-friendly approach would likely see stocks rise, although, further stimulus agreements may also be on the cards, leading to a rally in the metals market. This would however have negative effects on the dollar. It is considered unlikely that Democrats would turn down plans for further spending.

It is possible that the Republicans may still lose Senate control as Senate elections are separate to presidential elections, meaning a person can vote for a Republican president and a Democratic Senator.

With the increasing hatred and division between the two parties, chances of either party contesting election results are the most likely scenario. This will be almost certain in any of the swing states which may see only marginal differences in results.

As lawsuits from both sides overwhelm state courts, the inevitable uncertainty will lead to either to a stagnating or falling economy until inauguration day in January 2021.

Lack of coverage of third-party candidates is sadly neglected on mainstream media outlets, and is left to more intense social media campaigns from party supporters.

For a candidate to win, they must obtain a majority of the 538 ballots (270 = 538/2). Therefore, if a third party is able to win enough ballots to prevent Biden or Trump from hitting the required 270, the election is then decided by the House who can then select from the three candidates with the highest number of electoral votes.

Of all third-party candidates, Libertarian nominee Jo Jorgensen and the Green Party’s Howie Hawkins have the most support, although only Jorgensen has access to all 538 ballots.

Libertarians, many of whom have been vocal about gold as being “real money”, may be able to make a dent in the two-party race, even if it is unlikely to win outright.