Could a Gold-Backed Yuan Challenge the Dollar?

The United States dollar has depreciated against currencies such as the pound sterling, euro and Swiss franc as a result of gridlock in Congress. American policymakers are still bickering to each other about fresh rounds of fiscal and monetary stimulus in order to deal with the economic fallout of coronavirus shutdowns, which has meant the greenback has shed a tenth of its value since March. Could the dollar’s problems be the yuan’s opportunity? 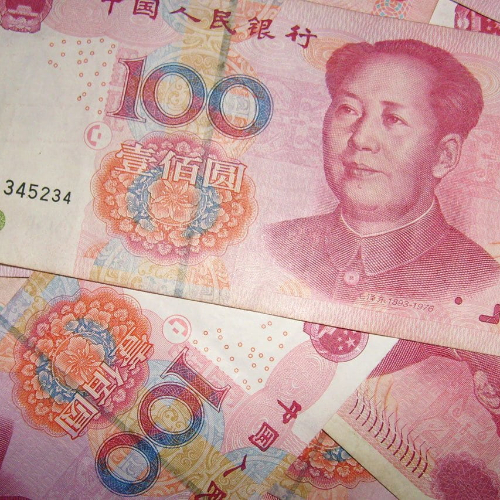 The People’s Republic of China has long complained about the dollar’s ‘exorbitant privilege’ in world finance. The US Federal Reserve has undertaken a massive asset purchasing programme which has got under the skin of Chinese officials, which has led them to contemplate a world without dollar hegemony.

Rumours and whispers within the country mention that the People’s Bank of China is considering phasing out the dollar as the reference currency (peg) to the yuan and adopting gold instead. Such a move would have massive ramifications for the global economy, as it has the potential to fatally undermine the dollar’s current position as a de facto world currency. It is an open fact that Peking has been acquiring gold to shore up its reserve for many years now, and dumping US treasures in turn, and even openly suggesting the creation of a new ‘super-sovereign currency’. Could the Chinese be putting forward a gold-backed yuan as a potential candidate? 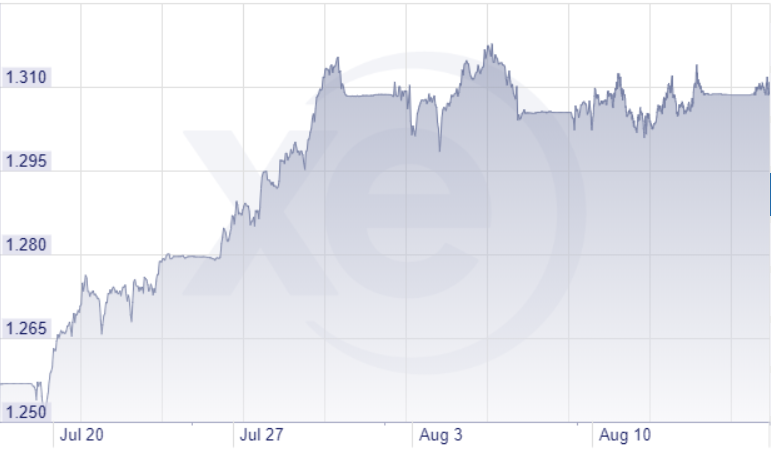 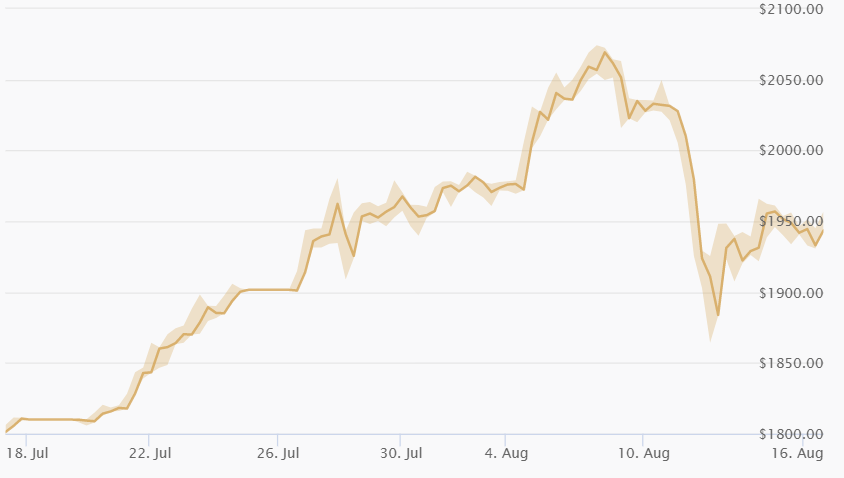 In late July, the dollar had been bouncing around its lowest levels for around two years. Indeed, it has been weakening significantly against gold, where it is now priced at $1,950.58 per troy ounce. Whilst the Chinese are quick to highlight the poor position of the dollar, Peking has plenty of problems too. There have been bank runs in China recently, and major banks within the country have also restricted trading in precious metals. Either way, the economic position of both nations looks ominous.