Shutdown restrictions around the world have placed unprecedented strains on global supply chains, from which gold has not escaped from. However, initial fears that the physical gold market would dry up have not played out and precious metals continue to flow within the market. 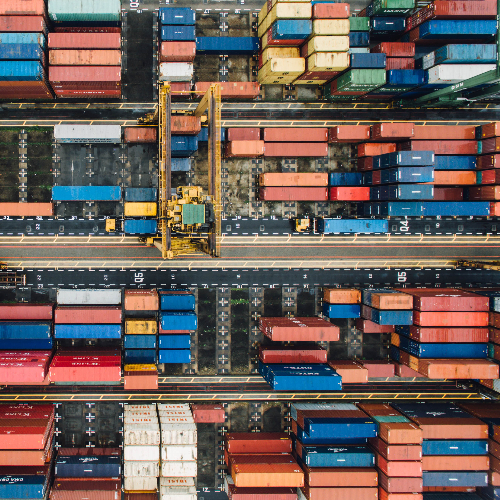 Gold is mined, refined and distributed on every continent in the world except Antartica. Analysis from the World Gold Council shows that despite obvious difficulties brought on by government restrictions, the supply chain of the gold bullion market has ‘demonstrated resilience’.

The temporary suspension of mining and refining activities, coupled with severe transportation difficulties provided an enormous challenge to the industry. Such disruption was probably last seen during the Second World War, where shipping convoys comes to mind. Although key mining nations such as Peru, South Africa and the People’s Republic of China have experienced disruption, other nations have ‘somewhat offset’ these declines in production. The WGC did not name these particular counties.

Refineries, especially those in Switzerland, were forced to close due to government restrictions. Valcambi, Argor-Heraeus and PAMP, three of the world’s largest refiners, suspended operations in late March, with the US Mint and the Rand Refinery also experiencing disruption to the operations. Notably, other refineries such as the Perth Mint ramped up production to meet some of the excess demand, and now the situation is looking more positive as the Swiss refineries begin to restore operations.

Air transportation has been curtailed worldwide too, with airports running at well-below capacity for a number of months. As gold is primarily transported by flight, it has given plenty of headaches for those in the industry. Recently, gold shipments were tussling with medical equipment onboard these flights.

The demand for physical gold coins and bars has skyrocketed, and this has placed pressure on premiums. Coin demand in particular has jumped by 80% year-on-year, according to the US Mint and the Perth Mint, with premiums on some 1oz gold coins hitting 8% above spot.

Reasons for the demand and price hikes were because of transportation and distribution issues, with shipments facing significant delays. Dealer inventories were also depleted substantially during the months of March and April.

Supply of physical gold is now improving, with bullion dealers reporting that the supply chain is now back in gear. The WGC remarked:

“as issues in the gold supply chain begin to ease such elevated premiums should narrow substantially, and anecdotal evidence seems to confirm this.”

Chards has been in business since 1964, and we have seen our fair share of geopolitical crises and economic recessions. This episode reminds us of the global financial crisis of 2008/2009, where the lead times on some gold bullion products being months.

We would echo this analysis from the WGC from a perspective of physical gold and silver. Amid the panic caused by coronavirus, we have been saying consistently that we have no reason to believe that the physical bullion market would seize up. We continued to take orders as normally as we could and continued to source gold and silver bullion both from our wholesale suppliers and distance buy-ins. We feel events over the last two months have vindicated our stance. Chards has taken a number of very large bullion deliveries over the last two months, more details of which can be found on our Operational Updates and our Supply Update Archive.

The WGC report can be found here.

Further articles can be found on our Market News section.