A report by Fitch Solutions, a subsidiary of the Fitch Ratings credit agency, has forecasted that global gold mine production is expected to rebound strongly in the coming years, averaging 2.5% growth up to 2029. On this assertion, world gold mine output would rise from 106 million ounces in 2020 to 133 million ounces in 2029. The company has said this forecast is underpinned by higher gold prices and mergers between major mining firms. 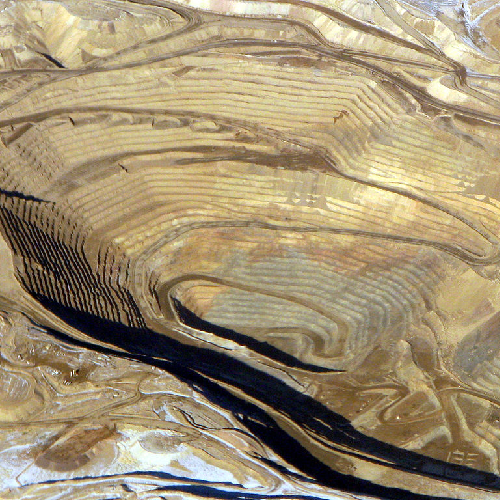 The report mainly focusses on Russia, Australia and the People’s Republic of China due to these three nations making up approximately two thirds of total world gold mining output. The Fitch report expects Russia to overtake China in terms of gold production by 2029, predicting a growth from 11.3 million ounces in 2020 to 15.5 million ounces in 2029. It would see Russia account for 11.6% of global output by 2029, which would be an annual growth rate of 3.7%. Justifying these predictions, the report stated:

“The rising risk of Russian state banks being frozen out of dealing in dollar-denominated assets all together as bilateral relations remain strained is pushing the Russian central bank to increase its holdings of gold. As long as tensions with the US remain, domestic demand for gold is set to remain”

This is not entirely surprising, as it is well documented that Russia has been steadily acquiring gold and recently picked a fight with the US shale oil industry at the start of March. Gold output in Australia is also expected to grow strongly, growing at an annual pace of 2.2% to leave it at 14.2 million ounces by 2029. In contrast, China is predicted to stagnate in terms of its gold production, lagging behind at 0.2%, but it still forecasted to be a major influencer due to Chinese investment in foreign mines.

Gold Over the Last Decade 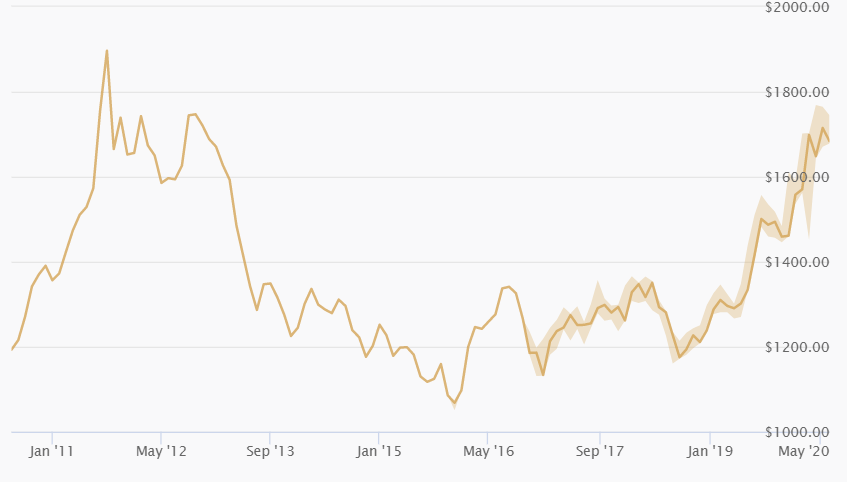 Over the last 10 years, gold has hit a high of $1,896 per troy ounce and a low of $1,050 per troy ounce. Compared to this time 10 years ago, gold has risen by over 43%, and is now currently priced at $1,715.45 per troy ounce. It should be noted that this report’s forecasts are based on assumptions around expected output and prices in the future, which are never set in stone. Whilst one can never see into the fog of the future, the report nevertheless offers an interesting insight into expected trends in gold mining.