Gold Hits a 2 Week Low Against the Dollar

Despite the ongoing trade war and Trump’s war mongering tweets against Iran, gold has been pushed to a 2 week low against the dollar. Recent positive news from the US housing market in addition to low unemployment figures provided enough lift to offset the geopolitical risks.

Gold hit it’s lowest point since the beginning of May reaching $1273 in response to positive US economic data. With FED minutes due Wednesday, investors are hoping to gain a deeper understanding of the policy meeting that took place on 1st May, where there was little appetite to move interest rates. 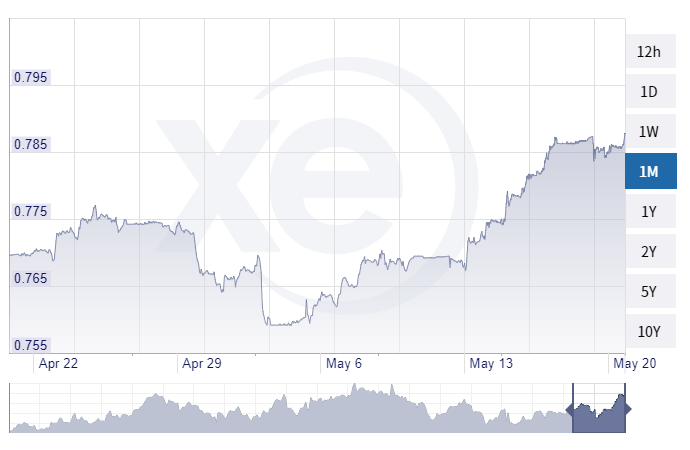 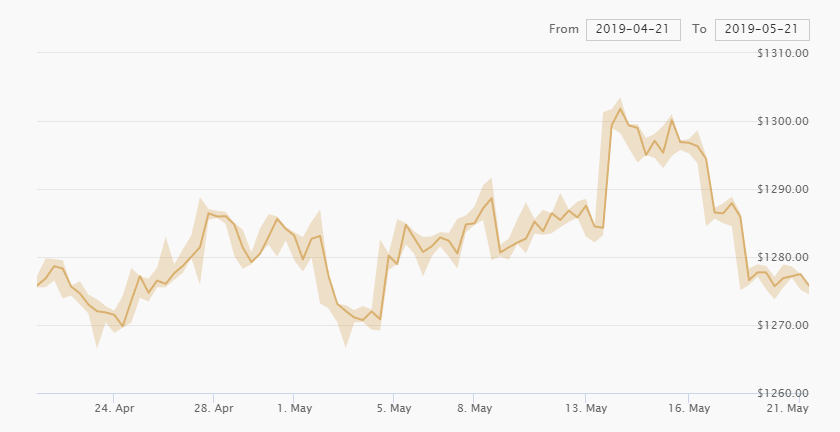 Global stocks have taken a smash in response to increased tariffs from both the US and China, a tech ban for Huawei and further tension in the middle east, adding yet more cause for concern. All this against the backdrop of a slowing global economy and a recession risk in the not so distant future.  Trump declared an “official end” to Iran should they choose to take fight with the US and how the US have enough military personnel to maintain their war games is simply staggering to me.

One would think gold would benefit from such news but in the present day of Trumpisms, markets and investors are likely numbed by past events. Gold is still poised to emerge as the primary safe haven should markets enter further turmoil and the dollar losing its appeal.

Silver on the other hand looks look a good buy with prices down to $14.42 (-3.7%) this month with a favourable a gold:silver ratio just short of 89. 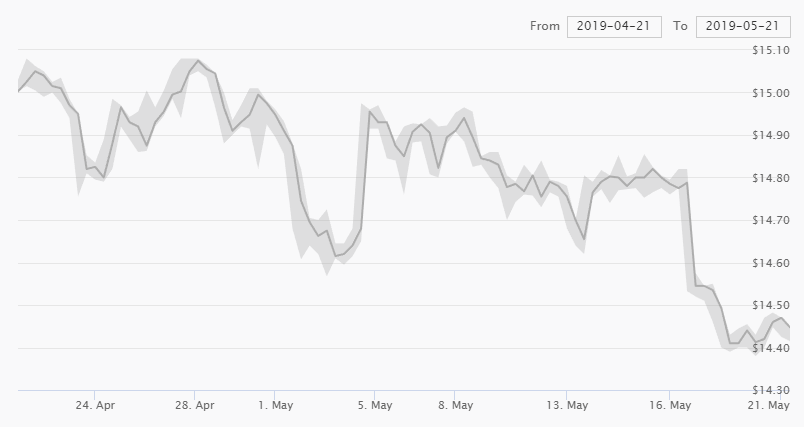 Platinum and palladium follow suit dropping 9.42% and 5.85% respectively. Palladium looks to have lost its shine with the bubble popping in March. Prices do look to have plateaued slightly as can be seen from our 6-month graph below still trading some 14.8% higher than December last year. 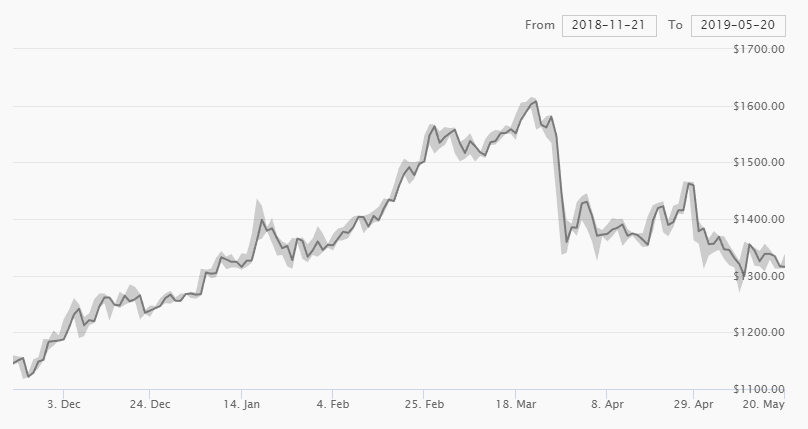