Gold Price Going Up... and Silver for that Matter!

Gold and silver prices are closely linked to one another. We cannot say prices are going up but more accurately we could say they have gone up.

Is Gold Going up in Price?

Is the Silver Spot Price Going up?

People often tell us that gold is going up, or ask us if it is going up. Strangely as it may seem, we can't tell you the answer. Let's explain...

Everyone seems to assume that, if the price of a particular share or commodity (such as gold) has gone up in the immediate past, that it is going up. Whereas, all that can be stated with absolute certainty is that it has gone up, or been going up. To be able to state that it is going up would require prescience. You may think it is rather pedantic of us to point this out, but many things which appear obvious are slightly less so if you make the effort to think them through clearly. The point we are making here is more about the clear and logical use of the English language than about the price of gold. 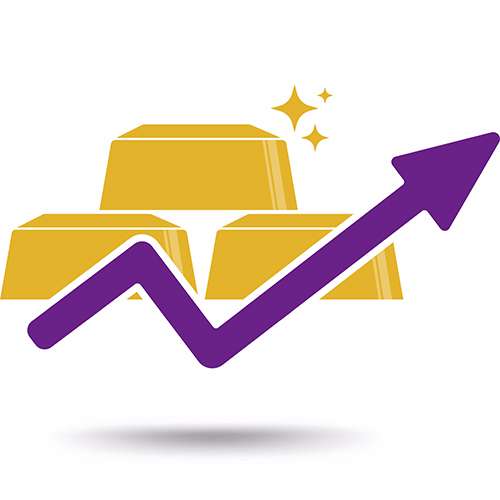 We can't predict the future. So, we don't know whether gold will be higher or lower than now, at any particular time in the future. It would be easy for us to agree or state that gold was likely to go up in price, but we try to be conservative and honest in our advice.

Many people seem to buy gold only when it appears to them to be increasing in price, and often only when they see favourable press comment. Most of the time it would actually be more sensible to buy after gold had just gone down in price. Clearly, this risks missing the boat if the price just continues to go up, but in gold as in most markets there are continual price fluctuations in both directions even when there is a strong trend in one direction.

If you found this page because you wanted to see advice about buying or selling gold, we would give you the following simple advice. Buy while gold is cheap, sell when it is relatively expensive. If you follow this advice coupled with the logic above, you will see that it is better to buy after gold has gone down or appears to be going down. Likewise, if you are thinking of selling gold, you should sell when gold has gone up, or appears to be going up.