French inscription on British coins translates to English as 'God and my Right', presumably referring to the divine right of the monarch to rule.

Most of the inscriptions on British coins have traditionally been in Latin, and we are frequently asked what they mean, and also where they are found.

Dieu et mon droit (French for God and my right, referring to the monarch's divine right to govern) has generally been used as the motto of the British monarch since it was adopted by the English king Henry V (1413-1422). Originally it was spelled Dieut et mon droict, the early Modern French spelling, but later the 't' in "Dieut" and the 'c' in "droict" were taken out in accordance with present French orthography. To this day, this motto is emblazoned on the Royal Coat of Arms of the United Kingdom.
A French motto rather than English was chosen because the English language had only recently replaced French as the language of the English ruling classes. Henry, though of English parentage, spoke French and had claimed the title of King of France, which claims were acceded to after his military campaigns in France. The motto of the Order of the Garter, Honi soit qui mal y pense (shame upon him who thinks evil of it), is also in French.
The phrase was allegedly first used as a password by King Richard I in 1198 at the Battle of Gisors, when he defeated the forces of Philip II of France. Its meaning was that Richard owed his royalty to no power other than God and his own heredity, and was therefore subject to no earthly power or other monarch. This can be taken as a direct reference to the doctrine of the Divine Right of Kings.
Dieu et mon droit was the inspiration for The Beatles' joke motto Duit on Mon Dei, later adopted as an album title by Harry Nilsson. 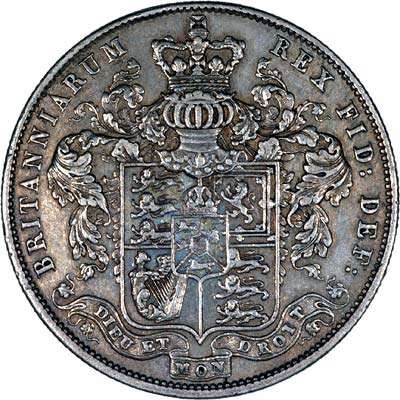