Wholesale supermarket, Costco has begun selling gold and silver bullion, including a 500g gold bar for £24,549.99. 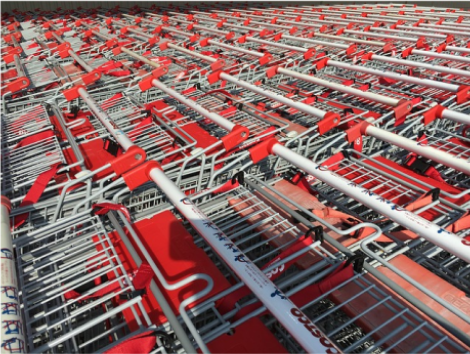 Popular for selling bulk items at lower prices, UK branches of the American wholesale chain Costco have been selling a range of gold and silver bars, including a half-kilo gold bar with a 6.5% premium on the market price.

Whilst this is good news for many, some economists have warned against buying into such a volatile market as gold due to wild swings the metal has seen over recent months. One economist from St. Mary’s University, London said, “Gold is an investment product and people should be wary about buying it. Some say it holds its value, but that is not true – it can move up and down quite markedly.” While prices can move up and down, sometimes erratically, looking at its value over long periods prove that gold does indeed hold value.

While news reports suggests that Costco have only recently begun selling gold bullion, a petition demanding that Costco join the “No Dirty Gold” campaign dates back approximately 9 years ago. The petition, in response to Costco's sales of gold jewellery, urges retailers to source the precious metal from more ethically sound producers and miners, and for Costco to become “an industry leader in the sourcing and sale of responsibly-mined gold.”

More recently, the Perth Mint was cleared of “any significant wrongdoing” after allegations of child labour and the use of toxic mercury were found in their supply chain.

There are some hopes that the recycling of electronic waste will help to cut down on some of the 54 million tonnes generated worldwide while removing the $10 billion in precious metals currently stored in the growing mountains of waste.

The availability of gold in supermarkets has been extremely beneficial to some eagle-eyed investors who have been able to snap up Costco's gold at prices closer to the spot rate. Assumedly, this will be from Costco's seeming inability to follow the price changes and adjust their price accordingly. The price may rise throughout the day, the question is can Costco keep making the necessary changes?

You may be interested in out precious metals and coin news articles.