Potential Brexit Chaos Hits The Value of The Pound

Sterling has suffered a setback following an increased risk of a disorderly and damaging Brexit. Gold on the other hand has its sights set on £1140!

Both Jeremy Hunt and Boris Johnson, one of which will become the country’s next Prime Minister, have both ruled out any changes to the Irish backstop instead planning to ditch the plan entirely. To those familiar with the negotiations this tactic is seen to establish no deal as the only way forward. The EU has previously outright refused any amendment to the backstop arrangement, but Johnson and Hunt propose a series of smaller working arrangements to manage the border.

The pound hit its lowest point so far on Tuesday trading down at $1.24178 some 0.95% down as the markets reacted to this hardliner stance. 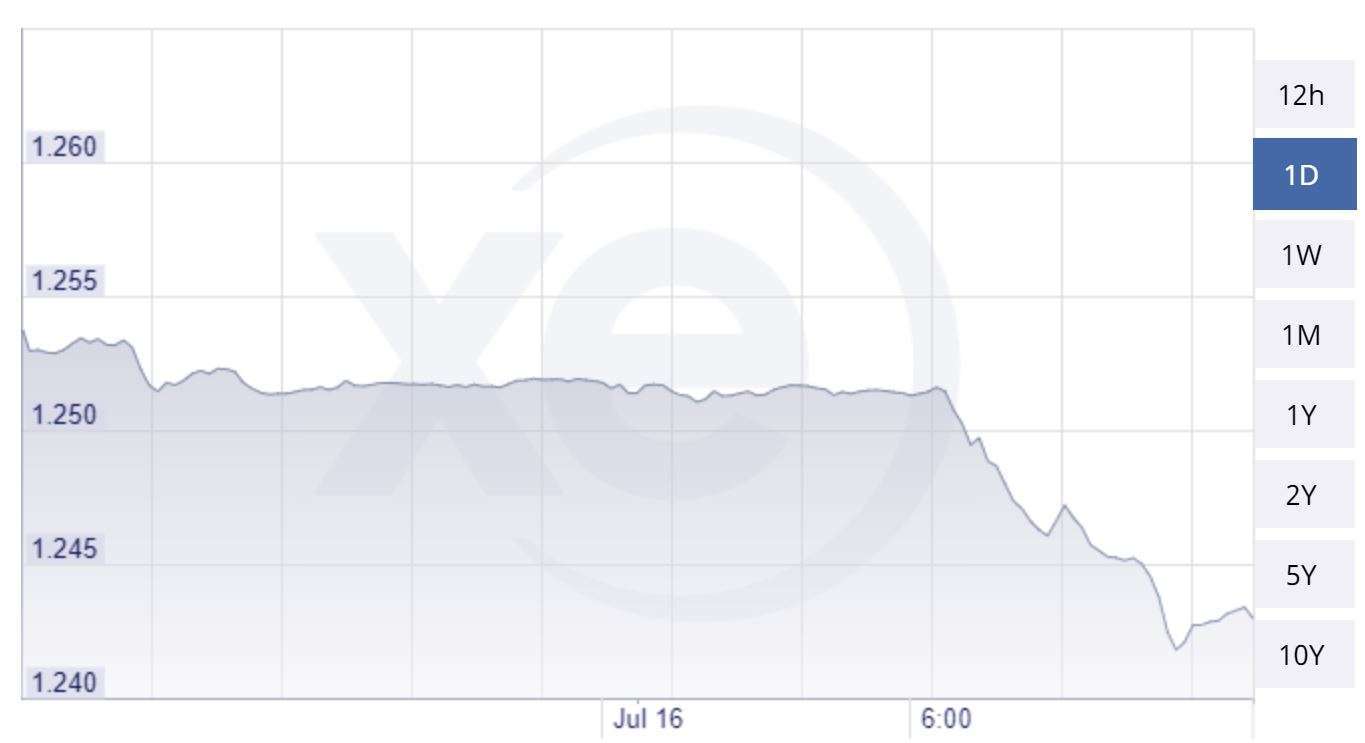 Those already in the possession of gold will be happy to know their investment is increasing in value. This year we have seen gold find its feet again after a few uneventful years. Those traders who settle in sterling will be watching as the price is tantalising close to £1140 once again. Will we see the record price of almost £1180 per ounce, set in 2011, broken for the first time this year? All signs certainly point to an increased gold price as safe havens sing to the tune of trade tensions, Middle East war mongering and the risk of a global recession. 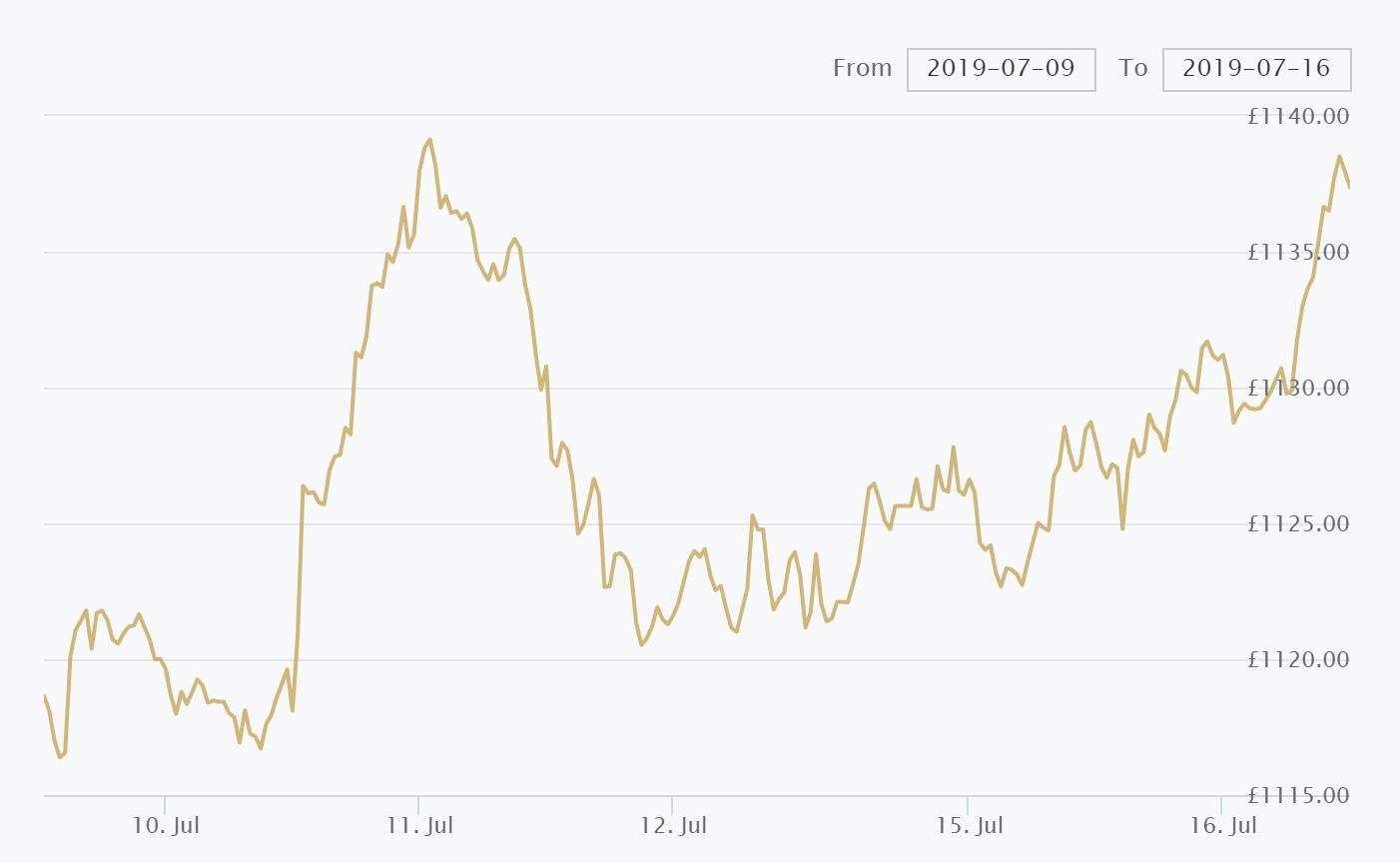 The gold to silver ratio is still pushing well above its normal values currently around 91.7 as I write this. This means you can buy just over 91 ounces of silver for one ounce of gold. The record set back in the 1990's of just over 94 looks to be tested this year leaving the options that silver is undervalued or gold is overpriced -  we will leave the market analysis to you but do remember silver has many industrial uses and is less susceptible to market turbulence and political nonsense. 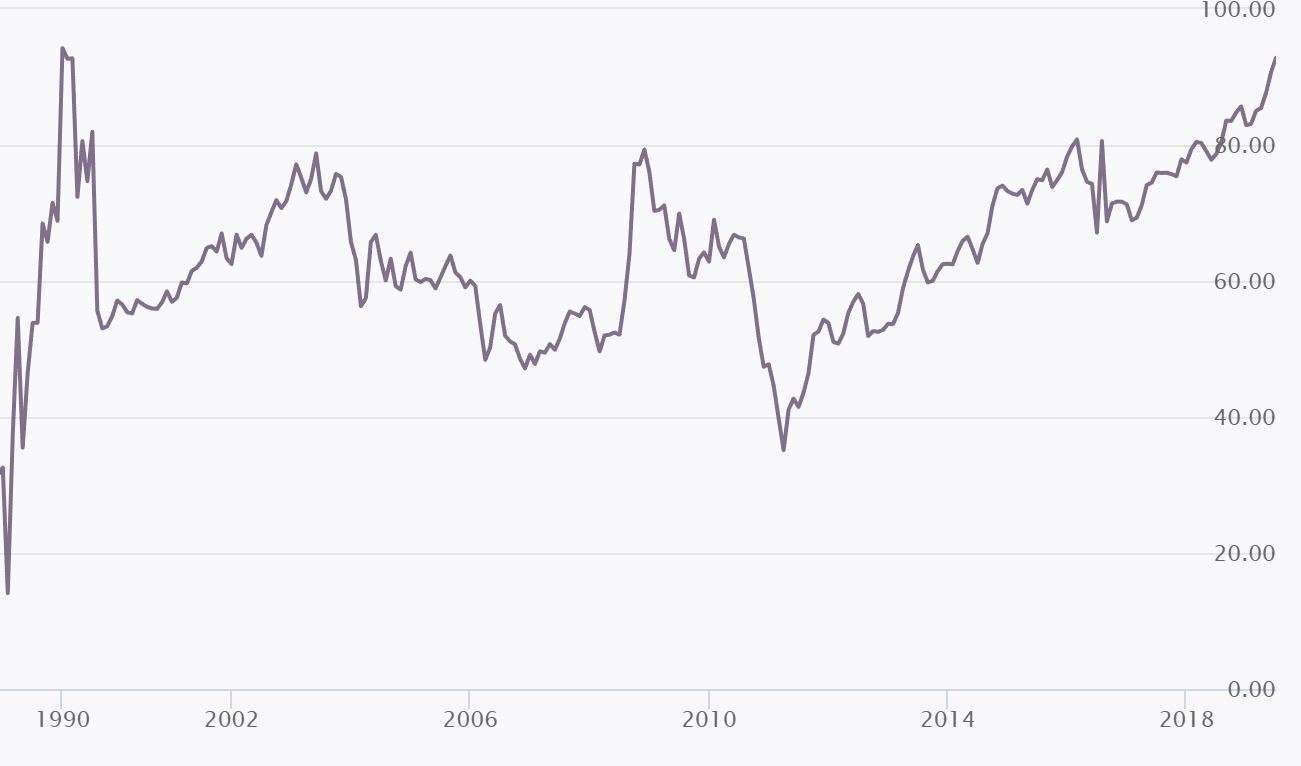 Currently I'm watching and reading that cheap money, debt and share buy backs are the main driver for record level stock indices. Coupled with a daily dose of trade and war tensions and that is not to mention Russia's increasingly hostile approach to the West. Add Brexit to the mix and to me at least it is becoming clear that gold and safe haven investments should be found in most portfolios and at increased levels. Should a global recession see the light of day and debt bubbles burst we may see a serious run for gold and those already on board are likely to be grinning ear to ear.