The outgoing governor of the Bank of England, Mark Carney, signed off his last MPC meeting by pouring cold water on future growth expectations. The Bank cut Gross Domestic Product (GDP) growth forecasts by 0.4% for this year, 0.4% for next year and 0.3% for 2022, which means the Bank expects annual GDP growth to be barely 1.3% on average for the next 3 years. Despite these revaluated growth figures, Mr Carney still expects the British economy to continue with its “recovery” and cited how monetary policy could play a role in it:

“Monetary policy may need to reinforce the expected recovery in UK GDP growth should the more positive signals from recent indicators of global and domestic activity not be sustained or should indicators of domestic prices remain relatively weak. Further ahead, if the economy recovers broadly in line with the MPC’s latest projections, some modest tightening of policy may be needed to maintain inflation sustainably at the 2% target.”

The Bank’s Monetary Policy Committee has also voted by a 7-2 majority to maintain the base interest rate at 0.75%, which has seen analysts predicting a rate cut wrong-footed. The dissenting memebers of the committee were Michael Saunders and Jonathan Haskel again, who both wanted to cut the base rate to 0.5%. There had been expectations of a rate cut given the hints from Mark Carney and a falling official CPI inflation rate (disinflation), but a majority of policymakers were convinced by recent surveys that showed economic conditions were improving.

Controversy surrounded the release of the Bank’s decision as it was revealed there was suspicious trading in currency markets just before the 12 noon press release. This is not the first time this has happened, and the Bank has referred this abnormal activity to the Financial Conduct Authority (FCA) for investigation. In terms of US dollars, Sterling spiked from $1.3023 to $1.3089 just before the announcement of the decision to hold the base rate and there was a similar appreciation against the euro too. However, Sterling since then has slipped back from the gains it made and is now trading at around $1.30069. 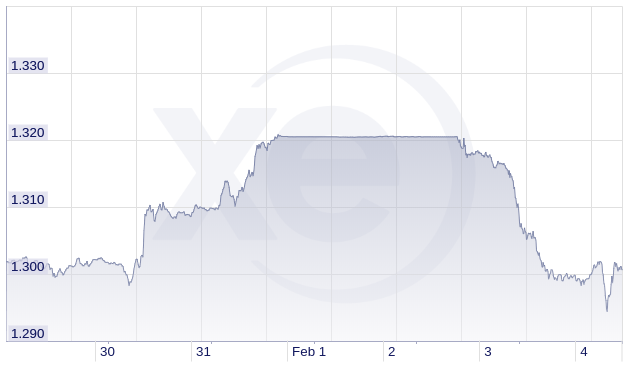