Talks of negative interest rates have taken another step as the Bank of England (BofE) have asked the UK banking sector if they are prepared to deal with such a proposal. 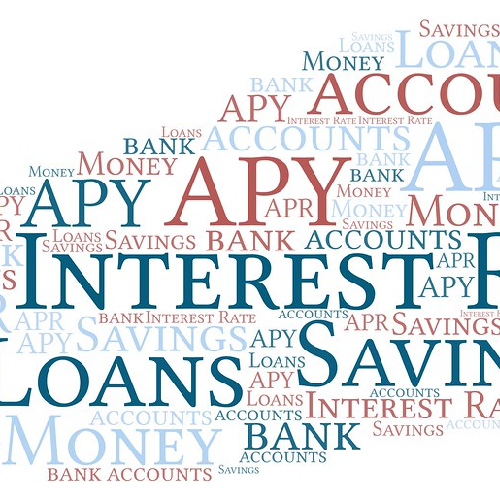 The notion of negative zero interest rates goes back to the 19th century with German merchant and economist, Silvio Gessell being its first proponent. The idea of a (lower than) rock bottom interest rate is to encourage lending in times of severe distress, led many orthodox economists to dismiss Gessell as a “monetary crank” but his ideas, which would later be praised by celebrated British economist John Maynard Keynes, have come back into the foreground with a number of central banks attempting to avoid a “liquidity trap”, where lower rates are ineffective in increasing spending. This is also called the Zero Lower Bound (ZLB).

Using a derivative of the Fisher equation, if a central bank sets a nominal interest rate of 1%, but we know the rate of inflation is 3%, then the real interest rate would be -2% (1-3 = -2). This will be more detrimental to savers who will lose 2%, but will benefit borrowers who will gain 2%.

Of course, clever savers and investors will realise this and withdraw their wealth from financial institutions. Gold and silver are popular alternatives, as is physical cash, but it's interesting to tie this scenario in with the relentless war on cash. It should come as no surprise that the biggest proponents of negative interest rates just happen to support measures to limit the use of cash in society.

The Mixed Results of Negative Rates

Despite concerns, a number of countries have experimented with negative interest rates, with the Bank of England tentatively approaching the possibility.

Japan famously took their short-term rates into negative territory in 2016 in order to keep long-term interest rates low. The effects have been mixed, with an increase in asset prices but with missed inflation targets and zero growth.

The Swedish Riksbank turned to negative interest rates in 2014 with a goal to reach its expected inflation target within a year. Instead it took five years, with the rate only returning to zero in December 2019.

Now, the Bank of England has written to heads of the UK’s banking institutions asking for their readiness if such a policy was enacted. If it were, some analysts believe that customers could be charged monthly fees to make up for the loss in lending.

Chief economist for the Bank, Andrew Haldane, said in May that they could be possible but chances of a sub-zero rate policy were increased last month after the Bank decided to hold interest rates at the current 0.1%, following similar actions by the Federal Reserve. The Bank's governor, Andrew Bailey, has attempted to downplay the possibility but admitted that such a policy was in the Bank’s toolbox. Now, as the Bank approaches lenders, it seems more likely that the controversial rate cut will be deployed sooner rather than later. But, as the famous axiom from Otto von Bismarck says:

“Never believe anything until it is officially denied”

Some proponents may point to the number of countries that have used negative interest rates as proof of its success. It’s far easier to look at the immediate effects of a policy rather than its long-term consequences. If we could see the negative outcomes of such a policy through a crystal ball, then they would not even be put on the table. As it is, we are faced with further meddling into a system broken by the same people attempting to fix it. Forcing interest rates into the negative helps the powerful who see the acquisition of debt as a profitable business while the less powerful; the savers, the elderly, see their savings dissipate.

Homer Simpson’s plan to get out of a well by digging his way out is not only funny, but a seemingly real-life analogy of life at a Central Bank. We’ve seen low interest rates dip drop lower rates; lower rates drop into zero interest rates. The only way the Bank can see itself getting out of the situation it put itself in is to dig further. Maybe central bank reform is off the cards for now. But if only the Bank had a equivalent of Chief Wiggum to say: