Since 1817 most gold sovereign coins produced by the royal mint have featured the St George and the dragon desgin with few exceptions, however, the 2007 sovereign may be different. During this long period, there have been a considerable number of minor changes to the dies used for the reverse (tail side). This year, the reverse design appears to have been completely re-engraved, although there was no advance announcement of this from the Royal Mint. 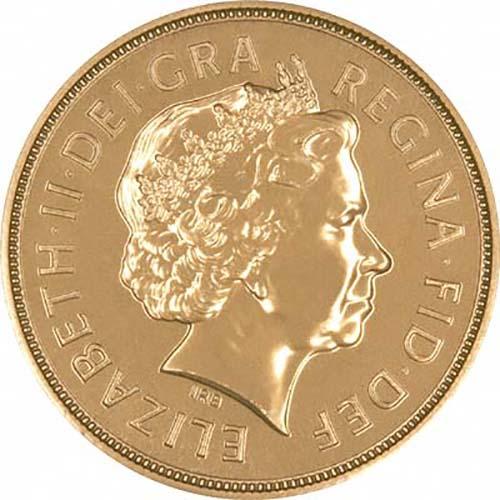 The first thing we noticed about the 2007 sovereigns was that they were a real pig to photograph. We try wherever possible to use our own photographs, although sometimes we use images supplied by the various mints, at least on a pre-issue basis, replacing them with our own images as soon as possible after we receive our first deliveries.Despite our considerable experience in photographing coins, the results can be quite variable. Some coins photograph beautifully, others are really difficult, and require time, patience, and experimentation before we can be happy with the results.The 2007 sovereigns proved to be in the latter category, It took us most of one day to get reasonably acceptable images, and we had to do quite a lot of post-production work on them. It was only once we had the first new images on our websites that we felt we could spare the time to start comparing them, which is when it started to dawn on us that the difference are not all explicable by poor production quality, but that the dies themselves, and also the masters from which they are made, which have been changed.

As far as the obverse is concerned, there appears to be no re-engraving, although there is a considerable loss of definition compared with a year 2000 dated sovereign which we used for comparison. The substantial re-engraving appears to to confined to the reverse side.
Both sides show many signs of hurried, or sub-standard production, with scuffs, radiating striations possibly caused through under-annealing of the blank planchets before striking. Unfortunately Yann, our resident photographer has already cleaned these off our image, to rectify this, we will shortly be creating a separate "Spot the

Difference" page. Almost all parts of the reverse design are different, leading us to conclude that the entire reverse design has been re-engraved. Because of this, it will be almost impossible for us to create a complete catalogue of differences, but we attempt to list the most obvious ones here:- 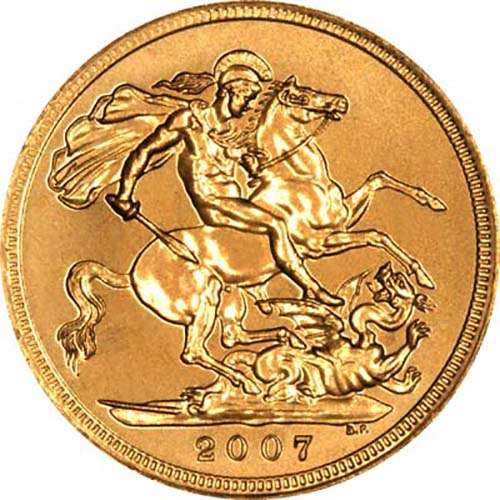 The Mint has confirmed (8/1/2007) that an original die, handmade by the Italian engraver Benedetto Pistrucci has been reworked and new master tools created. The Mint has spent some considerable time choosing what it believes was the most pertinent die (from the reign of George III) with the most accurate detail. Using a combination of hand engraving skills and digital technology, detail lost over the decades was painstakingly restored. Consequently, the 2007 sovereigns have significant differences in their reverse design from the other coins produced from 2000 to 2006. In the 2007 version the shape of the horse's tail has changed, as has the left hand side of the edge of the ground. The initials B.P. (for Benedetto Pistrucci) are also a lot smaller than on previous versions. It is also possible that the folds in St. George's cloak have also been rearranged. The reverse now most closely resembles the version of St. George and the Dragon which appeared on the 1818 silver crowns of George III.

Both the proof and uncirculated versions are in stock now for immediate delivery. Please see our main 2007 sovereigns page for other details. availability and prices.

If you would like to know more about the sovereign, rare and collectable coins and some of the most significant pieces in numismatic history we recommend the following:

The story of the Sovereign

New v Old Sovereigns - Which Are The Best Buy?